One of the signature characteristics of the “Blue Men” performing in the Blue Man Group show, a theatrical performance including music, technology, comedy, and art, is total anonymity.

When the three stars of each show don their “bald and blue” — skullcaps and bright azure greasepaint — the actors become virtually unrecognizable.

They grow quieter, smile less, and appear to experience each earthly sensation anew. They beat on instruments made out of PVC pipes with reckless abandon. They toss marshmallows into each other’s mouths from impossible distances, making grotesque snowmen out of the chewed-up sugary confections and slipping them into an unassuming theatergoer’s purse.

Given this background, meeting a Blue Man outside of his role, wearing glasses and a casual white t-shirt, can be a shockingly normal experience. 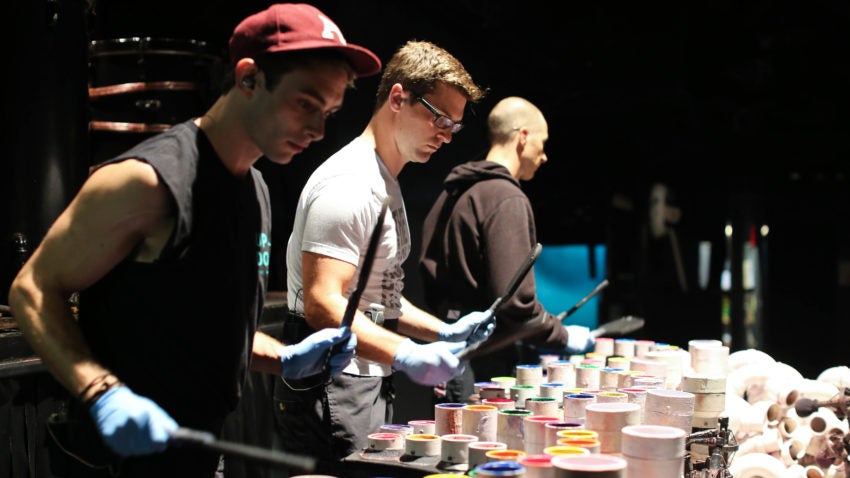 Blaker, center, performs a skit during soundcheck with two other Blue Men.

Blaker had seen Blue Man Group when he was 20 years old, but had never seriously considered trying out, even though the show incorporated many of his passions: drumming, improv, acting, and making people laugh.

“I grew up in a small town where it was all ‘sports or nothing,'” Blaker said. “There wasn’t a huge amount of importance stressed on arts. But I always enjoyed entertaining, whether it was my brothers and sisters, or larger audiences. My dad always says he keeps me around because I make him laugh.”

But then a family friend went to see Blue Man Group in Chicago. Knowing Blaker harbored dreams of being on stage, she immediately reached out and encouraged him to audition.

So Blaker tried out, but didn’t make the cut on his first try.

Three years later, however, Blaker was working as an executive assistant and production coordinator for a show called “Private Sessions” on A&E TV when his phone rang. It was Blue Man Group, asking if Blaker wanted to try out once more. His boss at A&E said he’d fire Blaker if he didn’t audition. 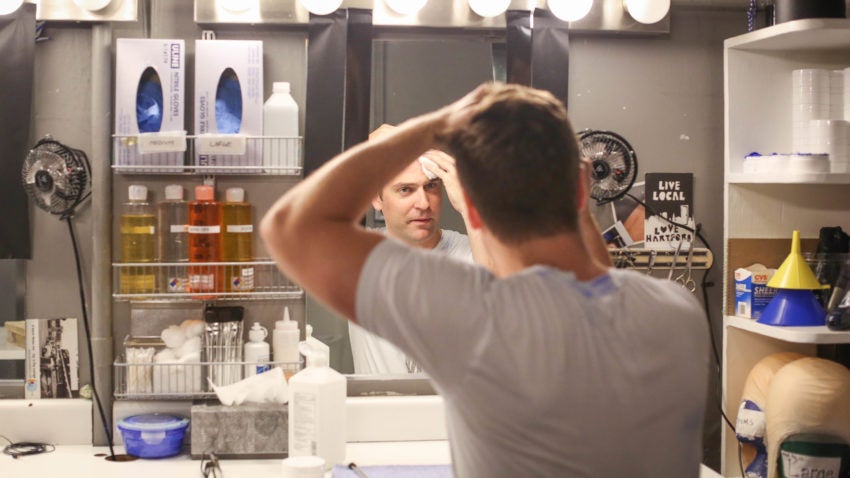 Blaker wipes his face with astringent before applying the iconic blue paint that will make him anonymous.

After a grueling three-day tryout followed by an eight-week training program, Blaker was deemed ready to be blue, and has since been a Blue Man for nearly six years.

Although Blaker still struggles to fully articulate what it means to be a Blue Man, he said the show embodies returning to “childlike wonderment of the world.”

“There’s no judgment or inhibition from the Blue Men. We get to be big kids exploring this space everyday and that space changes depending on the audience and what’s happening that day,” Blaker said.

As an actor, it’s somewhat shocking how much he enjoys being unidentifiable; walking out the back door after a show and having none of the theatergoers recognize him is weirdly liberating, he says.

“I get to put my stupid baggage at the door and come in and play,” Blaker explained, saying that the reason Blue Men hide their hair, ears, and skin color is because those things represent societal boundaries that prevent people from connecting with one another. Without these identifiable traits, “I get to embody who I am as an individual without inhibition,” Blaker said.

“It’s great to watch how people’s walls come down,” he added. “By the end of the show, people are elbowing their neighbors and laughing and having a good time.” 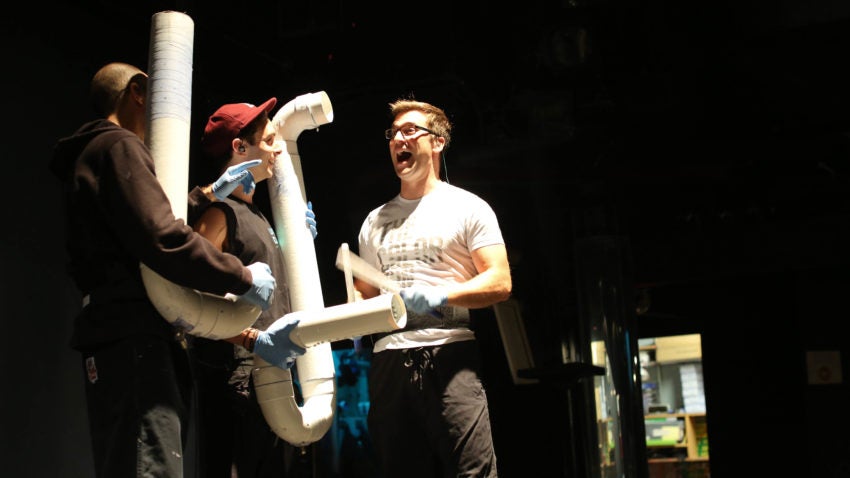 Blaker said whenever he’s having a bad day, the other two Blue Men lift him up and give him energy to perform.

On a recent summer night, the Blue Men began their performance with a skit in which they splattered neon paint onto a blank canvas, using drumsticks to beat out an alien rhythm in vibrant hues of pink and orange. Meanwhile, men wearing black costumes covered in Day-Glo that evoked dancing skeletons pounded an accompanying tribal rhythm from a balcony above.

A child in the third row laughed uproariously from beneath his plastic hooded cape, an item given to all audience members in the splash zone.

Blaker finished his impromptu painting and handed it to a hunched teenage boy. He took the painting, and cracked a grin. 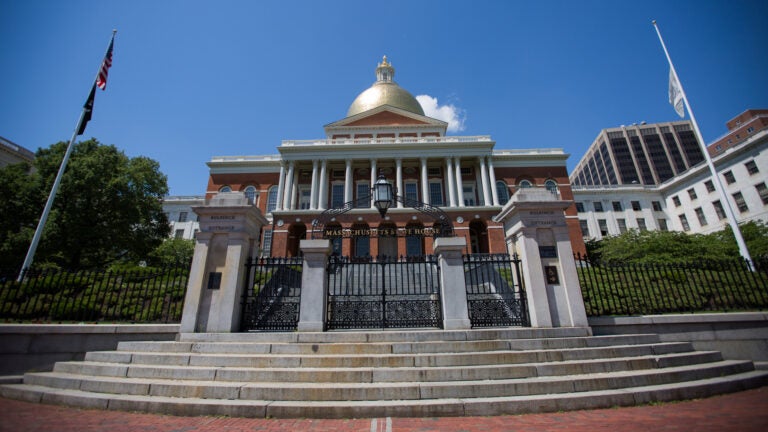