Tyler McClendon, founder of Oxbow Agriculture in Memphis, Tennessee, sees a problem with the way many farming businesses are run. He says farmers often adopt new technologies without giving enough thought to how they will actually make their business more efficient.

“When it comes to actually collecting data on the farm and turning that into metrics to change business – that’s almost non-existent,” McClendon said.

McClendon’s company, which helps customers operate large farms, is different. The former investment banker said he uses big data and analytics to inform all of his business decisions.

That’s why McClendon decided to turn to an unlikely place for farming help — Cambridge, Massachusetts.

Indigo, a Cambridge-based agricultural technology, or “agtech,” startup, is aiming to start an agricultural revolution that hinges on two things: hard science and a promise of profitability for the farmers who use its product.

What Indigo wants to do is make hardier, healthier crops – an interesting prospect for farmers working on lands stripped of nutrients after decades of industrial farming and water scarcity.

In order to do so, Indigo is focused on making better seeds. The company is replenishing seeds with microbes (microscopic organisms that help sustain life) that most common crops like corn, wheat, and cotton have lost over time. To do this, the startup studied hundreds of plant species and utilized machine learning to determine which microbes found in heirloom plants were missing from the modern industrial ones.

Then, Indigo created a microbe seed coating and performed planting tests that showed these special seeds could increase farmers’ crop yield by 10 percent over uncoated seeds.

“Their R&D process is fundamentally better than most biology products,” McClendon said. “Many companies simply go out and look at what’s in the dirt and take a bunch of microorganisms that may or may not work and salt and pepper them all over the earth. Indigo isolates plants that do well in stress environments and figure out what microbes on them do really well.”

For example, the microbes covering Indigo’s cottonseeds have been selected to help make plants more resilient by reducing how much water the cotton plant needs. But Indigo also plans on making more microbe coatings that address issues like insect infestations and soil with low nutrient content.

McClendon, who operates over 40,000 acres of land in Arkansas, partnered with Indigo this past spring and planted 1,000 acres of Indigo Cotton. He didn’t have much to lose, since Indigo doesn’t charge farmers up front. Instead it pays to have the seed coated and only receives payment if the yield increases are realized in the field.

Though he’s hesitant to comment on the success of Indigo’s product till he harvests the cotton this fall, McClendon said he’s noticed a “visual difference” between the treated and untreated cotton plants. “The treated plants look healthier than normal,” McClendon added.

McClendon isn’t the only person excited by Indigo’s profit model and product.

The startup’s latest funding round raised $100 million in financing from investors and is being recognized as the largest private equity financing in the agtech sector ever.

“The thing most interesting to me about Indigo is that we have the potential to provide value to both farmers and consumers. That sounds really simple but remarkably there’s no one that really does that today,” Perry said. “The tech available to farmers today are things like herbicides, insecticides and fungicides, genetically modified seeds — things most consumers would rather them not be using. So farmers have this tension between using tech to help them make a profit and what customers ultimately want them to use.”

Perry, a serial entrepreneur who previously co-founded Anacor Pharmaceuticals, sees it as a personal mission to produce more food that’s healthier and more sustainable due to a family history of heart disease.

“A few years ago I had the opportunity to take a step back and think about how I wanted to spend the next phase of my career,” Perry said. “Over the previous two to three years, I had developed an interest in food.”

“How are we going to produce enough? How can we do it sustainably? And how can we help people make food choices that are better for their long-term health?” Perry began asking himself. “I decided to focus on addressing the big questions.”

For farmers like McClendon, Indigo’s purpose is easy to support.

“As a business, we believe our purpose is to feed the world,” McClendon said. “The big challenge for agriculture today is still to grow enough food. The Western world is very fortunate. We worry about organic or Non-GMO, but for most of the world, the challenge is still getting enough food.” 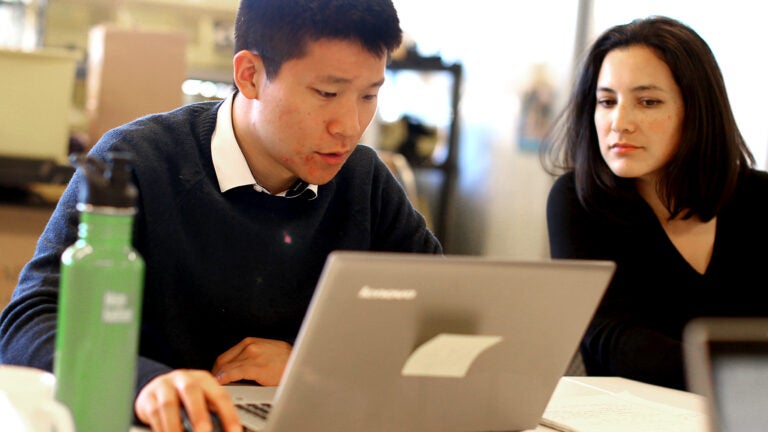