The biology lab as we know it might be a dinosaur. That’s why it’s appropriate that the robots at Ginkgo Bioworks in South Boston are nicknamed after prehistoric creatures like “Sivatherium.” They’re helping to automate routine experiments at the Boston biotech start-up, making mindless manual lab work extinct. It’s part of a factory for living cells, where single cell organisms like yeast and E. coli become the basis for fragrances, food ingredients, and sweeteners. These “custom microbes” are why synthetic biologists at Ginkgo have been called the next rock star designers, synthesizing grand ideas from the building blocks of life.

But adding robots to a traditionally hands-on field is still something of an experiment, and implementing the nuances of biology can feel like a corralling a finicky beast. “Biology is the most powerful technology on the planet that we don’t understand. To design and engineer it is difficult, and must be treated with respect,” said Jeff Lou, Ginkgo’s head of automation. He deploys robots to work side-by-side with organism engineers, speeding up the discovery process. The Globe recently spoke with Lou about industrializing the life sciences.

“We have 31 robots at Ginkgo Bioworks. They work in our open-format ‘foundry,’ as opposed to more traditional research labs, which might be characterized by orderly benches. The robots intermingle with scientists, making for a pretty dynamic operations. For a field like synthetic biology, which traditionally is considered ‘impossible’ to automate, I must think very abstractly about what actions – experiments, sample preparations – are best performed by humans or by robots.

“Almost all of our robots are custom programmed to fit into the different operations we have, which includes manufacturing, reading, and editing DNA. Since a DNA sequence in one organism rarely works the same way in another, robotics and software allow us to test many more prototypes. It allows us to explore experimental space that would be impossible without them. One of my favorite robots is Draculae – an extinct giant vampire bat – which can transport tiny droplets of liquid using sound. Machines are really good at moving tiny amounts of liquid, ranging from teaspoons to droplets to microscopic sprays of fluid. Robots are capable of performing vast numbers of transfers. Humans can maybe do 100 transfers by hand in 15 minutes; for a robot, this same action would take maybe 30 seconds. But robots find it tough, for example, to work with a glass vial – closing, opening, transporting – because they’re fragile and can shatter.

“And it’s not true that robots achieve great results immediately. Often the amount of work required to setup a seemingly simple operation can be masked, Many hours can be spent teaching and verifying the robot to know a location, for example. And there’s much fear around robots — that they are potentially malicious or incomprehensible. I’m a skeptic, too, in some ways — enthused by the technology but knowing that it inherently carries some risks. It’s important to have a conversation about what our fears are about. But here at Ginkgo, robots free up humans to think about the next experiment, work on data to prove something, look at literature – or just go and take a longer lunch break. Just kidding about that last point, of course.” 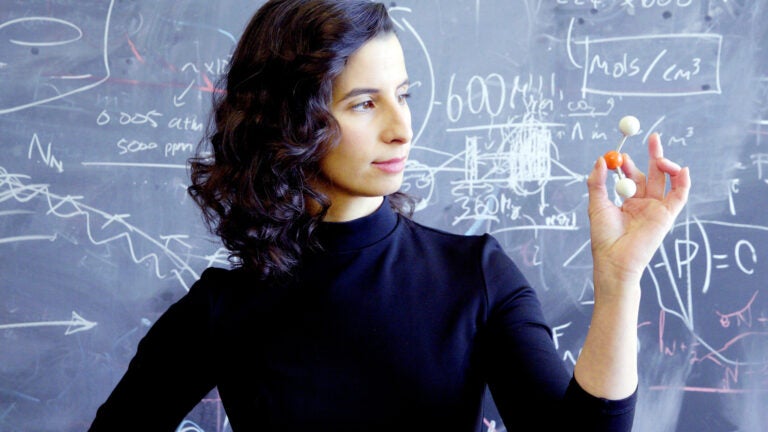 Life on Venus? M.I.T. and Harvard astronomers see a signal in its clouds