Jerry Akers, the owner of 36 hair salons in Iowa and Nebraska, had 70 open positions for more than six months. The company shrank during the pandemic, but as he tried to staff back up amid the reopening in the spring and summer, Akers had trouble finding enough people to work as the delta variant spiked.

But something changed over the last month. The number of applicants online picked up. And suddenly Great Clips was able to hire 10 people after months of struggling to find workers, bringing the number of its openings down significantly for the first time all year.

“You almost give up hope when it takes several months to do what you need to do,” Akers said. “But we are seeing some forward momentum. There seems to be a little more interest for people to start getting back to normal.”

The labor market has endured a couple of disappointing months, denting the country’s confidence after vaccine skepticism and the delta variant’s surge conspired to obliterate the optimistic projections for the late summer and fall.

But with caseloads falling and the country’s vaccination rate rising slowly but steadily, the labor market is now seeing some signs of a hiring boost, as the country continues to climb out of the gigantic employment hole left by the pandemic.

New unemployment claims have fallen every week for a month straight – down to a pandemic low of 281,000 – after elevated figures through much of the pandemic. Business surveys, like IHS Markit’s purchasing managers’ index, show that service sector employers – the largest portion of the economy, by far – are increasing workforce numbers at the quickest rate since June, when the country added nearly 1 million workers to the payrolls.

And consumer confidence, the engine of the U.S. economy, reversed a months long slide in October to mark high numbers, according to the Conference Board’s monthly survey. Consumers were also the most optimistic about their own prospects to find jobs since 2000, the survey found.

Consumer desire to travel was the highest since before the pandemic. Restaurant reservations have recovered in October, from a dip in September, as measured by data from Open Table, to nearly return to pre-pandemic levels. Overall coronavirus cases have gone down by more than 50 percent since the peak mid-September.

“Job growth picked up in the month of October, with a lot of the temporary head winds that held it back in the last few months less of an issue,” said Bill Adams, senior economist for the PNC Financial Services Group. “I think one of the reasons job growth was faster in October is people felt like they were less likely to be pulled out of the workforce.”

Akers said that has definitely been the case with his workforce.

The company’s employees are overwhelmingly women, most of them mothers, and many of them single mothers, he said. Problems with finding adequate child care – difficulty finding day care facilities that are still open or have enough staff – has held back his staff throughout the pandemic, he said.

“So many of our employees or potential employees just had a terrible time finding day care,” he said. “Now there are more opportunities for our staff to find somebody to watch their children. So if I had to pick one thing that’s driving the higher interest right now, it’s he fact that there’s a slight change in the day care situation.”

Gail Myer is the chief operating officer of Myer Hospitality, a group of six hotels in Missouri. The company has had a hard time hiring as well, and are currently about 6 percent below full staff, with eight open positions. But the last few weeks have brought an increase of applications the hotel company’s way, he said. Overall, they have been able to move quicker on hiring since about mid-September, he said.

“I wish I knew the answer, but I really don’t know. It’s just a pleasant surprise,” he said. “What the pandemic did is it changed many people’s lives in different ways. My sense is that there is a return closer to normalcy. But it’s not floodgates opening, it’s a journey. Each person is having to work out their specific situation.”

The country has worked its way out of the deep crater in the labor market – 22 million jobs lost in the earliest days of the pandemic – in fits and starts, gaining the first half of those jobs back by August 2020, before the recovery sputtered out amid the winter surge last year.

It has added just over half of the remaining 11 million jobs so far this year. And it still needs to gain back at least 5 million jobs to match the number of jobs it had before the pandemic, or even more to account for what would have been typical growth over a non-crisis period.

But the country added just 560,000 jobs in total during August and September, well below the more than 2 million it added in June and July. The September share of the haul – 194,000 jobs, was particularly disappointing.

Economists are more circumspect with their predictions now, saying that the recovery from the unprecedented public health and economic crisis has proved to be more unpredictable than expected. Months where 1 million jobs are added may be a thing of the past, as supply chain issues, labor shortage woes, inflation and other wrinkles continue to complicate the recovery.

“The jobless claims data implies that people are streaming back into the workforce. The real question is, will it be the composition that we’re looking for?” said Joseph Brusuelas, chief economist at the firm RSM, saying that the country is still waiting for an uptick in employment among demographic groups like Black and Latino women. “It’s not going to be all in one month. It’s going to be spread out over two to six months. And that’s not going to be palatable to anybody in the policy sector or anybody who is a voter, right? But we’re starting to see it.”

Nick Bunker, an economist at the online jobs site Indeed, said that the number of job postings continued to grow on the site. But the company has not seen an increase in job search activity; the number of searches by people 18 to 64 actually ticked down in October, ever so slightly, but it was not statistically significant, he said.

“In other words, another month of data and there’s no sign of a quick or sudden return of jobseekers this month,” he said. “Labor supply is still likely to return as pandemic-era factors fade, but it’s clear now that the return will be more gradual than many of us thought earlier this year.”

Akers was careful not to be overly optimistic about the march back to full employment at his company. 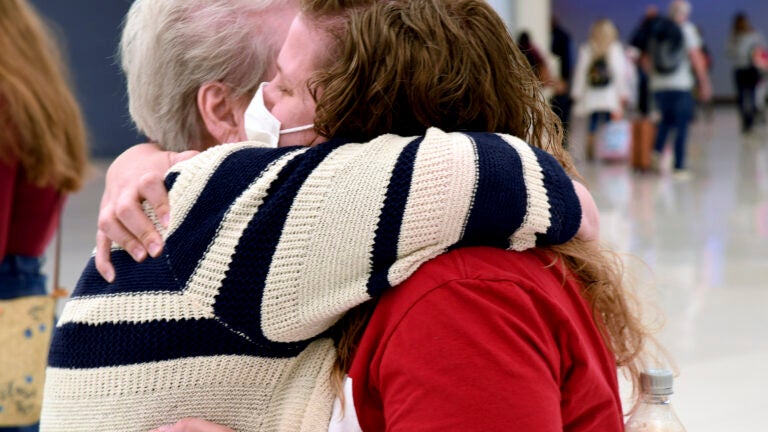 Families struggle with how to hold 2nd pandemic Thanksgiving