Veteran and media personality Montel Williams has fought for patient access to medical marijuana for over two decades.

Last week, he took the next step in his mission to help people dealing with chronic pain by launching his own, personally blended line of cannabis vape cartridges, which are meant to deliver consistent cannabis experiences.

They’re part of his new brand of cannabis products called Inspire by Montel, which is a culmination of his 21 years of advocacy.

It all started when Williams was diagnosed with Multiple Sclerosis (MS) in 1999.

MS is a disease where the body’s immune system eats away at the protective covering of your nerves, disrupting signals from the brain to the body. It can result in many different symptoms, including vision loss, pain, fatigue, and impaired coordination.

Williams said in a press release that he experiences neuropathic pain 24 hours a day due to his MS. In 1999, doctors were prescribing him painkillers to help.

“When I was first diagnosed with my illness, I literally got sick of being put on opioids that almost caused an opioid addiction for me,” he said in an interview with Boston.com.

Williams said one of his doctors recommended trying cannabis to help with his pain, having heard from other patients that it worked for them.

Williams tried cannabis in 2001 to help with his symptoms, and has been using it ever since.

“It’s helped me manage my symptoms, and I have a myriad of symptoms. Everything from muscle spasticity to neuropathic pain, neuropathy,” he said.

“It’s helped me manage that and make it more manageable than any other pharmaceutical that I’ve ever used.”

Williams said he uses cannabis daily to manage his symptoms, and that it helped him host his show for many more years.

According to the National MS Society, Williams is not alone. Studies show cannabis can helps MS patients with muscle spasticity and pain, the society says.

After how much cannabis helped him, Williams began advocating for patient access to medical cannabis. He said he spoke in front of state legislatures all over the country.

“I’m trying to make sure that other patients like myself have access to efficacious medicine all over the country,” he said.

This was in 2001, long before medical marijuana was a popular political issue. He said when he began his advocacy, many people were surprised to see a popular public figure such as himself speaking out about medical cannabis.

“There were hardly any celebrities or any public-facing people who came forward like I did to talk about my use of cannabis,” he said.

“But I did so because I wanted to try to help take the stigma away. And I think that’s what I was able to do.”

Now, 21 years later, Williams has chosen to work with Taunton’s own Freshly Baked Company to help create his own cannabis products.

Williams said he decided to work with the company after he hosted the owners, Jenny Roseman and Phil Smith, on his podcast, and they quickly connected.

Like Williams, Roseman and Smith are both veterans, and they started Freshly Baked Company after finding that cannabis helped them manage their PTSD.

“They started the company for a good reason,” Williams said. “They’re honest, and they do exactly what they say they’re gonna do. And they produce a really good, clean product.”

Williams said he got the idea for his first line of cannabis products simply from not finding what he wanted from other cannabis brands.

“I just got tired of looking around for products that no one else was making, so I decided to make them myself,” he said.

“Everybody’s experience is a little different, but I’m trying to put out a product that I think has some consistency in what it does,” he said. “So therefore other people who are looking for the same kind of relief I get, they can use my product and get it.”

Smith said Inspire by Montel vape cartridges are pretty special for a number of reasons. Firstly, he said, it’s one of the first and few CBD vape cartridges in the cannabis market right now.

Having a vape cartridge that is 90% CBD is really rare, Smith said, since the market is mostly focused on recreational products that favor THC.

Secondly, he said, people get the best medical benefits from cannabis when THC and CBD are mixed together, like in Williams’s vape cartridges.

And thirdly, these vapes are formulated specially by Williams himself. It’s a proprietary blend Williams put a lot of thought into, Smith said.

“Montel is very much focused on the medical side, so that’s why his vape is way different than anyone else on the market,” he said.

Smith said the reaction to the Inspire by Montel vape pens has been very positive. He said he himself uses the “calm” pen regularly to help with anxiety.

Smith said it’s not only a dream come true as a long-time fan to be working with Williams, but that Williams has been deeply reaching people as he traveled around to the 10 cannabis shops around Massachusetts that currently carry Inspire by Montel.

“He transcends all groups,” Smith said. “He literally changes people’s lives when they just see him. It’s pretty remarkable.”

But Williams is far from done creating original cannabis products. Smith confirmed that there will soon be more products coming out under the Inspire by Montel line.

To find out more about Inspire by Montel products and for a list of where they can be purchased, visit inspirebymontel.com. 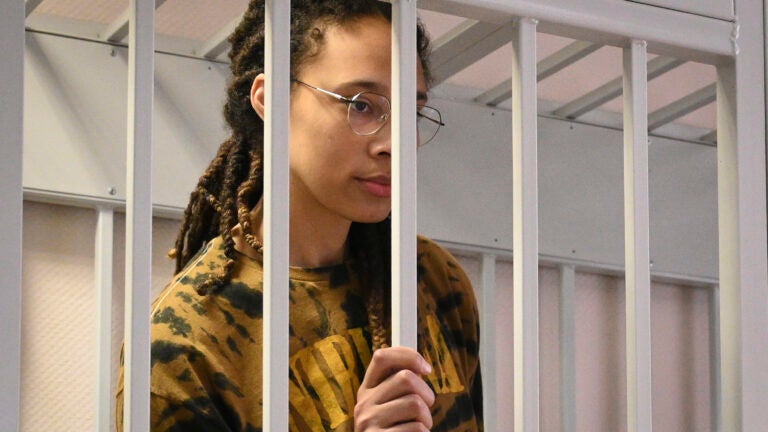