SAN FRANCISCO (AP) — Google is unveiling a small tablet computer bearing its brand in a challenge to Amazon’s Kindle Fire.

The Nexus Seven is designed specifically for Google Play, the online store that sells movies, music, books, apps and other content — the things Amazon.com Inc. also sells for its tablet computer.

Both tablets have screens that measure 7 inches diagonally, smaller than the nearly 10 inches on Apple Inc.’s popular iPad. The Nexus Seven will also be light — at about 0.75 pound, compared with the Kindle Fire’s 0.9 pound. The iPad weighs 1.44 pounds.

The Nexus Seven will ship in mid-July starting at $199 — the same price as the Kindle Fire. By contrast, iPads start at $499. Customers can start ordering it through Google on Wednesday, initially in the U.S., Canada and Australia.

Andrew Rassweiler, an analyst with IHS iSuppli, said he suspects Google will be subsidizing the tablet to sell it starting at $199.

The Nexus Seven has more features than the Kindle, including a front-facing camera. The Kindle is believed to be roughly break even at that price. Samsung Electronics Co. sells a tablet similar to Google’s for $250.

Google also announced a home entertainment device called Nexus Q. It sends content from your personal collection or YouTube to your existing TV and speaker systems. You control it through a separate Android phone or tablet.

The Nexus Q, which Google is calling the world’s first ‘‘social streaming device,’’ will available in July in the U.S. initially and sell for $299.

Google made the announcements during a keynote to open its annual conference in San Francisco for computer programmers.

Google also demonstrated its futuristic, Internet-connected glasses by having parachutists jump out of a plane above San Francisco. The audience got live video feeds from their glasses as they descended to land on the roof of the Moscone Center, the location of the conference.

At the event, Google provided an update on its Google Plus social network, which the company considers crucial to challenging Facebook Inc. for users and advertising. Google said the year-old social network now has 250 million, far smaller than Facebook’s more than 900 million but larger than what Facebook had at the one-year mark.

Google said more people use Google Plus from mobile devices than traditional computers. On Wednesday, it introduced a Google Plus app for Android tablets and said one for the iPad is coming ‘‘very soon.’’

Google’s expansion into the tablet market with the Nexus Seven brings another imposing entrant into what is already a battle of tech heavyweights. Last week, Microsoft Corp. announced its own tablet, Surface. Expected to go on sale this fall, Surface will run on a revamped version of Windows and compete directly with the iPad.

Although the tablet carries the Google brand, the machine will be made by AsusTek Computer Inc. Google also recently expanded into the device-making business with its $12.5 billion purchase of Motorola Mobility, but the company has stressed that it intends to continue to rely on Asus and other manufacturers that have embraced Android.

There are already other Android-powered tablets on the market, but none have proven nearly as popular as the iPad or Kindle Fire. That has raised worries at Google as more people rely on tablets to surf the Internet.

If Apple and Amazon establish themselves as the dominant tablet makers, they could set up their operating systems in ways that de-emphasize Google’s Internet search engine and other services. Apple develops its own system, while Amazon modifies Android for use in Kindles.

Apple already has announced that the next version of the iPad operating system will abandon Google’s digital maps as the built-in navigation system. That shift could cause neighborhood merchants to spend less money advertising on Google.

Earlier Wednesday, Google unveiled a new search tool to help you get the right information at the right time on your mobile device. Called Google Now, the tool will be part of Jelly Bean, which will be available in mid-July. Some devices, including the Galaxy Nexus, will get the upgrade automatically over the air.

With Google Now, if you say ‘‘traffic,’’ for example, it will look at your usual commute to work and show you alternative routes if there’s a lot of traffic. It will tell you the scores of your favorite sports teams automatically, and it will keep you up to date on flight statuses if you are flying somewhere. You’ll have to activate Google Now to start using it.

Google Inc. said the Google Now feature will get smarter as you use it more.

The feature bears resemblance to the Siri virtual assistant on Apple’s iPhone.

Google said there are a million new Android devices activated daily, up from 400,000 a year ago. Google says there’s particularly fast growth in emerging markets such as Brazil and India. Android is now the chief rival to the mobile software running Apple’s iPhone and iPad. 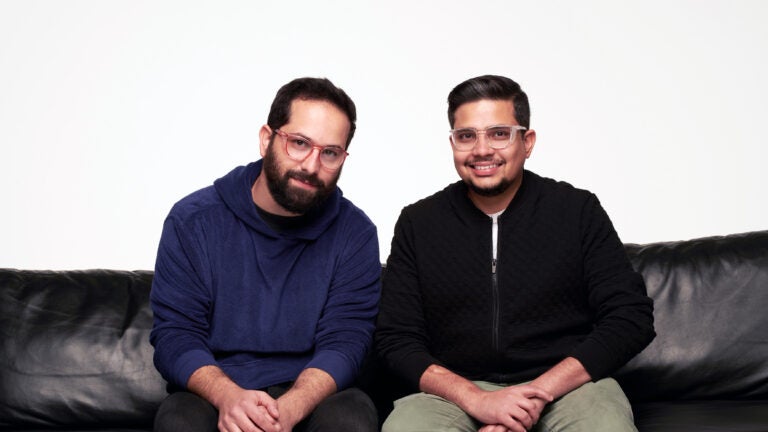 You’re still being tracked on the internet, just in a different way