A fire at two apartment buildings in Manchester has left at least 12 people homeless, and firefighters consider it suspicious. WMUR-TV reported that Fire Chief James Burkush said an off-duty firefighter driving home was the first person inside the apartments on 333 Central St. at about 6 p.m. Monday. He ran inside to get residents out. ‘‘As I got there, I realized it was a fully occupied three-decker that was heavily involved on fire,’’ said Lieutenant John Couture, who was taking his son to football practice when he saw the fire. Couture said he thought, ‘‘I’ve got to do something and do it quick.’’ Firefighters say no injuries were reported. 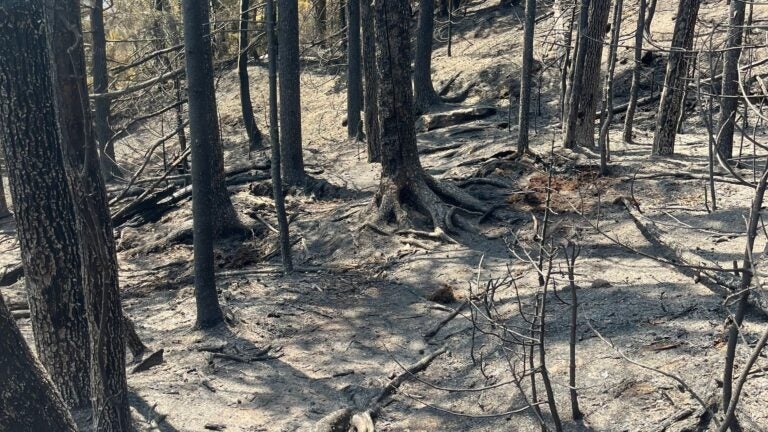 Part of the Appalachian Trail in N.H. is closed due to 48-acre brush fire