It was an elaborate crackdown, the first of its kind in West Bridgewater: Plainclothes officers stationed along Route 106 spotted dozens of people engrossed in their cellphones while they drove. A quarter-mile ahead, uniformed officers pulled the drivers over, 51 in total, for texting while driving.

But while 37 people were given $100 citations or warnings, 14 others were let go. They were not texting, they explained; they were dialing a call or looking at directions, both still legal.

The Jan. 5 operation, prompted in part by an increase in rear-end accidents in the town, highlights the prevalence of texting while driving, while illustrating why more jurisdictions are not cracking down.

When officers are alone on patrol, West Bridgewater police Lieutenant Victor Flaherty said, it’s nearly impossible for them to ascertain who should be pulled over for violating the law and who is using their phone legally, for instance to help guide them to their destination.

To enforce the law effectively, he said, the state needs a total ban prohibiting all use of handheld cellphones while driving, requiring drivers to go “hands-free’’ by using a headset, speakerphone, or voice dialing. As it is, he said, “you can’t really tell the difference beween what they’re doing. . . . There’s no way to enforce this on a regular basis.’’

Since the texting ban went into effect in September 2010, police departments around the Bay State have issued increasing numbers of citations to drivers. In the first nine months of 2012, the latest statistics available, 1,278 citations were issued statewide. During the same time period in 2011, citations were issued to 860 drivers.

Still, the numbers are low. On Jan. 5, in one four-hour stretch, West Bridgewater officers issued more citations than most towns give out in one year. In the first nine months of 2012, Boston police issued 52 violations.

Jeff Larson, president of the Safe Roads Alliance, a statewide organization that promotes safe driving, said he has heard many law enforcement officers worry that the current law is not enforceable. “It’s a problem, and we knew it was going to be a problem from the moment the law was passed,’’ Larson said. “A hands-free component to the law would allow police to enforce it more effectively.’’

But such a measure does not come easily. A hands-free law has passed twice, handily, in the Massachusetts House as part of more comprehensive bills on vehicular safety, but could not garner enough support in the Senate.

Mark C. Montigny, a state senator from New Bedford who has filed “hands-free’’ legislation in the past and plans to do so again, criticized the current texting ban as an unreasonable burden on police. Passing a “hands free’’ requirement is “definitely a fight worth fighting,’’ he said.

Part of the resistance may have to do with a lack of evidence that any ban would work. A study published last year by MIT

questioned the effectiveness of cellphone bans, demonstrating that drivers who use cellphones in the car are predisposed to risky behavior and drive more dangerously, with or without a phone in hand.

Still, Representative Joseph F. Wagner of Chicopee, disappointed by low numbers of texting citations, is proposing a law requiring drivers to use Bluetooth earpieces or speakerphones if they plan to talk on their phones. They would also be required to use a voice- activation system to make calls.

“Removing the devices from people’s hands is the only way to prevent texting,’’ Wagner said. “I am determined to try and advance this again from the House and to work with the Senate. It makes sound public policy sense. This measure wouldn’t inconvenience anyone.’’

Wagner said he has grown annoyed at those who make a distinction between the dangers of tapping out a message behind the wheel and dialing a phone number.

When it comes to the difference between the two ways of using a cellphone, he said, “I don’t particularly care. The fact is, they’re both distractions; they’re both preventable. We should do it, and we should do it sooner than later.’’

The West Bridgewater crackdown, Flaherty said, was born of his frustration watching fellow drivers tapping at their phones.

Between mid-November and mid-December, there were 20 rear-end collisions on Route 106 in West Bridegwater, an unusually high number, he said. While driving around town off duty, Flaherty said, he was dismayed to see the number of people staring into their laps while driving down major thoroughfares.

West Bridgewater police conducted the crackdown by stationing two officers in unmarked vehicles 100 yards apart on each side of Route 106. The officers watched for texting drivers, making double-confirmation before radioing officers in marked cruisers who pulled them over.

Most admitted to using their phone for illegal purposes, and received $100 citations. One woman corrected the officer who pulled her over, saying she was not texting, but scanning Facebook.

Even in Brookline, known as one of the state’s most aggressive cities when it comes to ticketing texters, police Captain Michael Gropman said it is usually possible to catch drivers in violation of the law only when they are driving slowly.

“It’s easier to catch somebody at a stoplight or in heavy traffic than it is driving the roadway at 45 miles an hour,’’ said Gropman. Brookline, he added, has also been plagued by increasing numbers of rear-end collisions.

A. Wayne Sampson, executive director of the Massachusetts Chiefs of Police Association, said West Bridgewater and Brookline are not the only law enforcement agencies puzzling over how to enforce the law. Even if an officer believes he or she saw a driver texting, they may decide not to pursue issuing a citation because drivers can simply say they were dialing a number, rather than texting. Drivers are not required to hand over their phones when they are pulled over by police, so there is no way an officer can immediately know if the driver is telling the truth. 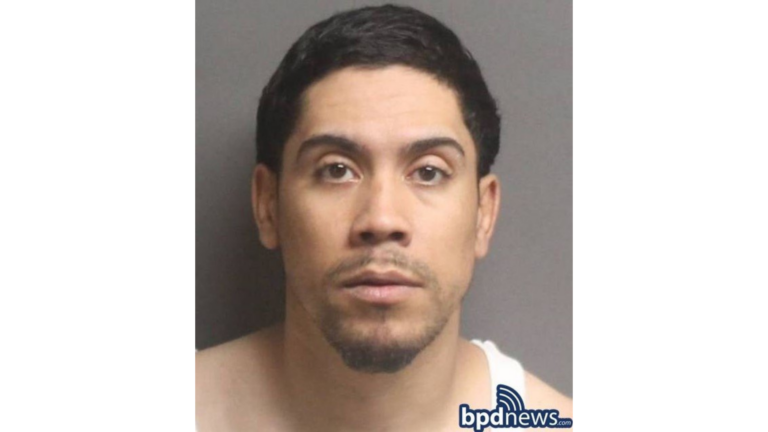