Massachusetts has a national reputation as a bastion of gun control, but crimes and injuries related to firearms have risen — sometimes dramatically — since the state passed a comprehensive package of gun laws in 1998.

Murders committed with firearms have increased significantly, aggravated assaults and robberies involving guns have risen, and gunshot injuries are up, according to FBI and state data.

To gun-rights groups like the National Rifle Association, these statistics are evidence that gun control does not work. But to gun-control advocates, the numbers show that no state — no matter how tough the laws — is protected from firearms violence when guns are brought in from other states.

“The quality of your gun-licensing laws is only as good as those surrounding you,’’ said James Alan Fox, a Northeastern University criminologist.

By that measure, according to gun-law proponents, Massachusetts has proved to be vulnerable. Only two states have a higher percentage of out-of-state guns found at crime scenes, according to a study by Mayors Against Illegal Guns, a group cofounded by Boston Mayor Thomas M. Menino.

Many guns found in Massachusetts travel only a short distance: 133 crime guns were traced to New Hampshire in 2011, and 79 to Maine, according to the federal Bureau of Alcohol, Tobacco, Firearms, and Explosives. Those states alone accounted for nearly one-third of the 669 crime guns traced to states outside of Massachusetts.

New Hampshire and Maine, unlike Massachusetts, do not require a permit or license to buy a gun, although weapons bought at federally licensed gun shops are subjected to a background check.

“If you’re a kid in New Bedford and you had a beef with somebody, what do you do? You drive three hours to Maine to buy a gun,’’ said New Bedford Mayor Jonathan Mitchell, a former federal prosecutor in Boston, who appeared with Menino and other Massachusetts mayors last week to press for stricter gun laws.

Despite the threat posed by out-of-state guns and the increase in firearm deaths, Massachusetts still had the second-lowest rate of such fatalities in the nation in 2010, according to the latest data from the Centers for Disease Control and Prevention, or CDC.

But calls to crack down on out-of-state guns, sometimes bought by straw purchasers who resell them illegally to criminals in Massachusetts, have become more urgent as gun crimes and injuries have increased.

In 2011, Massachusetts recorded 122 murders committed with firearms, a striking increase from the 65 in 1998, said Fox, the Northeastern professor. Nationwide, such murders increased only 3 percent from 1999 to 2010, the CDC says.

There were increases in other crimes involving guns in Massachusetts, too. From 1998 to 2011, aggravated assaults with guns rose 26.7 percent. Robberies with firearms increased 20.7 percent during that period, according to an FBI analysis conducted for the Globe.

The rise in Massachusetts shootings extends beyond crime. All gunshot injuries not resulting in death, including accidents but excluding suicide attempts, increased 20 percent from 2001 to 2011, according to the state Department of Public Health. Across the country, the rise was 18 percent, the CDC reported.

The increases have occurred despite gun-control laws, passed in 1998, that state officials describe as among the nation’s toughest, with a ban on semiautomatic assault weapons, more stringent licensing requirements, and a mandate that firearms be stored safely.

To gun rights advocates, those laws were misguided. In 1998, “they were just creating this huge set of laws that dealt with lawful people — what you can and can’t do — rather than focusing on the criminal element,’’ said Jim Wallace, executive director of the Gun Owners’ Action League, the Massachusetts affiliate of the NRA.

The debate over gun control has been stoked by the recent shooting deaths of 20 first-graders and six educators in Newtown, Conn. The tragedy has spurred Massachusetts legislators to reexamine the gun laws. “This is a national problem that all too easily spills over state borders,’’ Somerville Mayor Joseph Curtatone said at the news conference with Menino. “Just because we’re already tough doesn’t mean we shouldn’t do more.’’

That thinking is behind bills to strengthen the gun laws, including a proposed ban on high-capacity magazines and better access to mental-health records, that have been filed by Governor Deval Patrick and state Representative David Linsky, a Natick Democrat and former state prosecutor.

“I do think that access to guns is part of the problem, and that people can pretty easily get a gun even if they couldn’t get a gun here in Massachusetts,’’ McDevitt said.

Deaths by firearms in New Hampshire occur at twice the rate in Massachusetts; in Maine, the rate is triple.

“Massachusetts probably has the toughest laws on the books, but what happens is people go across borders and buy guns and bring them into our state,’’ Menino said last week. “Guns have no borders.’’

Philip Markoff, known as the “Craigslist killer,’’ bought his alleged murder weapon in New Hampshire. Markoff, a former Boston University medical student, was charged with shooting a masseuse in a Boston hotel in 2009. He was awaiting trial when he committed suicide the following year at the Nashua Street Jail.

According to law-enforcement records, Markoff bought a 9mm pistol at the State Line Gun Shop in Mason, N.H., while using another man’s New York driver’s license and falsely saying he had attended college in New Hampshire.

Menino and many gun-control activists are pushing to make illegal firearms trafficking a federal crime. They argue that ito would help crack down on straw purchasers who buy weapons in states with lax gun laws, return to tougher jurisdictions like Massachusetts, and resell the weapons to criminals and other unlicensed buyers.

Mitchell, the New Bedford mayor, says national legislation to create consistent, universal background checks would also help. An estimated 40 percent of firearms, sold privately or at gun shows in the United States, are not subject to background checks, which search government databases for criminal or mental-health records that would prohibit a sale.

Despite calls for stricter purchasing laws, many gun-rights advocates argue that the rise in firearms violence shows that too much attention has been placed on regulation and not enough on tracking criminals. Legal gun ownership in Massachusetts has plummeted since 1998, from about 1.5 million licensed owners to 230,000, said Wallace, the Gun Owners’ Action League official.

Meanwhile, he said, the state’s gun laws “had really no effect on crime. But what they have managed to do is disarm the lawful gun owners. Obviously, we did something drastically wrong as a society in 1998 when the Legislature passed those laws.’’

Instead of burdening responsible gun owners with a slew of regulatory hurdles, Wallace suggested, authorities should relax licensing laws and draw up a list of “prohibited persons’’ to deny weapons to criminals and the mentally ill.

Gun-control advocates scoff at the notion that rising gun violence can be attributed to the 1998 laws. Instead, they suggest, the problem is linked to large cuts in police budgets, recession-related poverty, and the continuing flow of guns from out of state. “Since 2000, law enforcement funding has been cut by billions across the nation,’’ said John Rosenthal, founder and chairman of Stop Handgun Violence, an advocacy group based in Newton.

Instead of crimping the ability of law enforcement to combat gun crime, he said, those funds should be restored. And states with strict gun laws like Massachusetts, Rosenthal added, should be protected by a uniform system of background checks that applies to every state. 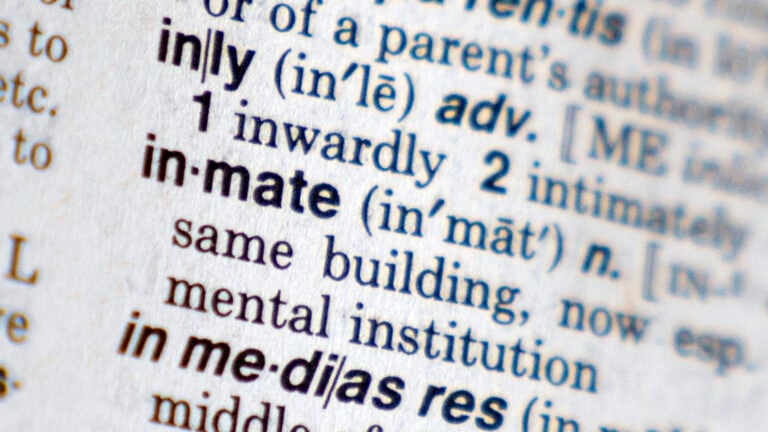