Federal investigators, in an unprecedented display of confidence that the most infamous art theft in history will soon be solved, said Monday that they know who is behind the Gardner Museum heist 23 years ago and that some of the priceless artwork was offered for sale on Philadelphia’s black market as recently as a decade ago.

In the most extensive account to date of the investigation, Richard DesLauriers, the FBI special agent in charge of the Boston office, would not identify those involved in the heist, saying it would hinder the ongoing investigation. But he said that knowing the identity of the culprits has “been opening other doors’’ as federal agents continue their search for the missing artwork.

Though officials did not provide details about the thieves, or say how long they have known their identity, the disclosure seemed to confirm a line of inquiry that emerged last spring. That was when the FBI searched the Connecticut home of a Mafia figure with ties to Philadelphia organized crime.

The heist, in which 13 works of art were taken, was one of the largest property thefts in world history and one of the most sophisticated, a mystery that has become fodder for crime novels and movies.

DesLauriers said the investigation into the heist has intensified since 2010 and that investigators have since been able to track the artworks from Boston as they changed hands through organized crime circles in Connecticut and Philadelphia, where several were offered for sale roughly 10 years ago. From there, however, the trail went cold.

Monday’s announcement came on the 23d anniversary of the heist as part of a broad public campaign the FBI is initiating to raise awareness about the crime, the artworks, and a $5 million reward for their return, in hope of a new break in the case.

“We want to make the images of the stolen art and the reward offer known worldwide, loud and clear,’’ DesLauriers said at a press conference in Boston. “To close the book on this investigation, we need to recover the art and return it to its rightful owner.’’

He said the FBI will post images of the stolen art on digital billboards around Connecticut and Philadelphia and will post podcasts about the the artworks and the heist on a new website.

The information campaign is similar to the one that led to the successful arrest of James “Whitey’’ Bulger two years ago after 16 years in hiding. Federal investigators had maintained that following Bulger’s arrest, they would turn their focus to the Gardner Museum heist, one of Boston’s great mysteries.

“I think we’re all optimistic that one day soon the paintings will be returned to their proper place in the Fenway,’’ said US Attorney Carmen M. Ortiz, who said she recently visited the museum, noticed the empty frames where the artworks once hung, and realized “the enormous impact of this theft.’’

Two men dressed as Boston police officers conned their way into the museum in the early-morning hours of March 18, 1990, when the city was recovering from St. Patrick’s Day festivities, by telling the security guards they were responding to a report of a disturbance.

The two men then duct-taped the guards, left them in the basement, and stole 13 works of art, including pieces by Rembrandt, Vermeer, Degas, and Manet. The art has been valued at $500 million.

But Anthony Amore, the museum’s investigator and head of security, said the works are priceless because they were left by Isabella Stewart Gardner, and cannot be replaced.

“When any piece is removed from her collection, her larger contribution to society is diminished,’’ Amore said Monday. “Whenever a significant work of art goes missing, we lose an important part of civilization.’’

Believing that the artworks are still in good condition, the museum has offered a $5 million reward for their return, which Amore called the largest private award ever offered in the country. Ortiz has offered the possibility of immunity for anyone who leads investigators to the stolen art.

The investigation has taken multiple turns over the last two decades, but has repeatedly centered on a small group of criminals from the Boston area who had ties to organized crime, including David Turner, Stephen Rossetti, and the late Carmello Merlino, who ran a car repair shop in Dorchester.

A federal informant told authorities in the late 1990s that Merlino was trying to negotiate the return of the stolen art, and FBI agents discussed a return with Merlino directly. He never led authorities to the art, however. Not long after, Merlino, Turner, and Rossetti were arrested in a plot to rob an armored car depot in Easton. They were sentenced to decades in prison. Merlino died in 2005 at 71. Turner, 45, is serving his sentence at the federal prison in Otisville, N.Y., and is slated for release on March 28, 2025. Rossetti, 54, is in Allenwood, Pa., and slated for release April 4, 2044.

All three men had argued they were set up by an informant on behalf of the FBI and that authorities were using the case as leverage to glean information about the Gardner heist, though they denied having any information.

The Globe reported last year that investigators recently connected Merlino’s crew to the late Robert Guarente, a Mafia figure whose associations with organized crime figures in Boston, Philadelphia, and Connecticut made him the latest focus of the investigation.

In the last three years, investigators convened a grand jury based in part on their interest in people connected to Guarente, who died in 2004 at 65. Investigators in the last two years searched homes of two people connected to Guarente, including the home and yard of Robert Gentile of Connecticut, an ailing Mafia figure who had ties to Philadelphia organized crime. Guarente and Gentile had ties to Robert Luisi Jr., who had ties to the Philadelphia Mafia.

The wife of Guarente told the Globe that she reported to investigators that Guarente gave Gentile a painting while Gentile was visiting their Maine home around 2003. The wife has given conflicting accounts to the Globe, but investigators recently searched her home, as well as Gentile’s.

Gentile was charged with drug dealing and convicted in federal court last year, and his lawyers have said that he was targeted in a sting because of the Gardner investigation.

His lawyer, Ryan McGuigan, said Monday Gentile “told the federal grand jury what I am telling you, he has no knowledge of who was involved in the theft or where the paintings went or where they are now.’’ 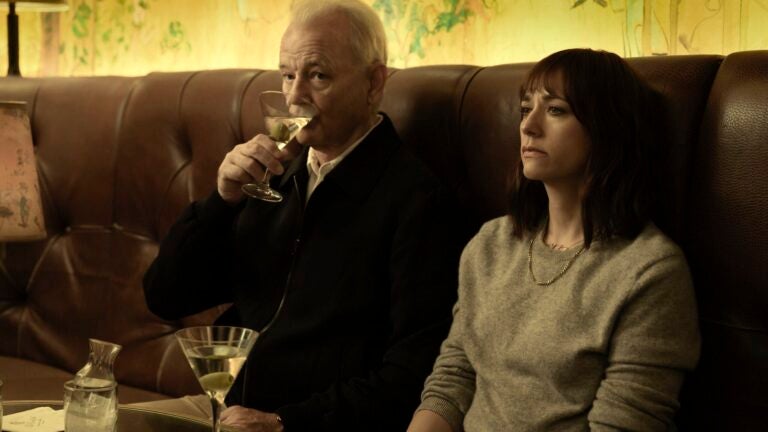