Dukakis, 79,
said he remembered a time when people of color were not allowed to live in Brookline or work in downtown department stores. “It wasn’t just race,’’ he added. “Jewish kids were beaten up regularly on their way to school in Dorchester. That was the city I grew up in.’’

In an interview, Dukakis, the 1988 Democratic candidate for president, said Boston has “come such a long way, but we’ve still got a long way to go,’’ and said that he supports the Union of Minority Neighborhoods in part because it works to bring people in the city together.

The nonprofit, based in Jamaica Plain, works to help leaders of color organize and work on issues of concern in their communities. The group has a number of supporters who are Newton residents, and the fund-raiser, held at a supporter’s home in Newton Centre, drew more than 100 people.

Some said an event connecting Boston’s urban neighborhoods to suburban Newton was especially welcome in the wake of the Boston Marathon bombings and the manhunt that followed. “We’re all part of this community, as we’ve seen rather dramatically this past week,’’ Dukakis said.

Audience member Michael Breer said the timing of the fund-raiser was ideal. “This is an event that encourages and facilitates civic engagement, and engagement among people who otherwise wouldn’t interact,’’ he said. “I think it’s important that people from different neighborhoods and different backgrounds have a conversation.’’

Donna Bivens, who heads up the organization’s effort to open a dialogue about the 1970s desegregation busing crisis in Boston, said the city has made progress since that time. But, she said, many Bostonians are still grappling with issues of racial inequality, and have felt the brunt of cuts to services such as youth programming.

“I think for some people, things have gotten much better, but there’s so many people who have not seen that type of change, and even feel they went backward,’’ Bivens said.

Dana Fitchett, who is participating in the Union of Minority Neighborhoods’ yearlong fellowship program for aspiring black leaders, pointed to public education as an area where improvement is still needed. “For a city that has some of the best private institutions, our public system is in disarray,’’ she said.

Fitchett said the fellowship program, which is in its first year, allows her to make connections with other future black leaders in the city.

“There’s a huge need in the black community, specifically,’’ she said. “It feels like there’s an old guard of black leaders in Boston, but I don’t know if it’s being recycled.’’

Dukakis praised the group’s leadership development efforts, connecting them to his own teaching at Northeastern University and UCLA. “If we’re going to turn this city and this state and this country into the kinds of places they ought to be, it’s those kids that are going to make it happen,’’ he said.

Dukakis, who served as governor for three terms and lost to George H.W. Bush in the 1988 presidential election, said that he’s “very optimistic’’ about the future.

He said that, despite recent tragedies, today’s world is the most peaceful he has ever known. “I wish I was starting all over again, to tell you the truth.’’ 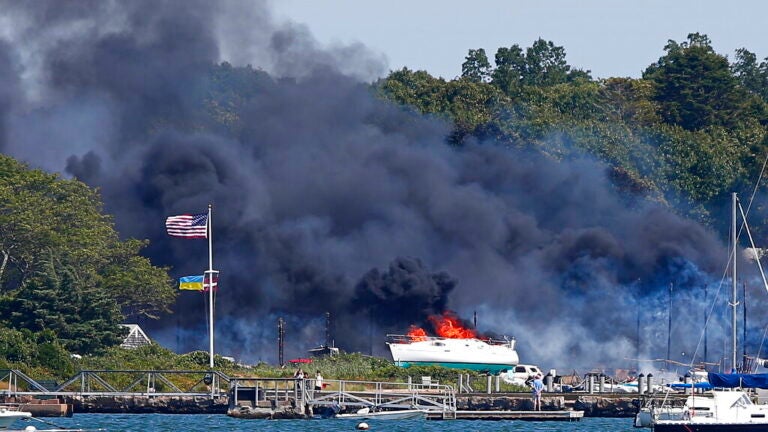