Organizers are expecting 1,000 people from around the region – dwarfing last year’s 150 – at a safety fair Saturday, in Marshfield, featuring law enforcement, military, and safety department boats, aircraft, and vehicles.

The event has been expanded from what began last year as a hands-on safety training for commercial fishermen into a family-friendly day, with food, children’s activities, and police dog demonstrations.

“It’s a really souped-up version of touch-a-truck,’’ said David Dinneen, manager of the Marshfield Airport, one of two venues for the event. “It’s going to be awesome. I’m excited.’’

Families will be welcome to tour the boats, according to Michael DiMeo, Marshfield harbormaster.

A contingent of Coast Guard and other military vessels and aircraft is scheduled to appear, but their participation is uncertain because of the federal budget sequester, he said.

Still, Dinneen said, the airport will play host to an array of helicopters, airplanes, Humvees, boats, and all-terrain vehicles, plus trailers with safety demonstrations from the Massachusetts Emergency Management Agency and NStar.

If possible, he said, the National Guard will bring a Black Hawk helicopter.

Bill Monte, captain of the Bounty Hunter on National Geographic Channel’s “Wicked Tuna,’’ is scheduled to make an appearance, and the Marshfield Kiwanis Club will sell food.

Steve Driscoll, president of the club and an employee of NStar,
said the power company plans to bring a trailer that has utility poles and transformers, and demonstrates what can happen when something comes into contact with downed wires.

“It’s a pretty impressive piece of equipment,’’ he said.

Woods Hole Oceanographic Institution and the Duxbury harbormaster’s office are expected to participate. There will be canine demonstrations and fingerprinting of children.

For fishermen, in-water immersion-suit and life-raft training will be offered at the town pier; participants should bring their own survival suits.

“I hope each person takes something away,’’ DiMeo said. “It’s going to be a great day.’’

Admission and parking are free. Schedules of specific demonstration times will be available at both venues — the airport, at 93 Old Colony Lane, and the pier, at 100 Central St., Marshfield. 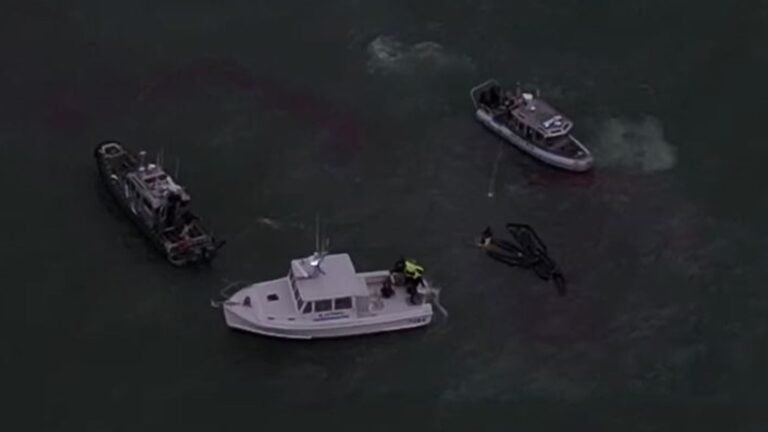 A boat sank off the Scituate coast, leaving 3 fishermen clinging to gear until their rescue