Workers tore down a Connecticut house Wednesday where two children were killed in a plane crash earlier this month. A neighboring house that was also hit by the small plane was knocked down last week. On Aug. 9, a 10-seat plane approaching Tweed New Haven Airport crashed into the two houses. Sade Brantley, 13, and her sister, Madisyn Mitchell, 1, died in their home. Their mother survived. The crash also killed the plane’s pilot, former Microsoft executive Bill Henningsgaard of Medina, Wash., and his son, Maxwell, 17. The cause of the accident remains under investigation. 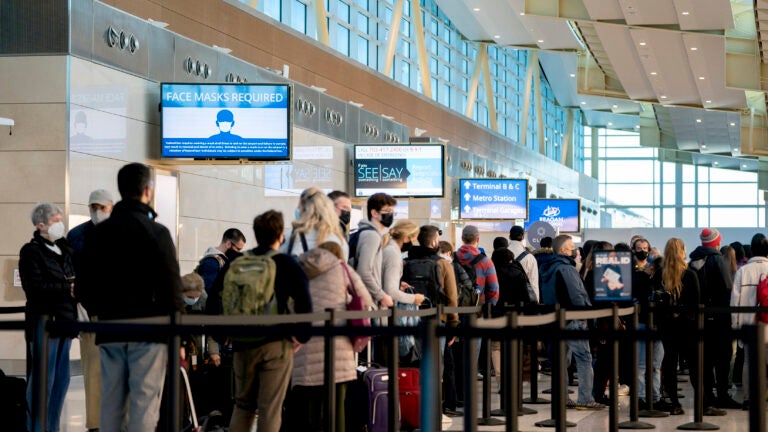 Mask rule for planes and trains still up in the air