Annie Dookhan, the former state chemist whose mishandling of evidence in drug cases threw the state’s criminal justice system into turmoil, pleaded guilty today in Suffolk Superior Court and was sentenced to three to five years in prison.

“You plead guilty here because you are guilty?’’ Judge Carol S. Ball said as she explained the rights Dookhan was giving up because of her guilty plea.

Dookhan’s falsification of drug tests, in an attempt to look like a highly productive employee, prompted the release of hundreds of convicts, raised questions about thousands of cases, and forced the state to spend millions to address the problems

Ball, who found that Dookhan had entered her plea “freely, willingly, and voluntarily,’’ also sentenced Dookhan to two years of probation.

Dookhan, in handcuffs, spoke briefly with her lawyer before she was escorted out of the courtroom.

During the hearing, she looked straight at a prosecutor, showing no emotion, as the prosecutor went over the facts of the case and described the impacts of her actions.

Prosecutors had requested a five-to-seven-year sentence for Dookhan. Her defense attorney had argued for a maximum sentence of one year.

Sentencing guidelines called for a maximum sentence of three years for Dookhan, but Ball said in a ruling last month she wanted to impose a tougher sentence “given the magnitude of the harm she has done, considerations of general deterrence and, particularly, punishment.’’

The judge said in the ruling that “the consequences of her behavior, which she ought to have foreseen, have been nothing short of catastrophic: Innocent persons were incarcerated, guilty persons have been released to further endanger the public, millions and millions of public dollars are being expended to deal with the chaos Ms. Dookhan created, and the integrity of the criminal justice system has been shaken to the core.’’

According to the Patrick administration, government agencies dealing with the fallout from the drug scandal have spent $8.5 million this year. The Legislature has set aside an additional $8.6 million for Dookhan-related expenses.

Anthony Benedetti, chief counsel of the state public defender agency, said that the issue of the drug lab scandal is an ongoing concern that cannot be ignored.

“Sadly, the saga continues for the thousands of individuals who have borne the impact of Dookhan’s misdeeds, and the lab’s scandalous management,’’ said Benedetti, who heads the Committee for Public Counsel Services.

He added, “The longer this continues, the more damage is done to our justice system’s credibility. The science and evidence relied upon in criminal cases must be unimpeachable.’’

Benedetti and Martin W. Healy, general counsel for the Massachusetts Bar Association, both said they were anxious to see what conclusions Inspector General Glenn Cunha, who is conducting a far-reaching investigation into the drug lab, reaches about the integrity of the system.

“This is one chapter in a continuing saga,’’ Healy said of Dookhan’s plea and prison sentence. “The legal community and the general public still have a number of unanswered questions about what’s gone on here. How deep was the problem? Is it really just isolated to Dookhan or does it go beyond that?’’

Dookhan pleaded guilty to 27 charges, including evidence tampering and obstruction of justice. She worked at a now-closed Department of Public Health lab in Jamaica Plain.

A scientific determination that a substance seized by police is an illegal drug is a cornerstone of a drug case in court. A defendant cannot be convicted for possession or distribution of, for example, a harmless white powder.

State officials have said Dookhan’s actions may have tainted more than 40,000 cases.

According to the state court officials, 950 people have been given a total of 2,922 special Superior Court hearings in eight counties – from Worcester east — since the fall of 2012 when the scale of the Dookhan scandal began to be recognized by prosecutors, defense attorneys, and defendants.

Since last year, the state Department of Correction has released more than 300 people convicted in drug cases where Dookhan played a role. That number does not include anyone released by a county house of correction, the Globe reported last month.

Court records showed that more than 600 people have had convictions against them erased or temporarily set aside or have been released on bail pending new trials because of Dookhan’s involvement in their cases, the Globe also reported.

One defendant who was freed, Donta Hood of Brockton, is accused of shooting and killing a man in May. 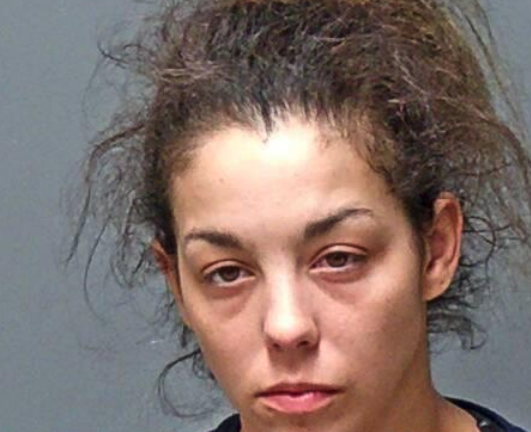