A judge denied a request by the widow of one of James “Whitey’’ Bulger’s victims for a bigger share of the $822,000 cash and other assets that were seized from the gangster by the government and will be split evenly among the families of all 19 people he was accused of killing.

Elaine Barrett, whose husband Arthur “Bucky’’ Barrett was killed by Bulger in South Boston in 1983, argued that 25 percent of Bulger’s assets should immediately be turned over to her, based in part on her husband’s “extraordinary suffering’’ and the fact that jurors found Bulger not guilty of seven of the 19 slayings he was accused of and could not reach a verdict on another. She also noted in her petition that the families of some victims had already collected civil judgments because of the FBI’s corrupt relationship with Bulger.

US District Judge Denise J. Casper, who sentenced Bulger in November to two life sentences for participating in 11 murders while running a sprawling criminal enterprise in Greater Boston over several decades, wrote on the docket today: “Given the number of victms in this case and the nature of the evidence as to each victim, the Court declines to exercise its discretion in the manner the [Barrett] Estate seeks here.

Elaine Barrett, who was Barrett’s second wife, could not be reached for comment today.

However, Theresa Bond, who is Barrett’s daughter from his first marriage and befriended relatives of other victims while attending the gangster’s trial last summer in Boston, said she was upset by her stepmother’s effort to get more money than other victims.

“Everybody suffered,’’ Bond said in a telephone interview. “Don’t say my father deserves more because of his suffering. That is a slap in the face to all of the victims’ families and that’s not how you act when you love and support each other.’’

Two of Bulger’s former associates testified at his trial that Barrett, a bar owner and safe-cracker who was suspected of a Medford bank burglary, was lured to a South Boston home and interrogated for hours by Bulger while chained to a chair. Bulger and an associate, Stephen “The Rifleman’’ Flemmi, left to get money from Barrett’s house and bar. When they returned, Bulger shot Barrett in the head, then took a nap while his associates buried him in the basement, according to testimony.

As brutal as Barrett’s death was, Bond said it was no more chilling than that of other victims who were menaced, shot, strangled, and buried in secret graves.

Bulger, 84, who was captured in Santa Monica, Calif. in June 2011 after more than 16 years on the run, is imprisoned at the federal penitentiary in Tucson. The former South Boston gangster was ordered to pay $19.5 million in restitution to the families of his murder victims and several extortion victims, including $735,308 to Barrett’s estate.

The judge also ordered a $25.2 million forfeiture judgment against Bulger, which allows the government to seize his current and future assets, including the $822,000 cash seized in Santa Monica. That judgment must be paid before restitution, but the judge noted that the government has agreed to split the assets it collects among the families of Bulger’s victims. 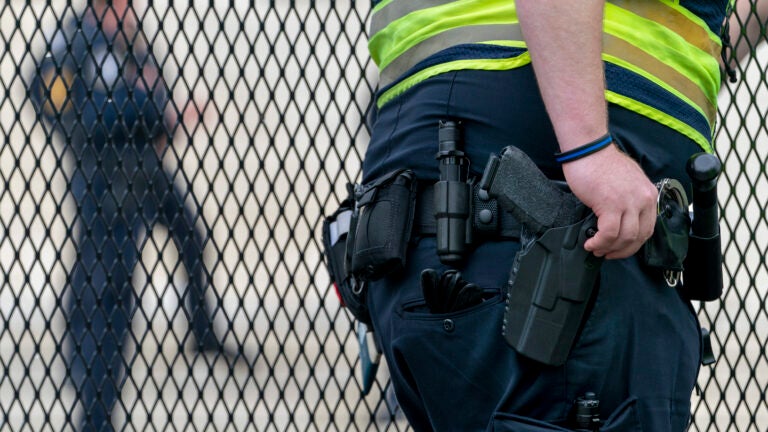