The region is in for another sunny, brisk day today, with a chance of some snow flurries arriving this afternoon ahead of a coastal storm Wednesday.

“With all the cold air in place and a lot of sunshine, we’re going to get the puffy cumulus clouds that might provide the flurries this afternoon,’’ said National Weather Service meteorologist Charlie Foley.

“The focus would be Cape Cod and the islands, with maybe an inch or so,’’ Foley said. “Boston may see a few flakes, but it won’t have any consequence.’’

High temperatures today will only reach a chilly 29 degrees. Some light clouds will arrive this afternoon, bringing the chance of light flurries in Boston. Temperatures should drop into the upper teens overnight.

Light snow should fall along the Southern New England coastline between 8 a.m. and 2 p.m. Wednesday. Mostly sunny skies will arrive in the afternoon. Temperatures will crest at a chilly 29 degrees again. Overnight conditions should be mostly clear and cold, with lows at a frigid 12 degrees.

“There’s a very remote chance we might see some flurries on Thursday,’’ Foley said. “Everybody’s not going to see it — as it’s going to be dry in most places.’’

Any snowfall should end before 4 p.m. Thursday. Skies will be partly sunny as highs climb into the upper 20s. Temperatures will plunge into the lower teens overnight.

Friday will be sunny and dry, with highs at 24 degrees. Some clouds will arrive in the evening as temperatures sink into the mid-teens.

Another weather system could arrive this weekend, although forecasters say it’s too early to be certain.

“There’s a possibility Sunday into Monday of a well-organized storm,’’ said Foley. “But it can change because it’s so far out.’’ 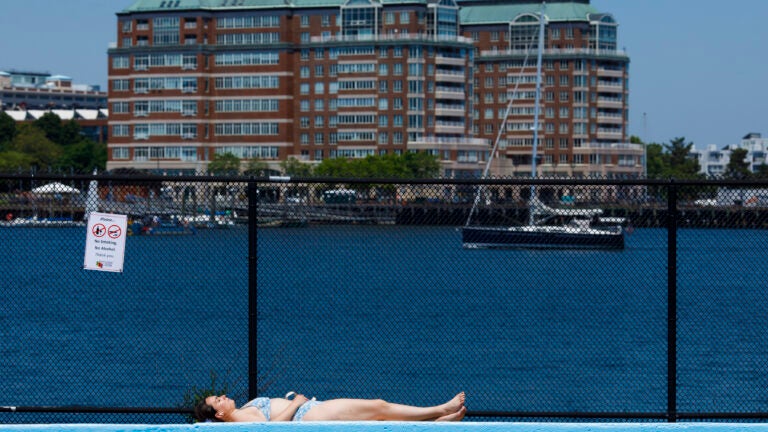