The carjacking victim whose quick thinking saved his own life and led investigators to the suspected Boston Marathon bombers finally showed his face during an interview Tuesday night.

“Danny,’’ the man carjacked during the manhunt for the suspected bombers, did not give his real name but did allow CBS Evening news to record his face. Danny appeared in a recent National Geographic documentary about the manhunt, but his face was kept in shadows. He was also backlit for an April 2013 interview with CBS Evening News.

Danny first shared his story in 2013, when he spoke to The Boston Globe’s Eric Moskowitz. The interview with CBS covered much of the same ground.

During the interview, Danny demonstrated how he was able to unbuckle his seatbelt, open the car door and run to safety while one of his kidnappers was distracted at a gas station. Danny ran across the street to a different gas station and asked the clark to call police.

CBS noted that law enforcement was able to track the suspects using the GPS in Danny’s Mercedes.

“I don’t feel like a hero. From my opinion, I was trying to save myself,’’ he said. 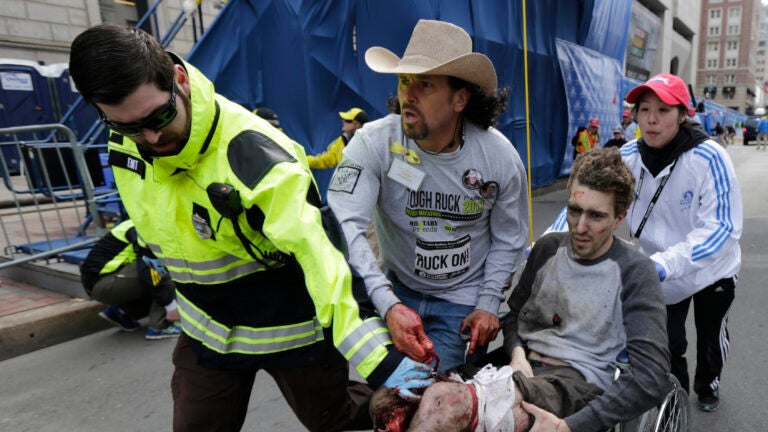