Budding entrepreneurs could get their big break Thursday during Shark Tank’s open casting at Cambridge’s Workbar.

Contestants on Shark Tank pitch their budding businesses to celebrity investors, trying to convince at least one “shark’’ to buy into their companies. The show, which airs on ABC, features Dallas Mavericks owner Mark Cuban, FUBU founder Daymond John and other millionaire investors.

The casting starts at 10 a.m. Thursday, when producers will hand out 500 wristbands on a first-come, first-served basis, according to an announcement on the Shark Tank website. Interviews for the show start at 11 a.m. Potential contestants must have their application completed before they can give a one-minute pitch to the casting team, according to the announcement.

At least two hopefuls decided to line up a day early, picking out a spot outside of Workbar Wednesday afternoon: 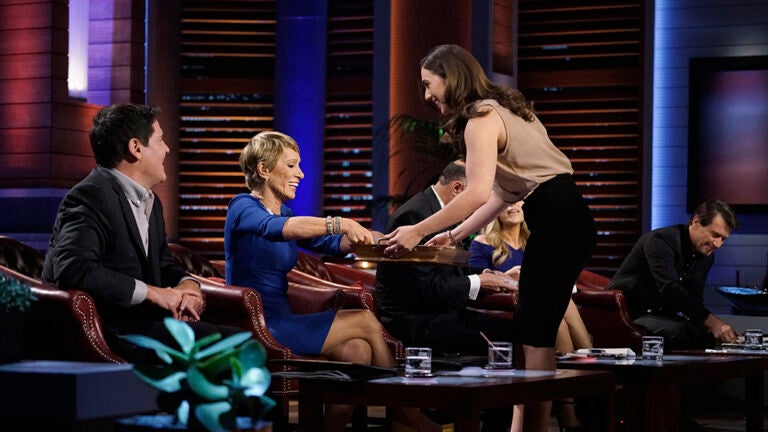 ‘Shark Tank’ is holding an open casting call in Somerville