Just before 9:00 am on a sunny Tuesday in November, 2012, a 21-year-old man was cycling down Commonwealth Avenue, in the direction of downtown Boston. Right before he reached the intersection with Route 90 and the turn for the Boston University Bridge, something happened.

The cyclist was hit by a taxi. Police treated him on site before he was transported to an emergency care center. It was one of over a dozen crashes that happened in the same spot between 2009 and 2012.

This incident is just one example of the details catalogued in a new bike collision map released this week by researchers and advocacy groups in Boston. Users can see where and when every bike-related incident occured in the city between 2009 and 2012, as well as details like the weather, the age and sex of the cyclist, and whether or not a taxi was involved.

“By sharing these data, we can help Boston know itself a bit better,’’ said Dan O’Brien, research director at the Boston Area Research Initiative (BARI), which helped organize and fund the project. “We want to foster a ‘cumulative intelligence’ about bike safety in the city.’’

The interactive map is the brainchild of Dahianna Lopez, a doctoral student from Harvard’s Injury Control Research Center and a BARI Fellow. Lopez partnered with the Boston Police Department, the Boston Cyclists Union, and Mayor Walsh’s office to collect raw data from the BPD and create the map and correlating data library.

Users can filter the map to see data for over 1,800 individual accidents, addresses where incidents occurred at the highest rates, or road segments color-coded by accident frequency.

The incident of bike crashes has also gone up, but by a smaller percentage. This is in part because bike crashes often go unreported to the police or EMS. The BPD also did not note in accident reports the involvement of a bicycle in an incident until 2010.

Two main strings of accident hotspots dominate the map. The first runs along the stretch of Commonwealth Avenue between Fenway and Allston, which O’Brien says is not constructed for easy sharing of the road. The second string runs through the Back Bay, down Massachusetts Avenue.

“Separated bicycle infrastructure like cycle tracks could cut down on accidents,’’ said Pete Stidman, executive director of the Boston Cyclists Union. The data shows that 15 to 20 percent of crashes are caused by “dooring’’ – when a cyclist crashes into the opened door of a parked car.

Trolley tracks for the Green Line have also long caused problems for cyclists, who get their wheels stuck in the ruts of the tracks. Using the map, the transportation department can identify specific sections of track that cause more problems than others, such as the one at the intersection of South Huntington and Heath Streets.

“Now, we can take a deeper look at that [track area] and see if there are different ways we can prevent accidents,’’ said Stidman.

The study’s architects have many plans for the future of the data. Stidman said his organization is working with the city to combine their work with data from emergency departments and ERs, so they can compare the cause of crashes to the severity of injuries. Stidman says they already know that crashes involving large vehicles like buses cause the most cyclist fatalities, but he’d like to dig deeper.

BARI is also currently working on ways to automate the data collection, so that a new data set can be published on an annual basis.

“We want people to dig in to the data,’’ O’Brien said of their efforts to disseminate the map to the public. Users can overlay demographic information onto the crash map, such as the prevalence of children or the median income of a neighborhood.

“We’ll be in touch with people who download it, and we will work to bring all those insights back to the BPD.’’ 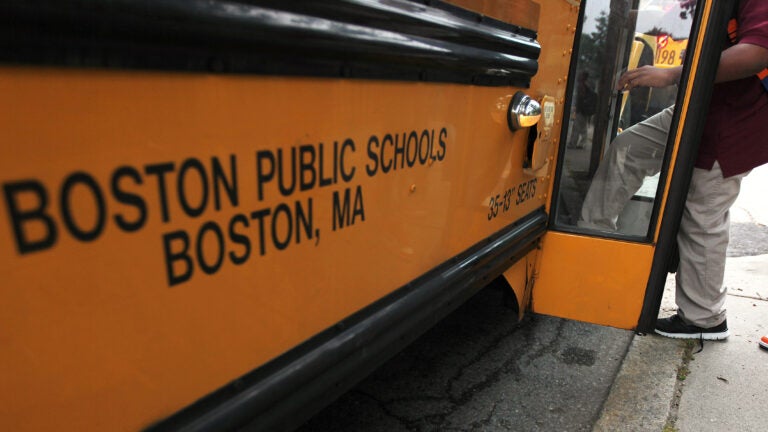