Pit bulls make up 6 percent of the dog population in Canada and the US, but they are responsible for 68 percent of dog attacks and 52 percent of dog-related deaths from 1982 to 2009, TIME Magazine reported.

So, how does Boston stack up?

According to data provided to Boston.com from Mayor Marty Walsh’s press office, there were a total of 661 reported dog bites in the city of Boston between January 2012 and June 2014, which included bites against animal, human and unknown victims.

Of these 661 reported bites, 150 were caused by pit bulls and 30 from pit bull mixes, making over one-fourth of the bites coming from pit bull breeds.

Pit bulls make up a little over 3 percent of the entire dog population of Boston. There are 250 registered pit bulls, pit bull mixes and Staffordshires listed as registered in the 2014 list of dog licenses, as provided to Boston.com, with a total of 7,355 registered dogs in the city.

The data defines ‘pit bull’ as a dog having American Pit Bull Terrier, American Staffordshire, pit bull or Staffordshire as either the primary or secondary breed.

“Attacks by pit bulls are associated with higher morbidity rates, higher hospital charges, and a higher risk of death than are attacks by other breeds of dogs. Strict regulation of pit bulls may substantially reduce the US mortality rates related to dog bites,’’ according to a 2011 study conducted by the Annals of Surgery.

After a young girl was recently attacked by pit bulls at her grandfather’s house in Mississippi and suffered a broken nose, jaw, cheekbone and eye socket, TIME Magazine looked at the “problem behind pit bulls.’’

Much of the attention given to this story on social media was drawn to the claim that a KFC worker allegedly asked the girl to leave the restaurant because of the scars on her face, but TIME gave attention to the initial dog attack.

According to WBUR, Governor Deval Patrick in 2012 added an amendment to the Animal Control Act, which “strikes down any breed-specific legislation that cities or towns may have in place.’’ It stated:

No order shall be issued directing that a dog deemed dangerous be removed from the town or city in which the owner of such dog resides. No city or town shall regulate dogs in a manner that is specific to breed.

This amendment overturned what was known as Boston’s Responsible Pit Bull Ownership Act, which, according to Wicked Local, was created in 2004 by Boston City Councilor Rob Consalvo. The ordinance had a variety of restrictions against pit bulls, specifically:

Since the the Responsible Pit Bull Ownership Act was overturned in 2012, the numbers, according to the dog attack data for Boston, stand as follows:

Despite the steady increase in pit bull attacks since the ordinance reversal in 2012, The Boston Globe reported in October 2013 that “pit bull adoptions are climbing statewide and, in the biggest surprise, extending into the suburbs.’’

Rob Halpin, the director of public relations for the Massachusetts Society for the Prevention of Cruelty to Animals, told Boston.com why he thinks that is.

“Quite simply we believe it’s because the era of the ‘pit bull villain’ is beginning to come to an end. Years ago it was German Shepherds or Rottweiler’s that were the object of much public scorn. Those dogs are now highly desired and their reputations have changed considerably. This is now happening with pit bulls.’’

Halpin also said that about 60 percent of the dogs in their three shelters are pit bulls, but he says most of the time it is because “the previous owner found out that their landlord does not allow dogs.’’

Some people are still sometimes hesitant to adopt pit bulls, Halpin said, but “many more families adopt these dogs because they’ve seen that the ‘hype’ surrounding them does not match the reality: And that is that they are a dog like any other dog, for whom socialization and good training is necessary for them to be a good citizen in the world.’’

Many advocacy groups, such as the American Pit Bull Foundation, are out to protect the dogs’ image.

They say on their site that their purpose is to, “promote responsible breed ownership through providing owner and public education.’’

But, some people seem to think that pit bulls’ aggressive nature is a byproduct of genetics.

“Pit bulls are very strong dogs. They were bred initially to hunt large animals. And for more than 200 years after that, they were bred to be fighters. You can breed certain things out of dogs, too. But that does not happen after just one or two generations. It will take a while, during which time any change will be attributable to responsible dog ownership.’’ 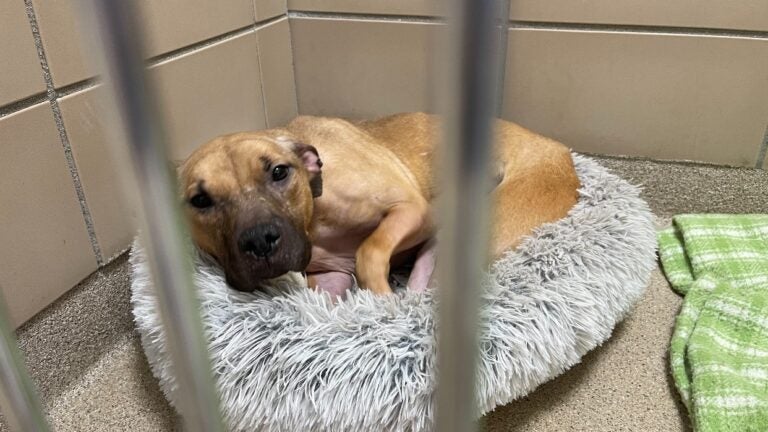