The Command Staff nominated the New England State Police and Louisiana State Police Colonels to do the same with their staff, meaning many more troopers across the nation will be getting drenched and donating $10 to the cause, unless they want to donate $100 each.

So what will it be, folks? 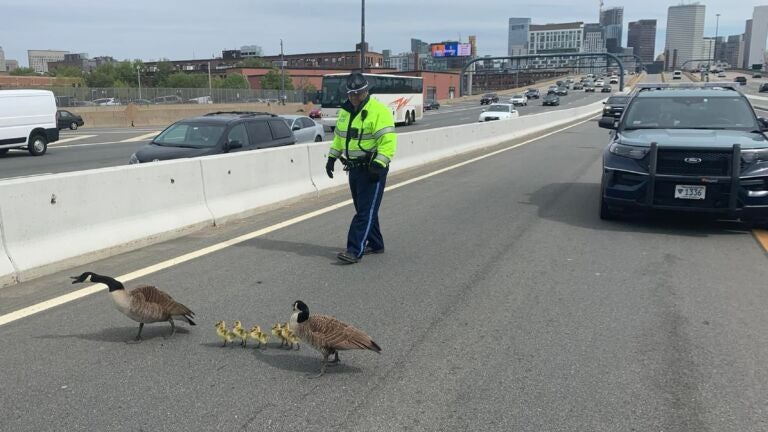 State police made way for goslings on I-93 in Boston, just in time for Mother’s Day