Bring your sunglasses next time you visit the Old State House during the day. The newly refurbished lion and unicorn statues have found their way home to the historic building’s facade and they shine brighter in the sun than ever.

The unveiling of the two statues Sunday morning attracted Bostonians, tourists, and members of the press. Shannon Felton, of the British Consulate General, and Greg Soutiea, a participant in the 2013 Boston Marathon, had the honor of revealing the newly refurbished statues to the public. The newest addition to the Old State House is a time capsule memorializing modern-day Boston inserted through the bottom of the lion statue.

Brian LeMay, President of the Bostonian Society, welcomed the crowds and acknowledged the individuals and organizations that made the renovation of the statues possible.

“More than 5 million dollars has been put into this building with the assistance of people like you,’’ LeMay said. “And I think the magic moment has arrived, ladies and gentlemen, and those of you who have taken my advice have come equipped with sunglasses.’’ 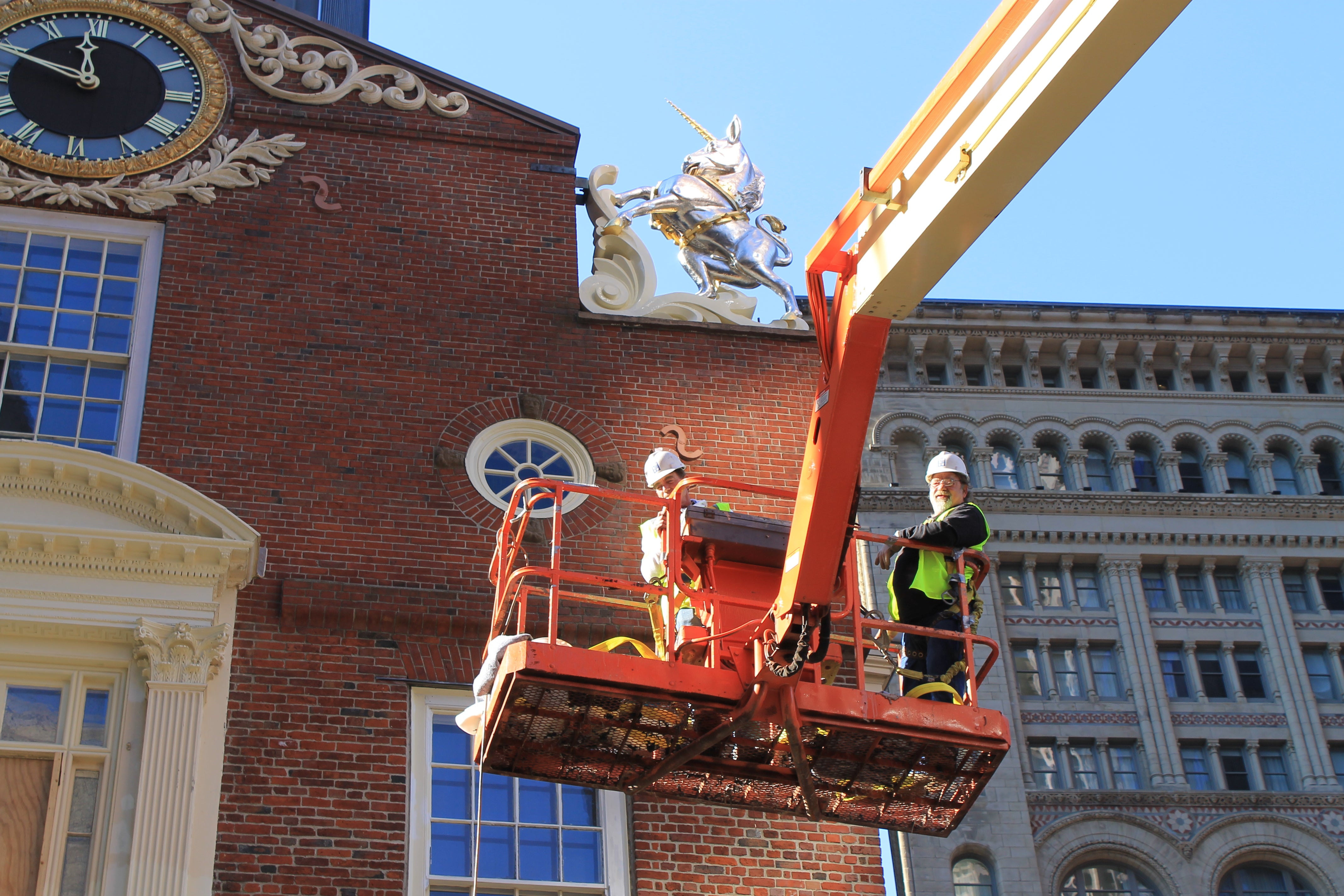 Heather Leet, Director of Development for the Bostonian Society, said she’s thrilled with the finished results.

“It’s remarkable how different the statues look,’’ said Leet. “Usually, when you’re doing restoration work, it’s not that noticeable to everybody, but it’s obvious that the lion and unicorn have been completely restored.’’

Over the course of a few hours, the statues were removed from their wooden crates and hoisted to the top of the Old State House. This marks the end of a six year long project to restore the statues to their original glory. The unicorn, newly plated in a palladium cover, looks completely different from its tarnished appearance when it was removed in September. 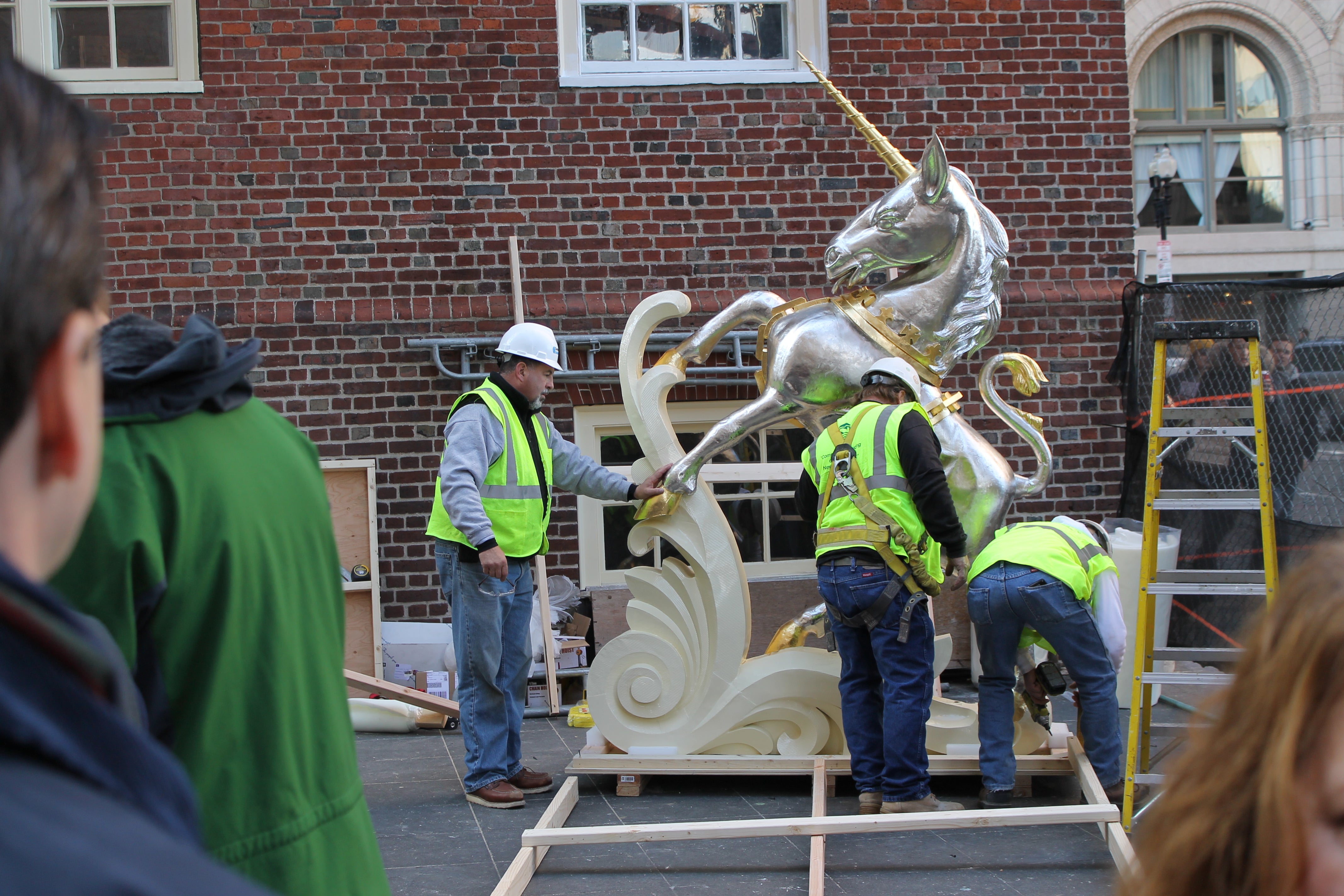 One of the reasons these statues have been getting so much attention is the time capsule from 1901 that was discovered inside the lion’s head. Though the presence of a time capsule was initially debated, the Bostonian Society always had a hunch that it was inside the lion and wasted no time organizing a new capsule to memorialize 2014. After reaching out to the general public, the Bostonian Society decided what was worth including.

“It was an interesting process,’’ Leet said. “Some suggestions were obviously jokes. Like a Mike’s cannoli. But we did put a Mike’s Pastry box in there since so many people suggested it. We had limited space so, as a group, we tried to be as logical as possible.’’

Even with the statue renovation complete, the Bostonian Society will stay busy over the next few years. Events will be planned around the 250th anniversary of the Stamp Act next year, and major restoration work is planned for the south facade of the Old State House. And, if the fact that the Bostonian Society has served as steward of the Old State House for 130 years means anything at all, they will probably be in charge of revealing the 2014 time capsule a century from now.

“I think Bostonians of the future will react to the capsule the same way we did to the 1901 capsule,’’ Leet said. “I’m sure they’ll have a good idea of what was going on in 2014 so they won’t be completely surprised. But maybe a little befuddled. We’re hoping that’s how they react. It’s a mystery, it’s fun and it’s a personal history of Boston in 2014.’’ 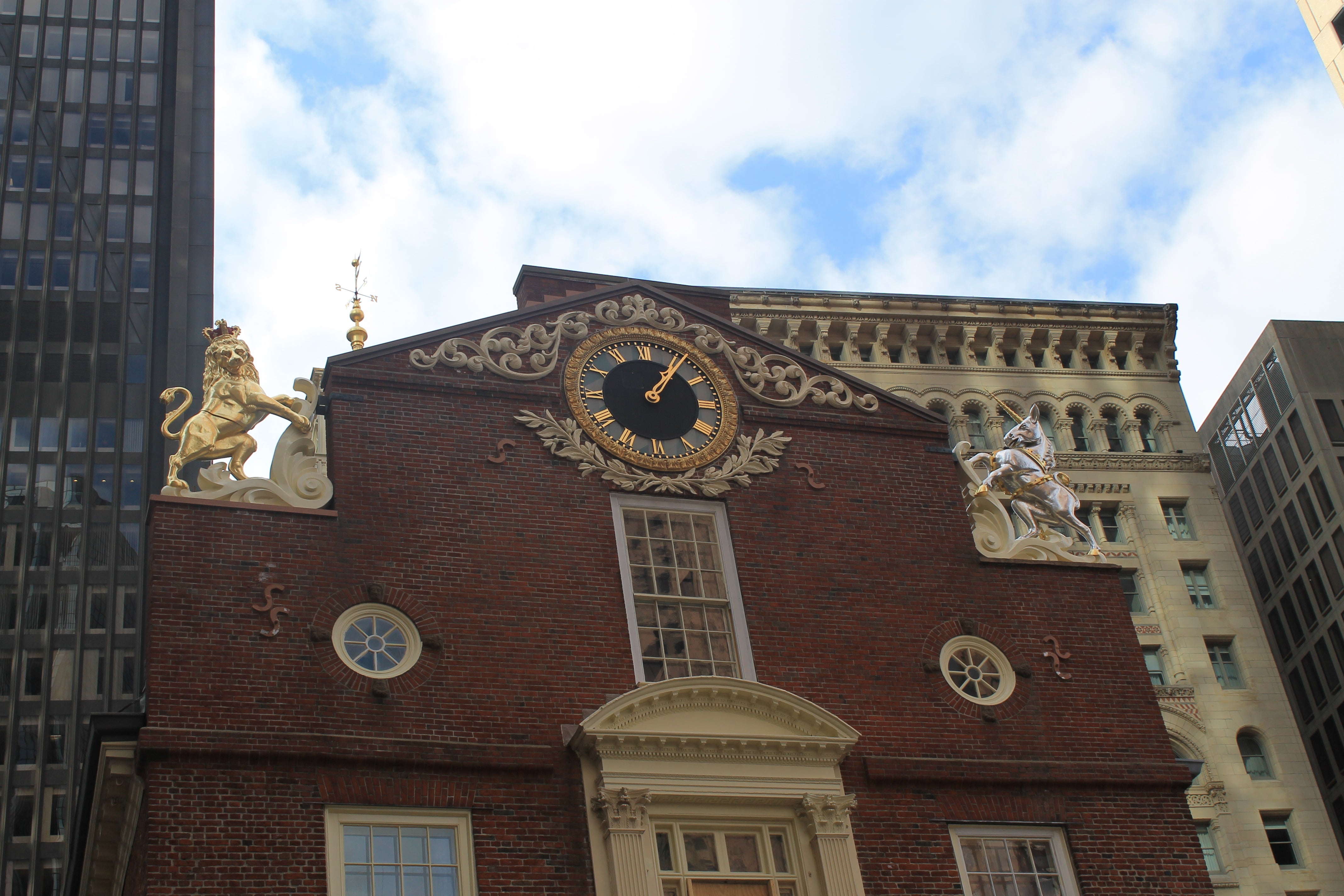 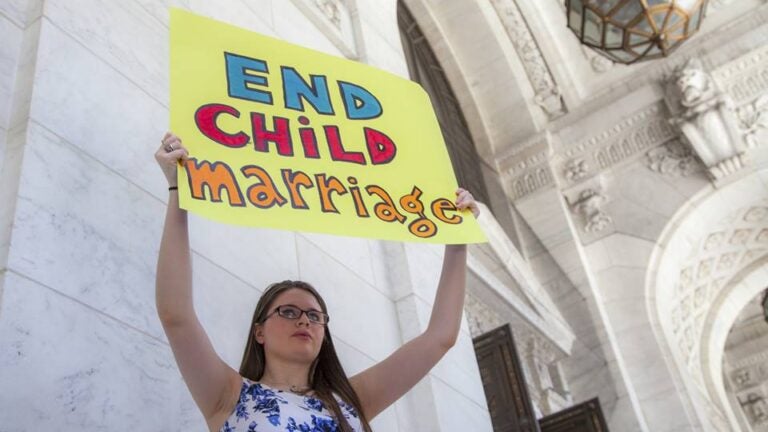 ‘Keep fighting for something that you believe in’: Meet the 19-year-old who is headed to the New Hampshire State House