Prosecutors presented photographs of a written message from the inside of the boat where Dzhokhar Tsarnaev hid and was eventually captured three days after he allegedly carried out the Boston Marathon bombing.

The pencil-written message, which prosecutors say is a written confession from Tsarnaev, is partly covered by streaks of blood and bullet holes. Boston Police officer Todd Brown testified on Tuesday that the holes were made by bullets shot from outside of the boat. 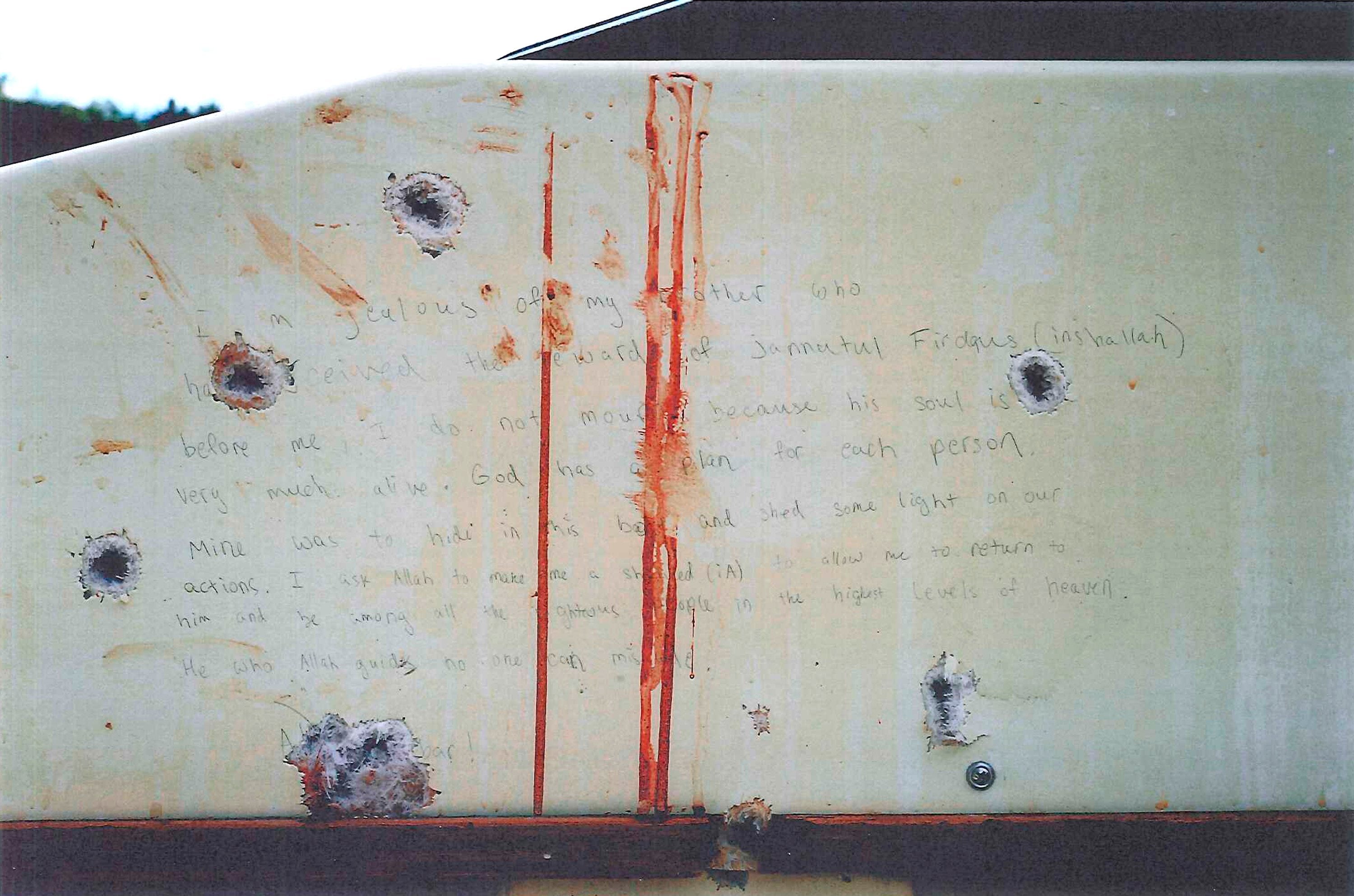 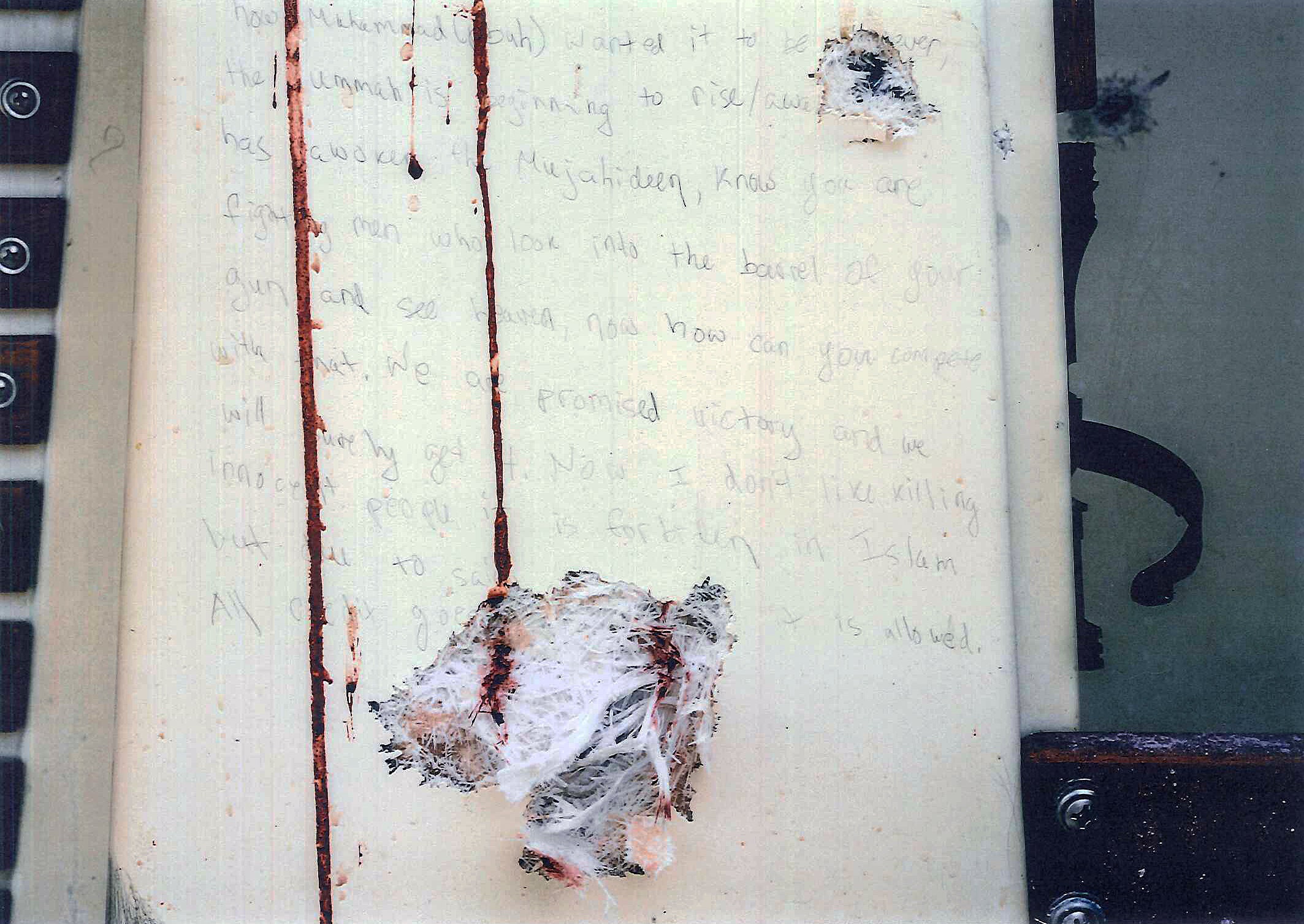 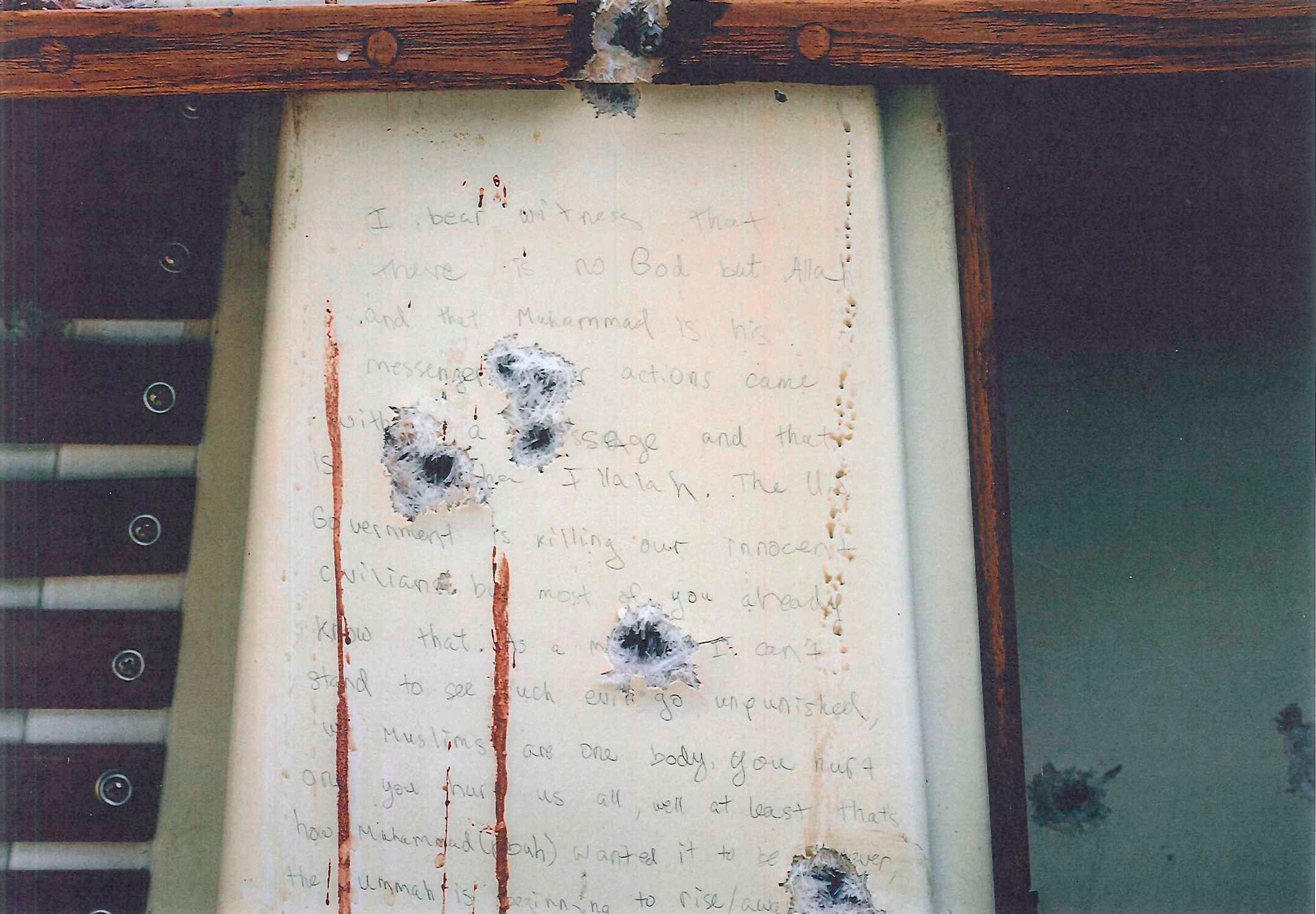 The full text of the message reads:

I’m jealous of my brother who

before me. I do not mourn because his soul is

very much alive. God has a plan for each person.

Mine was to hide in his boat and shed some

light on our actions I ask Allah to make me a

shahied (iA) to allow me to return to him and

be among all the righteous people in the highest levels

He who Allah guides no one can misguide

I bear witness that there is no God but Allah

and that Muhammad is his

with [hole] a [hole] ssage and that

Government is killing our innocent

civilians but most of you already

we Muslims are one body, you hurt

one you hurt us all, well at least that’s

how Muhammad (pbuh) wanted it to be [hole] ever,

the ummah is beginning to rise/awa [hole]

has awoken the mujahideen, know you are

fighting men who look into the barrel of your

gun and see heaven, now how can you compete

with that. We are promised victory and we

will surely get it. Now I don’t like killing

innocent people it is forbidden in Islam

but due to said [hole] it is allowed.

All credit goes to [hole]. 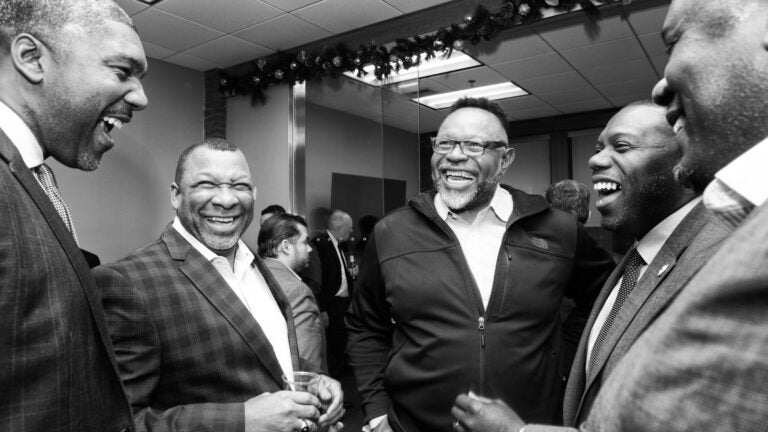 Thaddeus Miles started a project focused on Black joy a year ago. Here’s what he wants you to know.