A crash between a box truck and another vehicle on I-93 Southbound in Dorchester resulted in the truck dangling over the overpass and the railroad tracks below early Thursday morning, according to Massachusetts State Police. State police spokesperson David Procopio told Boston.com that the two drivers were taken to Boston hospitals, but the severity of their injuries is not known. The truck was removed from the scene and all lanes were reopened at 9:10 a.m., he said.

State police notified the MBTA of accident, and the transportation agency suspended service on the track below the truck, according to Procopio. The truck was pulled back onto the highway by 8:30 a.m., and regular service resumed on the Red Line, according to an MBTA spokesperson.

The accident happened near the Columbia Road exit. 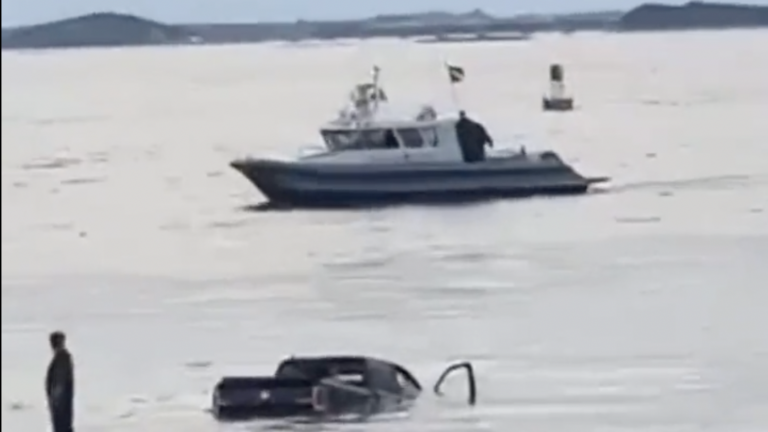