Friday marks the 100th anniversary of the Armenian genocide at the hands of the Ottoman Empire. The day has particular resonance in the Greater Boston area, a haven for Armenian immigrants for the past century. How did Boston — or more specifically, Watertown — become a magnet for Armenians?

While the vast majority of Americans of Armenian heritage live in Southern California (see: Kardashian, Kim), Massachusetts boasts 25,000 people of Armenian ancestry, the second-most among states, according to the 2013 American Community Survey. Just over 12,000 of those live in Middlesex County, concentrated in Watertown.

Armenian immigration to the U.S. was largely spurred by the 1915 genocide, during which 1.5 million Armenians were deliberately targeted and killed by the Ottoman Empire. The earliest Armenian immigrants landed in Boston and Watertown at the turn of the century to escape Ottoman oppression, said Carnie Armenian of the Armenian Youth Federation.

“It started a little before the genocide,’’ she said, “but because of the genocide, that’s what gave us that extra push of coming to Boston, the melting pot for Armenians.’’

The Armenian Youth Federation was founded in downtown Boston in 1933, the first youth group of its kind in the U.S. It has since moved its headquarters to Watertown, where it now sits with the Armenian Library and Museum of America and three Armenian churches.

Anyone who has shopped at Star Market can attest to the Armenian impact on the area. The grocery store chain was founded and headed for years by Stephen Mugar, who immigrated to Boston from Armenia with his parents in 1906. He embedded himself in the local community, and donated heavily to BU, Northeastern, Suffolk, MIT, and other colleges in the area before his death in 1982, The Boston Globe wrote.

“I chose [to donate to] Greater Boston because this is where my customers are,’’ Mugar said then. “The gifts are to show my appreciation to my customers for all the help they gave us. It’s really paying something you feel you owe.’’

While historians and European countries have recognized the Armenian slaughter as a genocide, the Turkish government refuses to acknowledge it as such. The U.S. has refrained from calling the coordinated killings a genocide largely to pacify Turkey, a key ally in the Middle East. As a candidate, Barack Obama promised to “recognize the Armenian genocide’’; since becoming president, he has refrained from using the g-word. (Turkey says both Armenians and Turks suffered during the war, and denies that there was a systematic effort to kill Armenians.) 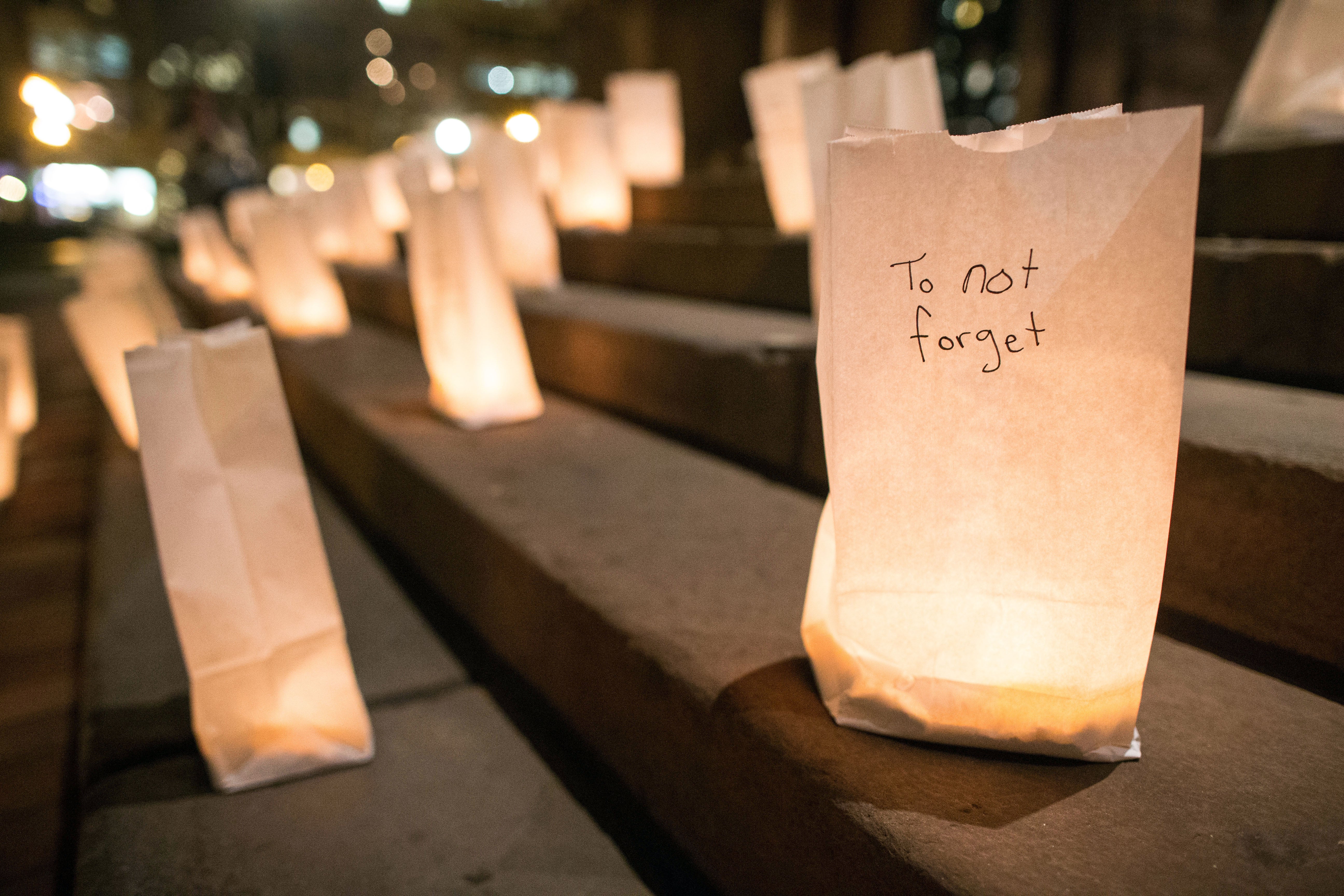 Candles were lit on the front steps of Trinity Church in Boston Thursday night to remember the Armenian genocide.

Armenian anger at the Turkish government’s continued denial of the genocide has, at times, boiled over into violence locally. In 1982, a Turkish diplomat for New England was assassinated in Somerville. The Justice Commandos of the Armenian Genocide claimed credit for the killing. A witness to the crime, who helped police draw a sketch of the suspect, was later shot and killed, too. The killer has never been caught.

About 1,500 people gathered at Trinity Church on Thursday night to honor those killed in the genocide. It’s a recognition of their past, displayed in a vibrant present.