The Internet search history on Tamerlan Tsarnaev’s widow’s computer indicates she was curious about the fate of a religious martyr’s wife more than a year before the 2013 Boston Marathon bombing.

That’s according to testimony from computer expert Mark Spencer, who was called by Dzhokhar Tsarnaev’s defense team on Tuesday.

Spencer testified Katherie Russell’s online search history included: “If your husband becomes a shahid what are the rewards for you’’ and “rewards for wife of mujahideen.’’ Shahid is a term used for martyrs, while mujahideen is a term for those engaged in jihad.

The searches occurred in 2012, around the time Tamerlan left for his six-month trip to Russia, Spencer said.

On Monday, jurors viewed texts that Russell sent to a friend shortly after the bombing, first assuring that she was safe and then stating: “Although a lot more people are killed every day in Syria + other places.’’ “Innocent people.’’

Tuesday was the second day the defense presented their case in the sentencing phase of Dzhokhar’s trial. Defense attorneys are attempting to suggest that older brother Tamerlan was mostly responsible for plotting and carrying out the attack. 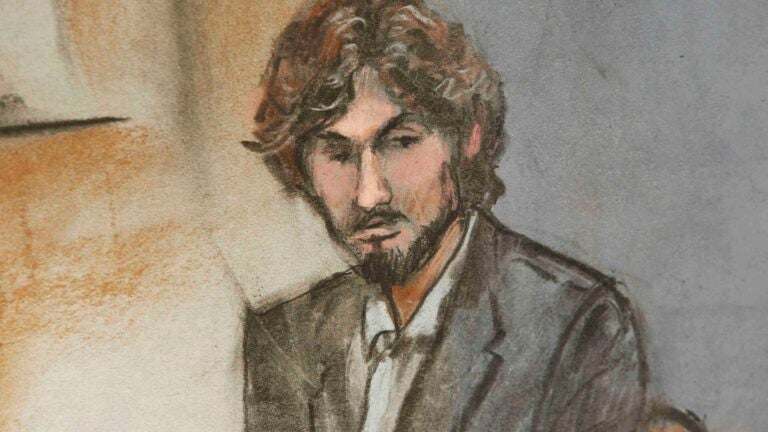