Three years into his police career, Preston Williams’s reality of becoming a police officer didn’t match the dreams he had as a kid growing up in Roxbury.

It was 1971, and Williams was on foot patrol on Washington Street in his neighborhood, assigned to the midnight to 8 a.m. shift. He didn’t have a partner. He wasn’t in a cruiser. He wasn’t responding to calls.

So when Deputy Chief Herbert Craigwell asked if Williams might want to be part of a brand-new, all-black special unit formed by then-commissioner Edmund McNamara, Williams was ready.

“I felt like I was better served to do this than walking Washington Street,’’ he says today. “The police department back when I came on, and even today, there was a lot of talent they had, but they never used it. Either they didn’t like you, or you weren’t the right color.’’

Williams joined 34 or so other black police officers in the strike force that was quickly nicknamed the “Soul Patrol.’’ The group made up more than half of the black officers within the 2,742-man department. They focused on high-crime areas in Dorchester and Roxbury, where there had been a spate of violence, including four murders. From its first night of existence, November 19, 1971, the unit was caught up in what The Boston Globe called a “raging controversy.’’ The head of the police union howled, calling the unit discriminatory and unconstitutional.

Daniel J. Sweeney, chairman of the Boston Police Patrolmen’s Association, told a Globe reporter at the time that most of the new Soul Patrol members weren’t happy.

“We don’t want this kind of thing in the police force,’’ said Sweeney, who was white. “Black or white, we’re all police officers first.’’ He threatened court action, though, according to a Globe editorial, and the union backed down when they realized that the all-white banking, hotel, harbor, and mounted police squads might also see similar challenges. 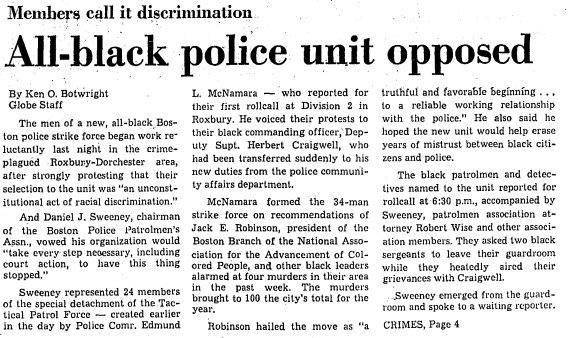 But, at least according to the accounts at the time, no black officer publicly said anything bad about the unit. One officer, who didn’t give his name, told a Globe reporter that he liked the new assignment.

The head of the NAACP, meanwhile, hailed the unit as the beginning of “a reliable working relationship with the police.’’ Jack E. Robinson said in an interview at the time it was just sour grapes from Sweeney and the mostly-white union about the all-black makeup of the elite unit.

“I am very much surprised at Daniel Sweeney’s sudden interest in the lives and rights of black people,’’ Robinson said.

The Boston unit wasn’t entirely original. Philadelphia had the Special Investigation Squad, an elite all-black unit formed in 1943. Its members responded to high-crime areas of the city until 1952, when the department was integrated.

While their superior officers feuded, officers like Williams were thrilled. In a December 8, 1971 article about a ride-along with members of the unit, Globe reporter Arthur Jones spelled it out.

“Three weeks ago they were anonymous members of the 2700-member (98 percent white) Boston Police Department,’’ Jones wrote. “Today they are a special leg of the department with special duties. They are part of the ‘Soul Patrol.’’’ 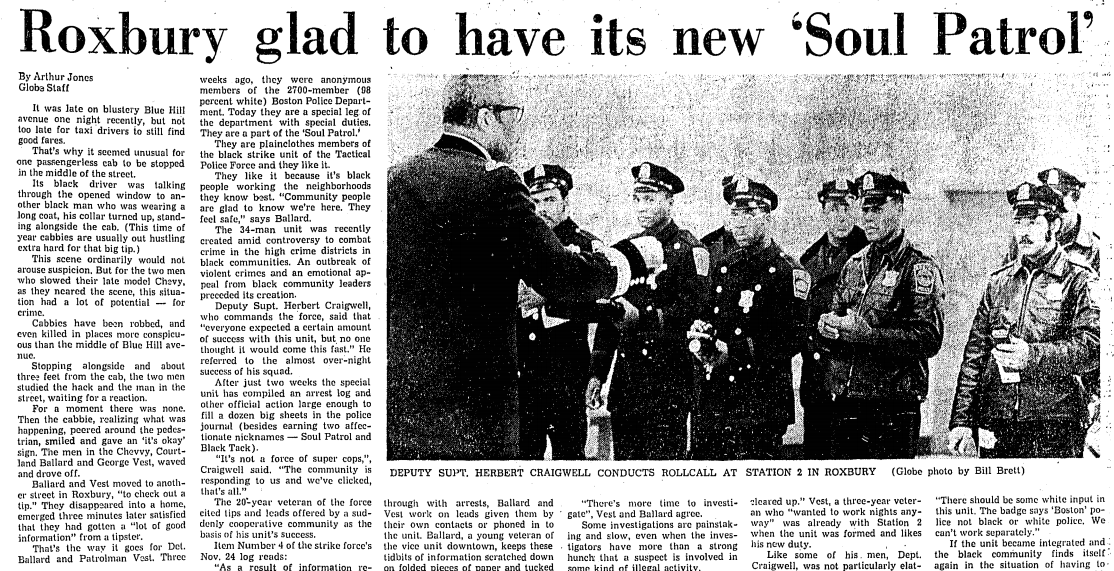 The unit was wildly successful, Jones wrote, filling a dozen sheets in the arrest and activity log and arresting a murder suspect on its first night.

“It’s not a force of super cops,’’ Craigwell said at the time. “The community is responding to us, and we’ve clicked, that’s all.’’

Even Sweeney said, “I can’t knock them.’’ Williams says now that their success was all about relationships with their neighbors in Roxbury and Dorchester.

By early 1972, though, the unit was finished. White officers joined the ranks, and black officers were moved off. It wasn’t meant to last forever, Craigwell said.

Williams, now 72 and retired after 35 years on the force, said he thinks the all-black unit’s success embarrassed the majority white members of the force. After-hours joints were closed. Murderers were caught. Roxbury and Dorchester were seeing progress when it came to safety. 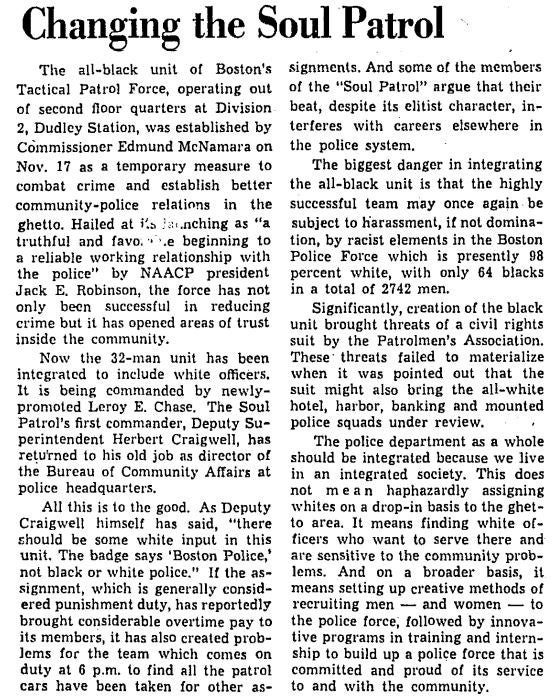 The Soul Patrol operated like an early version of community policing, where officers work closely with those within their communities. There might not have been a name for it back then, but Williams and the rest of the officers knew what they needed to do.

“If you don’t get to know the people you serve, they’re not going to tell you anything,’’ Williams said.

Renee Craigwell Reid, daughter of Herbert Craigwell, remembers her mom and dad getting pressure to move out of Roxbury to a nicer suburb, especially once Craigwell became the first black deputy superintendent in Boston.

They resisted, and Craigwell and his wife raised their four children on Waverly Street while tackling issues happening in their neighborhood.

“It just meant something to protect and work with their fellow neighbors,’’ Craigwell Reid says. “One of the quotes he always said when we had dinner, ‘Who have I helped today,’’’ she continues. “When you talk about [the Soul Patrol], that was part of it.’’

One of the Soul Patrol members was Prescott Thompson, grandfather of the woman at the center of the Freddie Gray case. Marilyn Mosby, the State’s Attorney for Baltimore, would listen to her grandfather’s stories of life as a cop, but she never knew he was part of this elite unit.

“That was his life,’’ she says. “It was his passion … He was the ideal definition of a community police officer.’’

Craigwell Reid said she’s watched the clashes between police and the community across the country and sees shadows of those days growing up in Roxbury.

“Trust is going to have to be incorporated all over again,’’ Craigwell Reid says of today’s community/police relationship. “Maybe it doesn’t have to be the Soul Patrol. It could be something else.’’

Williams doesn’t think there will ever be another unit like the Soul Patrol, at least not in his lifetime. 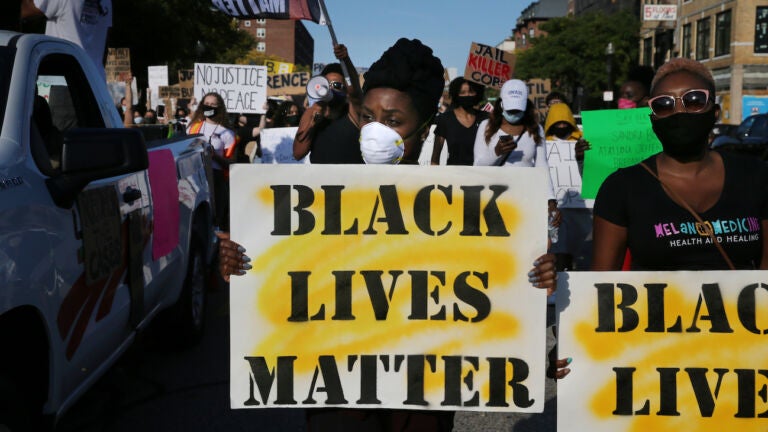