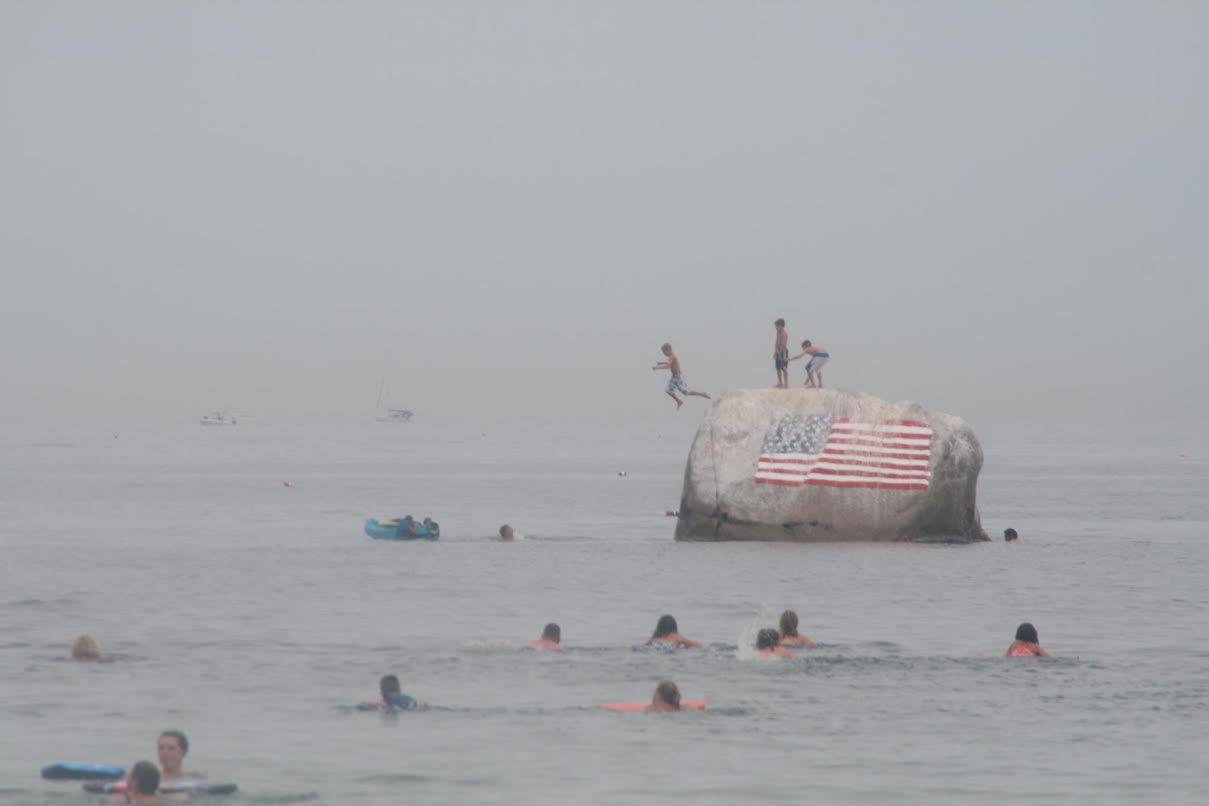 Seventy-five years ago, in the summer of 1940, a swastika appeared on White Horse Rock.

The giant boulder sits about a quarter of a mile off of White Horse Beach in Manomet. The sight of the swastika taunted people on the shoreline: The U.S. was not yet at war with Nazi Germany, but would be by the end of the next year.

Some news stories said “Heil Hitler’’ was also scrawled on the rock. Others say the names “Stalin’’ and “Hitler’’ were written on the side of the boulder not visible from the shore.

Whenever the story comes up, my dad points out that German U-boats were off the coast at that time. He said his father always told him he thought Germans may have painted the swastika.

Six American boys decided to do something about it. Four of them were my grandfather’s cousins. One of them later died in World War II.

This is their story as I know it.

It was dark when the boys set out in a boat for White Horse Rock. Beams from the headlights of cars passing the beach were the only thing lighting their way. The boys had already tried unsuccessfully to remove the swastika. So this time, they brought red, white, and black paint.

In the morning, residents woke up to see the stars and stripes from the shore. For many days, no one knew who was responsible, according to a Letter to the Editor describing the event, published by The Boston Globe in 1953.

Three of the boys were brothers—Donald Deary, Paul Deary, and Lawrence Deary. They were accompanied by Thomas Deary, Donald Studley, and Richard Kearsley, according to Mary Deary, mother of the three brothers. In her 1953 Letter to the Editor she said they were boys who loved their homes and their country.

“You see,’’ she wrote, “these boys only wanted to ‘clean up’ what was to them, and everybody else who loves our beaches, a disgrace.’’

No one cared that what should have been blue, was black, she wrote, since you couldn’t tell the difference from the shore.

“A natural crevice in the rock gave the flag the appearance of furling in the wind, and every star and stripe was in accord with those of the true flag—and best of all, it covered the swastika,’’ she wrote. “O it was was a thing of pride, that flag!’’

My grandfather kept an old newspaper article about the small act of patriotism for years. The Deary boys of Webster, Massachusetts, were his cousins, and Paul Deary was his best friend growing up.

Soon after the U.S. declared war on Germany in December 1941, all six of the boys enlisted and went off to fight. A new group of boys took up their flag. One of them was Ed Fitzgerald, who wrote about it in a 1953 Letter to Editor after seeing Mary Deary’s letter. 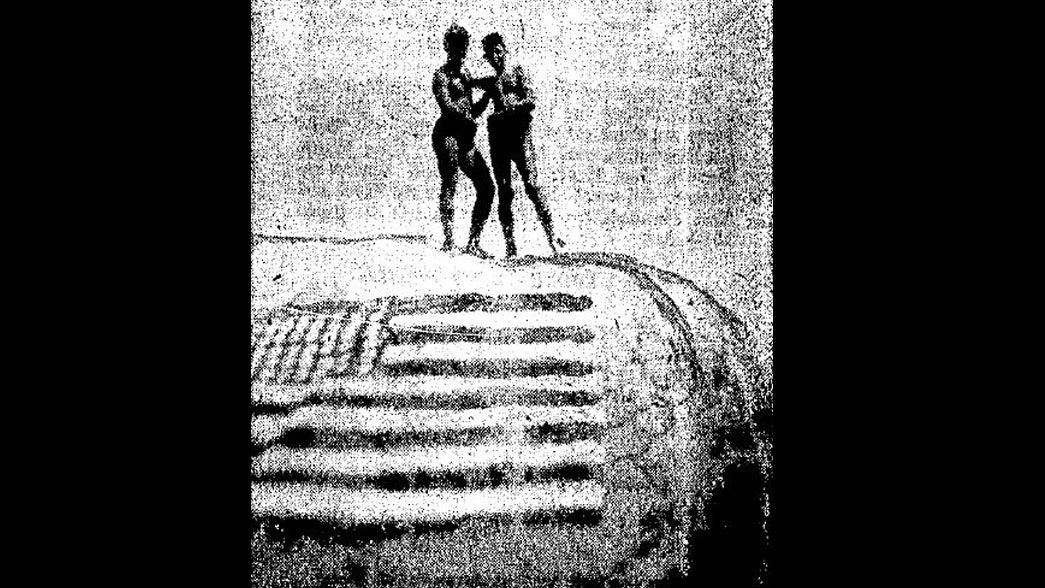 “I imagine all our mothers feel the same pride when they see the flag on the rock as Mary Deary does when she sees it,’’ Fitzgerald wrote in the letter, published in The Boston Globe. “It’s a wonderful sight to look out and see that flag facing the beach and know how and why it was put there.’’

One of the boys never came back from the war. Paul Deary, a navigator in the 8th Air Corps, was killed.

“When the boys came home ‘for keeps,’ there was a flag covering his beloved remains—it was his symbol of peace and love of country,’’ wrote his mother.

“My son could never draw or paint—his marks at school were always in the C class in drawing,’’ she added. “But on that night he and his fine young pals painted their one and only Rembrandt!’’

Mary Jane Calhoun-Donelan, whose family has been going to White Horse Beach for years, said her mother remembers that when she was young, no one was allowed on the beach after dark.

“During World War II the Coast Guard would be patrolling the beach with really ferocious German Shepherds that were trained to attack if necessary,’’ she said. “So once it got dark you didn’t walk the beach, and the shades were pulled and all of that. She said they were actually looking for submarines off of this area.’’

Jumping off White Horse Rock, or Flag Rock, as it also became known after 1940, has been a rite of passage for decades, Calhoun-Donelan said. Jumpers clamber up the guano-covered boulder on the Atlantic side and leap from the top of the north corner, or from the ledge just below the top known as “Chicken Ledge.’’

Calhoun-Donelan recently retired from teaching art in the Plymouth public school system. She said her students would often draw pictures of the rock when asked to paint something that reminded them of home.

In 1953, Fitzgerald said the rock would be repainted every July Fourth, “in remembrance of all the guys from White Horse Beach who lived, served, and died for that same flag.’’

Now, residents of White Horse repaint the rock whenever it needs touching up. The painters have included Calhoun-Donelan’s brothers.

Go to White Horse Rock today, and you’ll still see the American flag. The only change is in the colors: Many years ago, someone replaced the black paint with blue.