In a joint statement, United States Olympic Committee CEO Scott Blackmun and Steve Pagliuca, chairman of bidding group Boston 2024, characterized the decision to pull the plug as a mutual one, reached Monday.

Boston’s bid has been subject to significant scrutiny, spawning multiple opposition groups and failing to capture public support. The bid was due to face a referendum next year, something recently unveiled documents showed Boston 2024 hoped to avoid.

The public’s chief concern throughout the process became the threat that taxpayers would be stuck with the bill for any financial shortfalls from holding the games. Support has not been above 50 percent since January, when Boston was chosen as the American bid city.

Earlier Monday, Boston Mayor Marty Walsh—long an ardent supporter of the bid—said he could not commit to signing a host city contract that would put the public at financial risk, against pressure from the USOC to do so. Walsh had previously told the USOC he had reviewed a past host city contract and would be able to sign one.

“We always anticipated having the time to do our due diligence on the guarantees required and a full review of the risk and mitigation package proposed last week,’’ Walsh said Monday afternoon in a statement. “This is a monumental decision that cannot be rushed, even if it means not moving forward with our bid for the 2024 Summer Games.’’

The USOC had also asked Gov. Charlie Baker to take a position on the Olympics, something he hadn’t done since taking office in January. Baker spoke with the USOC Monday morning and again said he was waiting for a report on the potential impacts to the state.

“We couldn’t get this done any faster—from our point of view the time frame we established to begin with didn’t change,’’ Baker said Monday.

The USOC faces a September deadline to submit a bidding city for 2024. As Boston support failed to pick up, rumors persisted throughout the spring and early summer that it could seek to move to Los Angeles. In a statement, USOC Chairman Scott Blackmun said the committee was “out of time’’ to see Boston 2024 support improve “if the USOC is going to be able to consider a bid from another city.’’

No Boston Olympics, which has led opposition to the bid since 2013, said Boston is already a “world class city,’’ in a statement released Monday afternoon.

“We got that way by thinking big, but also thinking smart,’’ the statement read. “We need to move forward as a city, and today’s decision allows us to do that on our own terms, not the terms of the USOC or the [International Olympic Committee]. We’re better off for having passed on Boston 2024.’’

Boston joins Denver as an American bid city to withdraw due to public opposition. Denver, unlike Boston, had already been awarded the 1976 Winter Games when voters killed the plan via referendum. 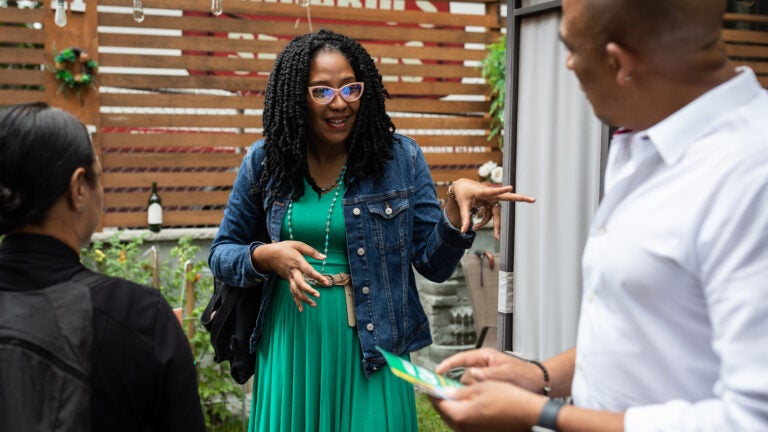