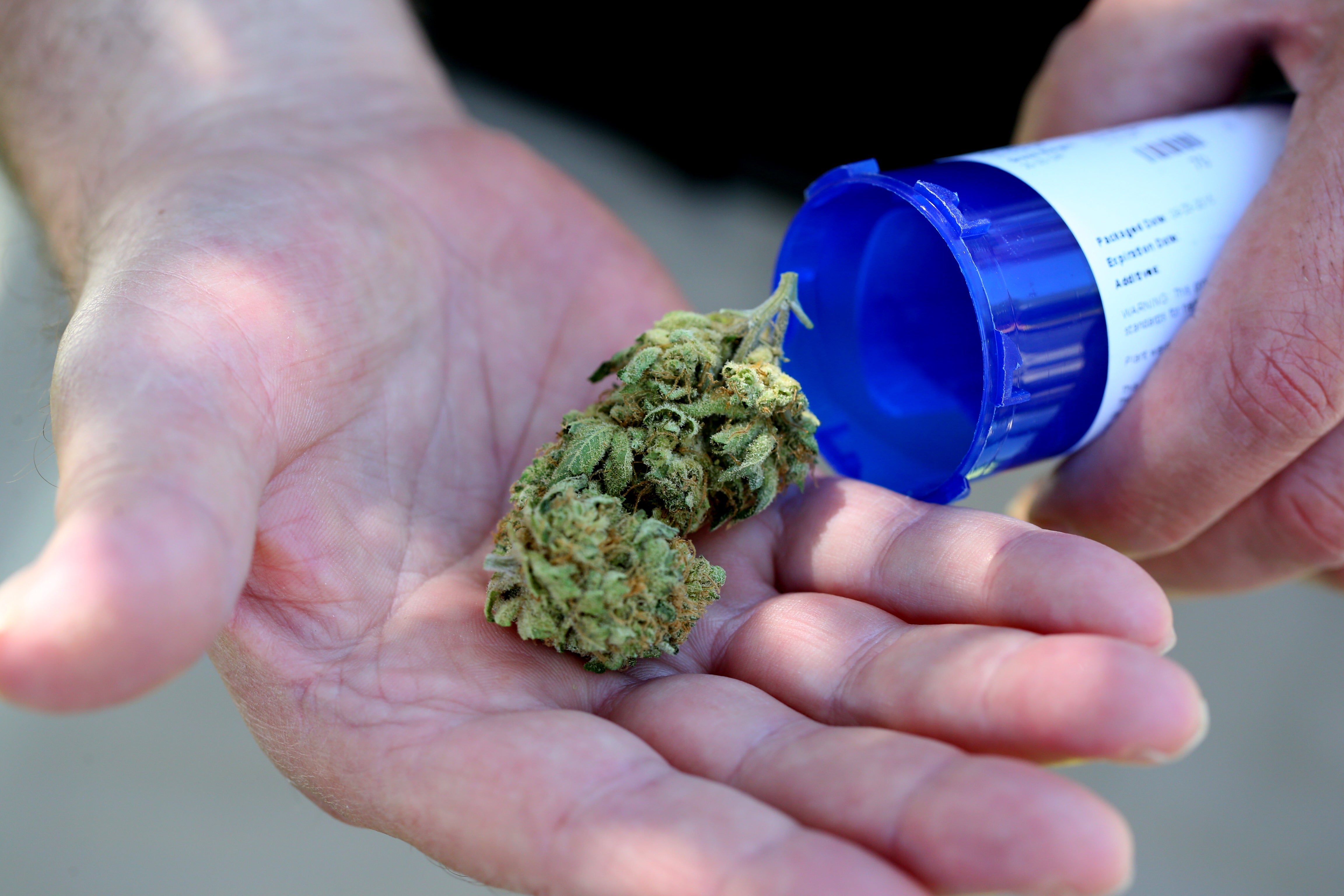 A patient shows off his medical marijuana purchased from the state’s sole dispensary. He’s one of 10,000 registered patients in Massachusetts.

Maddie Cole is a curly-haired 6-year-old who spends most of her day wracked by uncontrollable seizures. After 11 different pharmaceutical drugs failed to alleviate her generalized pediatric epilepsy, her parents decided two years ago to try cannabis oil.

But Cole is not yet a registered medical marijuana patient in Massachusetts, even though her doctors say she should be. Pediatricians approved Maddie as a patient in Leicester, a town in central Massachusetts, and the necessary paperwork was sent to state officials six weeks ago.

But the little girl is still waiting on her card.

“Three years after it was voted into law, we’re still not able to access this for our daughter,’’ said her mother, Lisa Cole. 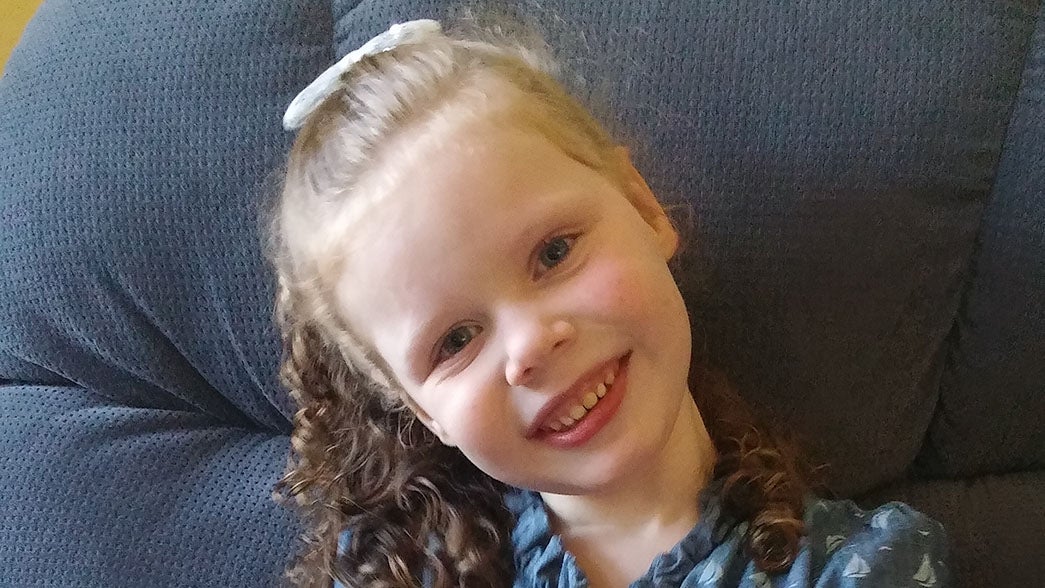 More than 20,000 Massachusetts residents have been approved by doctors to obtain marijuana since the state passed a medical marijuana law in 2012. But so far, as of July 1, only about half of them are registered medical marijuana patients. What happened to the others?

The obstacles are myriad. Some encountered technical issues with the state’s registration website. Some didn’t have a permanent address or Internet access or an email address needed to sign up. Some had a driver’s license that didn’t match their current address.

And others may have just chosen to wait. Because even when approved, the missing 10,000 patients probably won’t be able to access medical marijuana for a long time. Those who can grow marijuana — called caretakers — are only allowed to have one patient at a time.

And the actual supply of medical marijuana in Massachusetts is incredibly low. The state currently has just one dispensary in the city of Salem, about 25 miles north of Boston. Others are expected to open later this year.

“The gap between certified and approved patients may arise from many different situations,’’ said Scott Zoback, a spokesman for the Department of Public Health, “including patients who have chosen not to formally register yet, patients who have started but not completed the process, patients who have been asked to resubmit information, and individuals waiting for identification confirmation.’’

By comparison, in Connecticut, which also passed a medical marijuana law in 2012, there are 5,535 certified marijuana patients and 4,097 fully registered ones. That’s a gap of less than 1,500 patients, or 25 percent. Massachusetts’s gap consists of about 10,000 people who should be receiving marijuana for medical reasons.

Dozens of people packed a public hearing on June 14 at the State House on a bill that would ease restrictions in the current medical marijuana law. If passed, out-of-state medical marijuana card holders would be able to get their medicine here in Massachusetts. Patients would be protected from discrimination and retribution in housing, employment, school, and professional licensing. And caretakers would be able to grow marijuana for up to 10 patients, compared to the current one-to-one ratio.

Most people already using marijuana to treat symptoms are probably obtaining it illegally on the black market since they can’t get it through the proper channels, said Dr. Kevin Hill, director of the substance abuse consultation service at McLean Hospital in Belmont, who has studied and written about medical cannabis.

“You can’t really get it anywhere,’’ he said. “Why bother going online and doing this registration piece?’’ 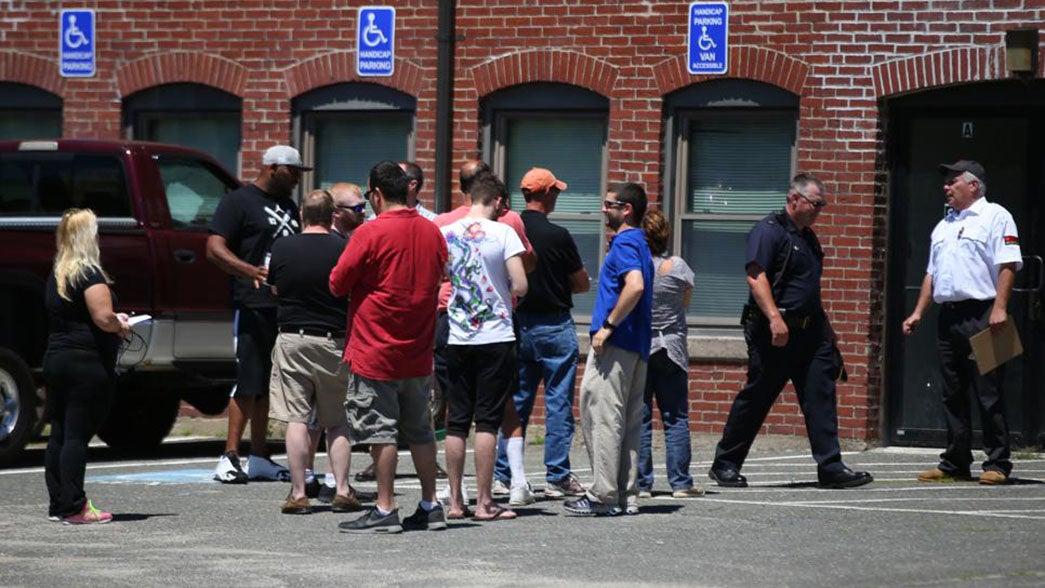 Patients line up outside the first medical marijuana dispensary in Salem the day it opened in June.

Maddie doesn’t fit the profile of what anti-pot activists might think of as a typical medical marijuana user — a stoner looking for legal weed. But she’s one of many kids with severe illnesses whose parents and doctors think they’d benefit from medical cannabis.

The American Academy of Pediatrics this year recognized cannabis as a treatment option for those with “life-limiting or severely debilitating conditions for whom current therapies are inadequate.’’

For the Cole family, the process of simply finding a doctor dragged out for two years. The law required them to seek out two pediatricians, instead of just one, who would approve her for marijuana use. But the state does not provide a list of those doctors. Finding one is all about networking with other parents who are also seeking cannabis for their kids, Lisa Cole said.

For adults, the process is supposed to be simpler. Once deemed qualified by a doctor at a cost of about $200, patients are sent to the state’s “virtual gateway,’’ where a PIN and logon provided by the doctor will provide access. Then there’s a 15-step process that involves taking a picture of yourself, scanning a photo ID that proves your Massachusetts residency, and paying $50 to the state.

After that, the long wait for the card begins. Some people report that it takes two months. But for many, it takes much longer.

A server error on the registration website prevented Nichole Snow, a soft-spoken 33-year-old from Salem, from getting her card. Snow has suffered from chronic pain ever since a car accident left her with little use of her left side and forced her to leave her job.

Snow, the executive director of the Massachusetts Patient Advocacy Alliance, has testified at the Massachusetts State House, written op-eds in major policy journals, and helped others navigate a sometimes unwieldy three-year-old medical marijuana system. Yet she still can’t navigate the state’s system.

“It’s not compassionate,’’ Snow said of the delays. “It was not the intention of the law.’’ 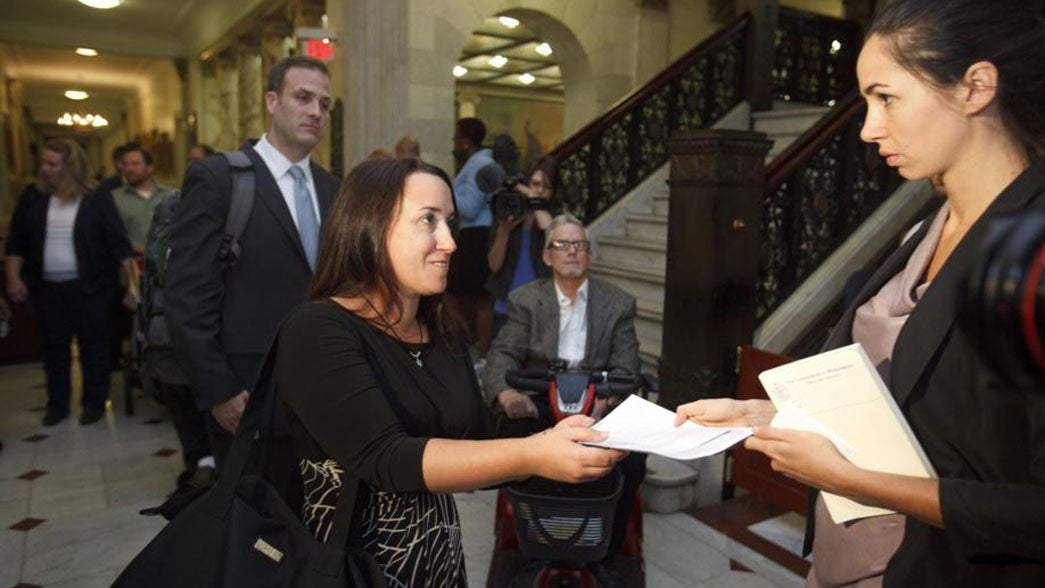 Nichole Snow at the State House in 2014, pictured handing a letter to a representative of the Patrick administration.

Jeremiah MacKinnon isn’t a registered patient either, though he carries his doctor’s recommendation in his wallet. His issue: the 20-year-old’s address on his license doesn’t match his current address, so he can’t register without a trip to the RMV.

For advocates who pushed for the law, it’s another example of a medical marijuana system that was designed without patients in mind.

With all the hurdles in place in Massachusetts, it can seem like those who aren’t well-off — young people, poor people, transient people — will be shut out of the medical marijuana system, said Michael Latulippe, founder of the Cannabis Society, a social club focused on both medical and recreational marijuana.

“We have a voter ID law here in effect in Mass. to prevent people from getting access to medical cannabis,’’ he said. 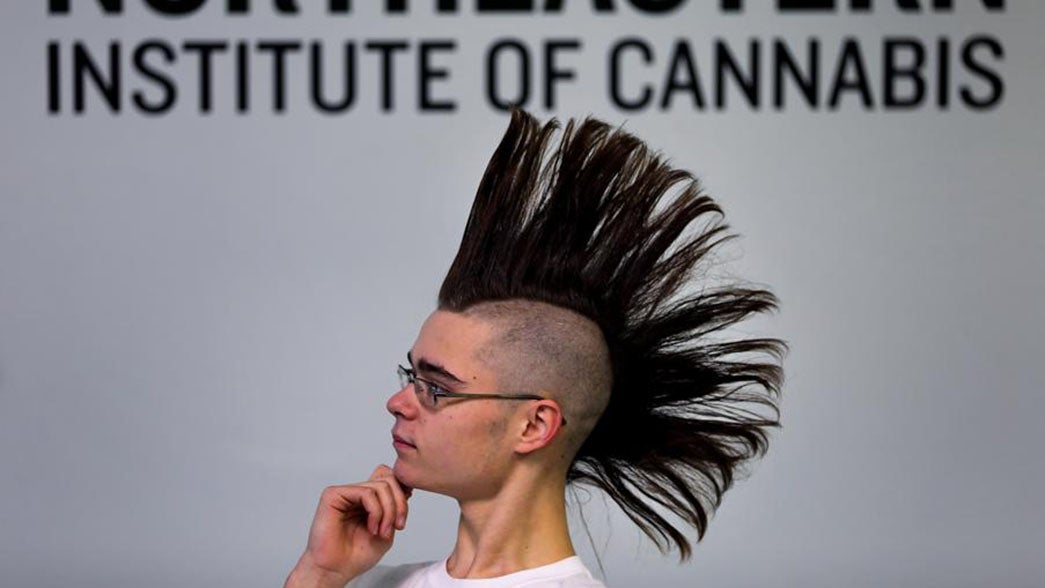 The Coles, who have two other healthy daughters, Maddie’s twin Kelsey and 3-year-old Avery, are in limbo. Meanwhile, Maddie has 50 to 100 seizures a day from the moment she wakes up.

“I think that’s unacceptable, irresponsible, and a danger to her life,’’ Lisa Cole said.

Maddie’s already taking a version of the drug, a pure cannabidiol extract, through a clinical trial at Massachusetts General Hospital, where she’s treated. But the version she’s taking isn’t very effective. Finding a caretaker to grow and then extract the oil from the specific strain she needs—cannabis high in cannabidiol (CBD) and low in tetrahydrocannabinol (THC), the high-producing part of the plant—will be best. The version she’s taking now has no THC.

But even if Maddie was approved today, her parents would still probably have to wait. Under the current state law, caretakers can only have one patient at a time. Dispensaries aren’t likely to have the non-high-producing strain Maddie needs.

“The ratio of one caregiver to one patient mean we can’t get the medicine for Maddie until a patient dies,’’ Lisa Cole said.

Bob Lobel, 71, an iconic Boston sportscaster who appeared on local television station WBZ for nearly 30 years, relies on medical marijuana, including edibles and topical oils, to ease debilitating pain in his joints and on the soles of his feet. The pain is so bad that he can hardly stand up without assistance, and he leans on a walker to move.

Lobel is currently importing all of his medical marijuana from Oregon, where he easily registered during a recent trip to visit his daughter, who lives there. Now she’s his caretaker, meaning she can grow for him.