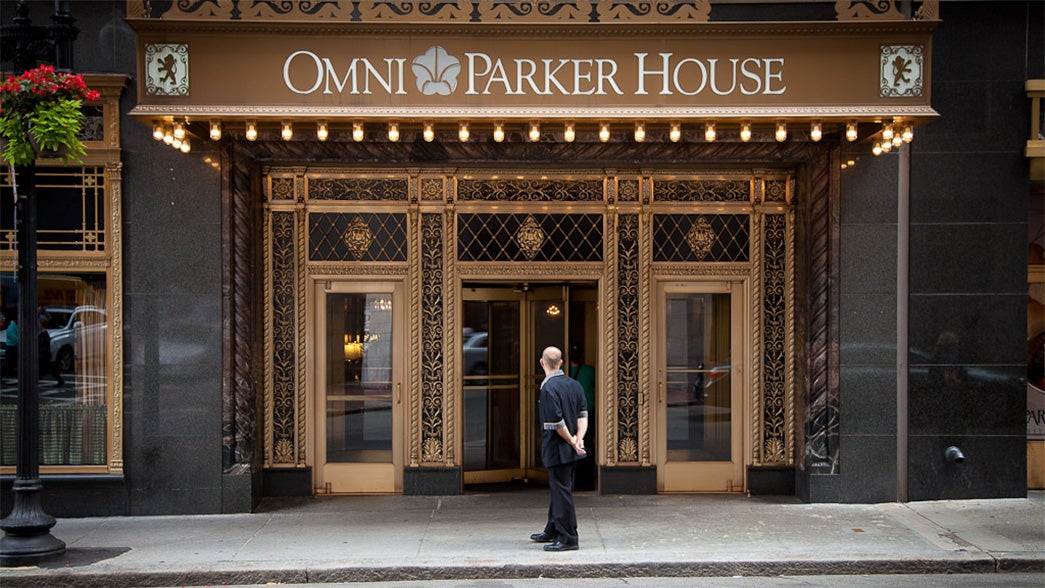 If the walls of the Omni Parker House could talk, they’d whisper scandalous details from JFK’s bachelor party, read aloud from “A Christmas Story’’ (which Charles Dickens finalized in one of its rooms), and then pause to take a bite of some Boston cream pie, which was perfected in the hotel bakery.

Luckily, the employees can.

In honor of the hotel’s 160th anniversary, Boston.com spoke to three bellmen, who have spent the past few decades learning the ins and outs of the historic hotel, about their favorite guests, rooms and whether they’ve seen ghosts floating through the hallways.

Also read: When they built the Hancock Tower—and it started falling apart

Have you always been a bellman?

I was a runner first. In those days, I guess there was no age limit because I started here when I was 14 or 15.

What did a runner do?

In those days, we had a senior bell captain, and he would send us out to go get theater tickets because there were no iPhones or computers, so you physically had to go to the box office or Boston Garden to get tickets for sporting events. We ran around town to do errands, they kept you busy, ‘go here, go there,’ and then they’d give you a few dollars when they got paid. I can remember parking cars in those days on Saturdays and Sundays without any license and no one cared.

Have you ever worked anywhere else?

No. The first two weeks on the job, I told the senior bell captain, ‘I don’t think I’m cut out for hotel work.’ I just didn’t think I fit in. But he said, ‘be patient, you’ll like it, it’ll grow on you.’ It did over the years. Forty-eight years later I’m still here.

I met Hugh Hefner when his daughter graduated from Brandeis. I was standing out front and he brought his entourage of Cadillacs and limousines. All these bunnies were coming out of the cars and everything. It was like something I’d seen out of a movie.

He told me that he was here for graduation and I helped him in with this luggage. I took all his people to the different rooms, there were a lot of them, and he said, “When you get to the end of it, come and see me in my room.’’ I think he gave me $300, and in those days that was a big tip. That was probably like $1,000 today, maybe more. And I just stared at him. I was amazed. And he looked at me and was like “OK, now,’’ and tried to get me out of the room. I do remember him saying, “When you get to be my age, you can live like I do.’’

Do you have some other favorite guests?

I’ve met a lot of people over the years, let me tell you. I met the model Claudia Schiffer, David Copperfield, Leonard Nimoy, Elizabeth Montgomery (of Bewitched), The Grateful Dead, The Who, Ross Perot, Bill Clinton, Muhammad Ali when he was Cassius Clay, Jimmy Carter, Gerald Ford. I’ve met every politician in Boston and some judges. Oh! Billy Bulger. I didn’t, uh, ever meet Whitey Bulger. But I did meet some people here over the years that would be better left unsaid.

I can’t tell you. Let’s just say a lot of them ended up in jail and did bad things.

Got it. Were any celebrities rude to you?

I met Judy Garland when she was performing. She never used the revolving door out front. She’d stop in front of one of the side doors and just stand there and would want someone to open and close the door for her. But she’d give you a tip for doing it. She was very kind and generous.

How did you get started working here?

My father worked here and he let me help, but I wasn’t on the payroll. He said, “Put on some khaki pants and a white shirt and come help out.’’ So I did. I did that in the summer for a couple months, and then I got a position on the door and started full-time when I was 17.

Do you have any really fond memories of being a bellman?

Back in the ’80s, Pete Townshend from The Who came in and I was at the door. A girl who was at the front desk asked me to go out with a piece of paper and get an autograph for her. So, I don’t know if you know, but The Who have this song called “Bell Boy.’’ When I went up to Pete, I was in my uniform and he looked me up and down and smiled, and I know we were both thinking of the song. It was kinda cool. We had a moment. 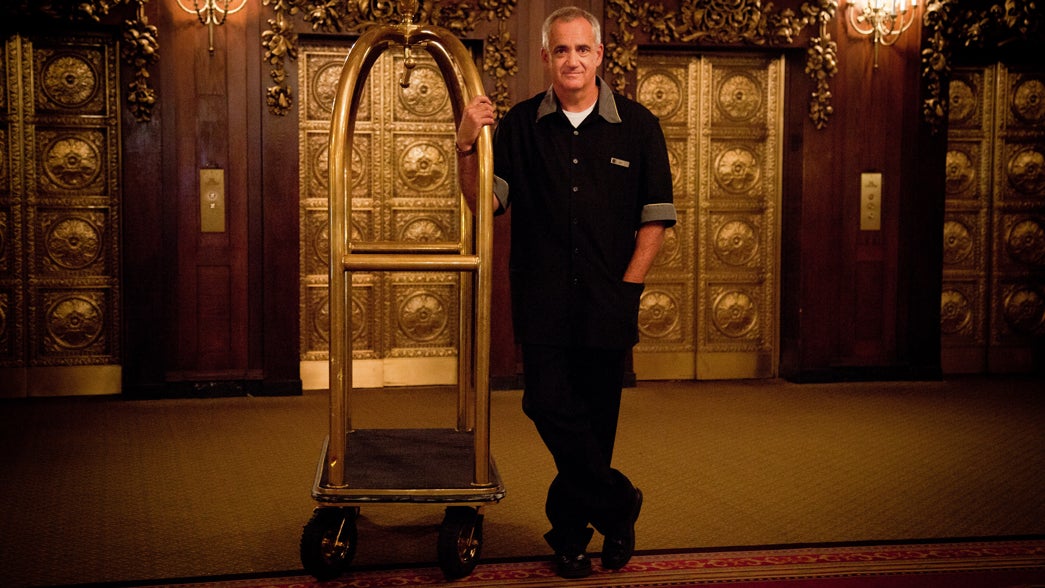 Have you ever had any awkward moments on the job?

One time Desmond Tutu locked himself out of his room. If that happens, guests are supposed to show an ID, but he locked it in the room and couldn’t. I was walking through the hallway and a maid was asking him to show an ID so he could get back in his room because that was the policy, and he was clearly frustrated, just standing there in his full regalia. I knew who he was, so I let him back in. I was like, “Sorry about that, Mr. Tutu.’’

How has the job changed over the years?

The job itself hasn’t changed too much, but the bags have gotten so much bigger and so much heavier. You used to be able to fit 10 bags on a cart. Now you’re lucky if you can get six. I’m not sure what people are packing these days.

What’s your favorite room in the hotel?

The bakery. I work from 3 to 11 p.m., so when I have some free time, I bring guests down there. I show them the press used to make Parker House rolls. There are only three of them left. There’s one here, one in Mount Washington, New Hampshire, and one in the Smithsonian.

The Ho Chi Minh table is also down in the bakery because he used to work here. A lot of people from Vietnam who aren’t even staying here will come in and ask to see the table. When I bring them down there, they stand there holding it and touching it. It’s cool to share that moment with them.

Can you tell me about a guest who was really memorable?

I met a couple when they stayed here in September 2002. Their 21-year-old daughter Lisa died on September 11. Mr. and Mrs. Frost were from California but were retracing her steps before the one-year anniversary, and stayed here overnight. She went to BU. We talked in their room for like 20 minutes, and they gave me a button they had made. It said when she was born and had her picture. They were taking the buttons with them to the memorial. I still have mine in my sacred space with my things at home. The visit was very emotional. 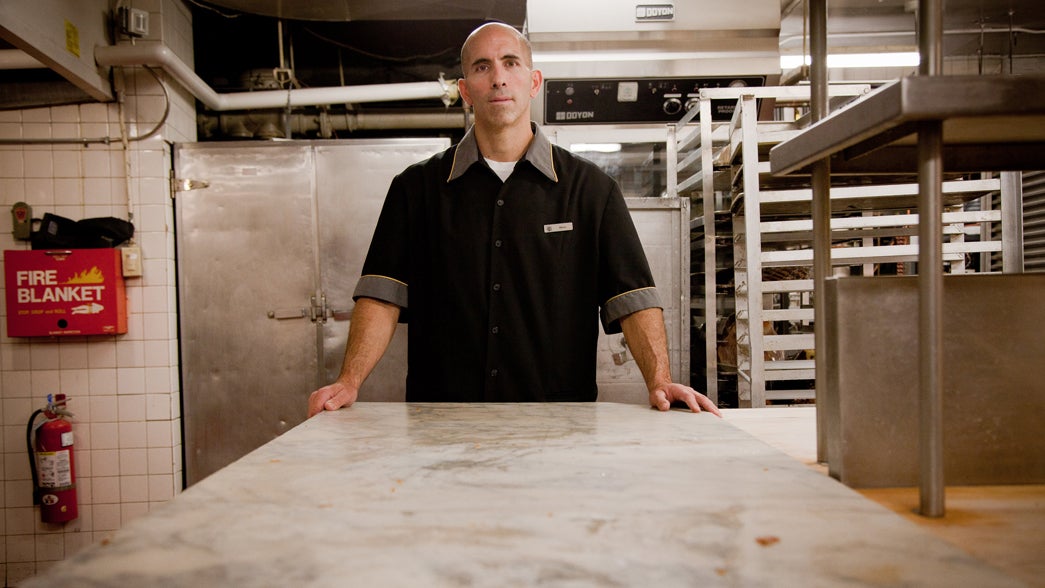 I bet. Did you stay in touch with them?

Not really. But two summers ago, I went to the memorial in New York, and there was one name I wanted to look up when I got there, and that was Lisa Frost. But there are so many names, I wasn’t sure how I’d find it. I didn’t see it on the first tower, and when I got to the second one I was looking around and just took a quick video, but wasn’t looking through the lens. When I replayed it, her name was right in front of me. I don’t know what the odds of that are, but it was a pretty amazing thing.

Wow. OK, I’m going to need you to be very honest with me about something. Is this hotel haunted?

People ask me this every day, no exaggeration. It’s the question I get more than any other. I’ve never seen anything, but so many people I’ve worked with have. And some guests have come down saying they want to change rooms because they’ve seen things or heard a strange noise. I don’t know why they’d all lie.

I would like to see something out of curiosity. I mean, if there’s nothing after our life, that’s kind of a bummer, not to get into all that. But some strange things can happen. You know when you think of someone who you haven’t talked to for years and they call you the next day? It’s weird! I don’t know what to call it, but I do believe in that sort of thing. As far as the ghosts, though, if there were ghosts wouldn’t there be millions of ghosts?

I guess I’ll have to stick around to find out.

Photos of the Omni Parker House through the years: 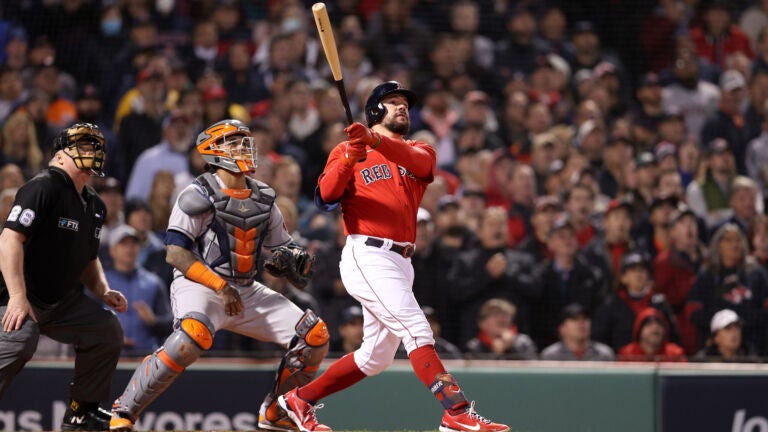