The girl who accused her classmate at an elite New England prep school of raping her on campus testified Wednesday about what led to the alleged attack.

The girl, who was 15 when the alleged crime occured at St. Paul’s School in May 2014, told jurors that she initially rebuffed a message from Owen Labrie, 19, who has pleaded not guilty to multiple counts of felony rape.

But after she was approached by a mutual male friend, the girl reconsidered. She didn’t think there would be anything untoward. She thought Labrie would simply show her a hidden spot on campus.

“I thought if anything, he might try to kiss me,’’ she said. “I thought I might get to see a cool place and maybe we’d kiss but that’s all.’’

Prosecutors say Labrie arranged for a tryst with the girl at St. Paul’s School in a secluded machine room in a school building, prosecutors say he took it further than she wanted it to go.

took the stand late Tuesday afternoon, answering questions about her upbringing and how she ended up at St. Paul’s, where she enrolled as a freshman in 2013.

Today, the girl is testifying about what led to that night in the machine room. She initially rebuffed his message, thinking it was a form letter he sent to lots of girls.

Owen Labrie had been making a list of girls to hook up with months before a 15-year-old accused him of sexually assaulting her at their elite New England prep school, but her name was the only one written in capital letters, a prosecutor said Tuesday.

Labrie, now 19, has pleaded not guilty to multiple counts of felony rape in a trial that began Tuesday.

There was a game above it all: a storied hookup contest among the school’s upperclassmen called the “Senior Salute.’’ Labrie and his friends talked about “slaying’’ girls, with April and May referred to as SLAYpril and SLAY, Deputy Merrimack County Attorney Catherine J. Ruffle said.

“This case is about Owen Labrie sexually assaulting a 15-year-old girl,’’ Ruffle said in her opening statement. “It’s about how he thought about this for months. How he made a plan and he executed the plan in an isolated, secluded mechanical room.’’

Boston.com does not name victims of sexual assault unless they agree to be identified.

“Senior Salute’’ meant lots of different things to different students at St. Paul’s, a point that was made by both the prosecution and the defense in opening statements. It could connote anything from a casual hangout to kissing to sex, they said.

Defense attorney J.W. Carney said there’s no evidence to show the girl wasn’t willing to participate that night in the machine room. Carney read aloud for the jurors some of the correspondences exchanged between Labrie and the girl in emails and Facebook chats, which are full of flowery language sprinkled with French phrases and “hahahas.’’

“There’s a door here that’s been locked since before we were born,’’ Labrie wrote. “If you want the definition of bittersweet, think of me spending three years trying to open it, but only having three days.’’

At first the girl declined, then changed her mind.

“Only if it is our little secret,’’ she wrote.

“Not a soul needs to know,’’ Labrie replied.

Ruffle said that the girl will tell the court of Labrie pulling her underpants down, and her struggling to hold them up, of him biting her chest, and her pulling his face away from her crotch.

“She tried to say no,’’ Ruffle said. “She tried to use her physical conduct to indicate to him that this was not consensual. But beyond that, she didn’t find the words to handle the situation to stop it from going further.’’

Within a few hours of the encounter, the two were chatting again, this time when she asked Labrie if he used a condom. He put one on, he said, “halfway through.’’ Then the chatter devolved into her lamenting a lost earring, punctuated with “hahahas.’’

“Does this sound like texting where she was unwilling that night?’’ Carney said.

Besides that, they didn’t have penetrative sex, Carney said. Labrie stopped and they both agreed to leave, Carney said.

“The evidence will show that they never did have sex,’’ Carney said. “There was a lot of dry humping, no question about that.’’

The girl took the stand late Tuesday afternoon, answering questions about her upbringing and how she ended up at St. Paul’s, where she enrolled as a freshman in 2013.

She told of being “disgusted’’ when she first received the solicitation from Labrie. She was at lunch with friends and thought it was so “typical and stupid.’’ Later, when she showed her sister, she was told to just ignore it. But she wanted to tell Labrie “no’’ so he wouldn’t think this was OK to say to any other girl.

She later changed her mind, when a boy her age who she was friendly with approached her and asked her to reconsider.

“He tried to make me feel comfortable with the idea,’’ she said. “And eventually I was thinking, ‘Here’s a person who has paid special attention to me. How nice.’ It sounds like he’s pretty genuine.’’

Her testimony ended after about 45 minutes, and she is expected to take the stand Wednesday morning.

Ruffle said in her opening statement that it comes down to whether the jurors believe the girl. Do they think she was unwilling, or is she now just regretting what she hoped to be a secret?

“If you believe [her] and you believe she’s telling the truth and you believe her beyond a reasonable doubt, you don’t need any further evidence,’’ Ruffle said. “You just have to believe what [she] tells you.’’ 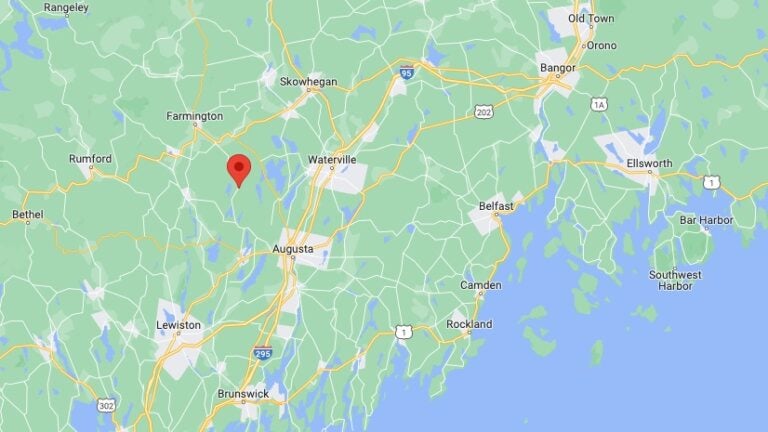