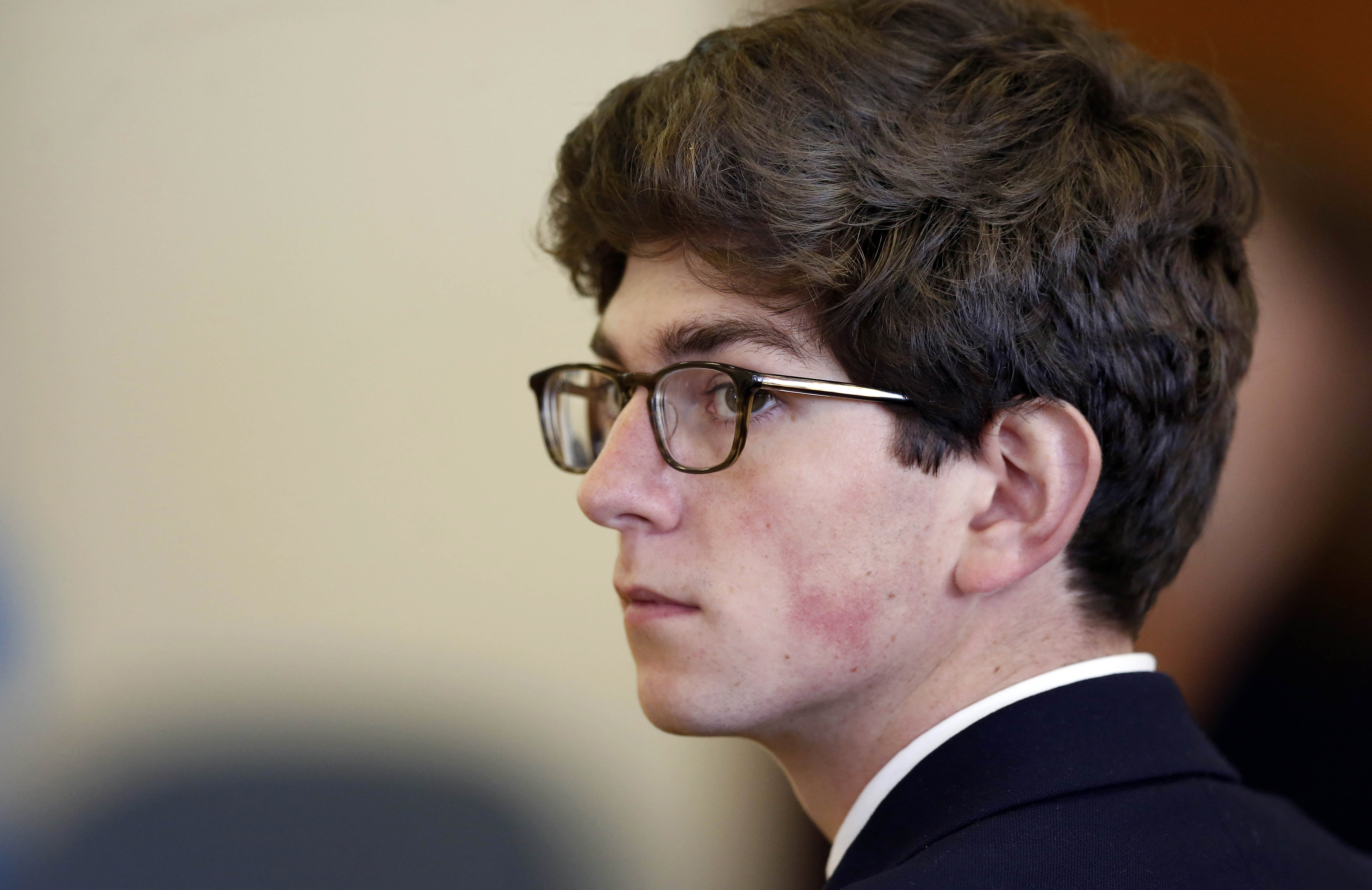 Owen Labrie listened as some of his former classmates testified in his rape trial Monday in Concord, New Hampshire.

On Owen Labrie’s list, only one girl’s name was in capital letters. And she had already said no.

So Tucker Marchese wanted to know: how did his friend get her to say yes?

“I can’t believe you poked her, dude,’’ wrote Marchese, who like Labrie would soon graduate from New Hampshire’s exclusive St. Paul’s School, in a May 2014 Facebook message. “How’d it go from no to bone?’’

“Just pulled every trick in the book,’’ Labrie replied.

Marchese knew the girl had declined Labrie’s invitation for a Senior Salute, a tradition on the prep school campus in which graduating seniors asked younger students to hang out – or hook up – before graduation. The girl’s name was the most prominent on Labrie’s list of girls he wanted to pursue.

Labrie is now charged with raping the girl, who was 15 at the time, and who Boston.com is not naming. In the days after the encounter, she broke down, called her mom and went to police.

Labrie is expected to take the stand this week. His attorney says he could not have raped the girl, because they never had penetrative sex. But four of his friends may have undercut that argument Monday when they took the stand to testify that he told them he had sex with her.

Five young men in all – most in nearly matching outfits of blue blazers, khakis and button downs – took the stand to read often cringe-worthy Facebook messages and explain terms like “Senior Salute,’’ “slaying,’’ “scoring’’ and “hooking up.’’

When Labrie went back to his dorm that Friday night, one testified, a half dozen boys surrounded him, asking if he’d had sex with the girl. No, he said, while nodding his head yes.

Later, his roommate, Andrew Thomson, said Labrie told him privately that he and the girl “boned,’’ which Thomson took to mean sex.

Defense attorney J.W. Carney contends that the girl never indicated to his client that she wasn’t willing. In his questioning of Marchese, he also suggested that Labrie may have just been bragging. Labrie is “someone who says preposterous things just to get a reaction out of people,’’ Carney suggested. Marchese agreed. 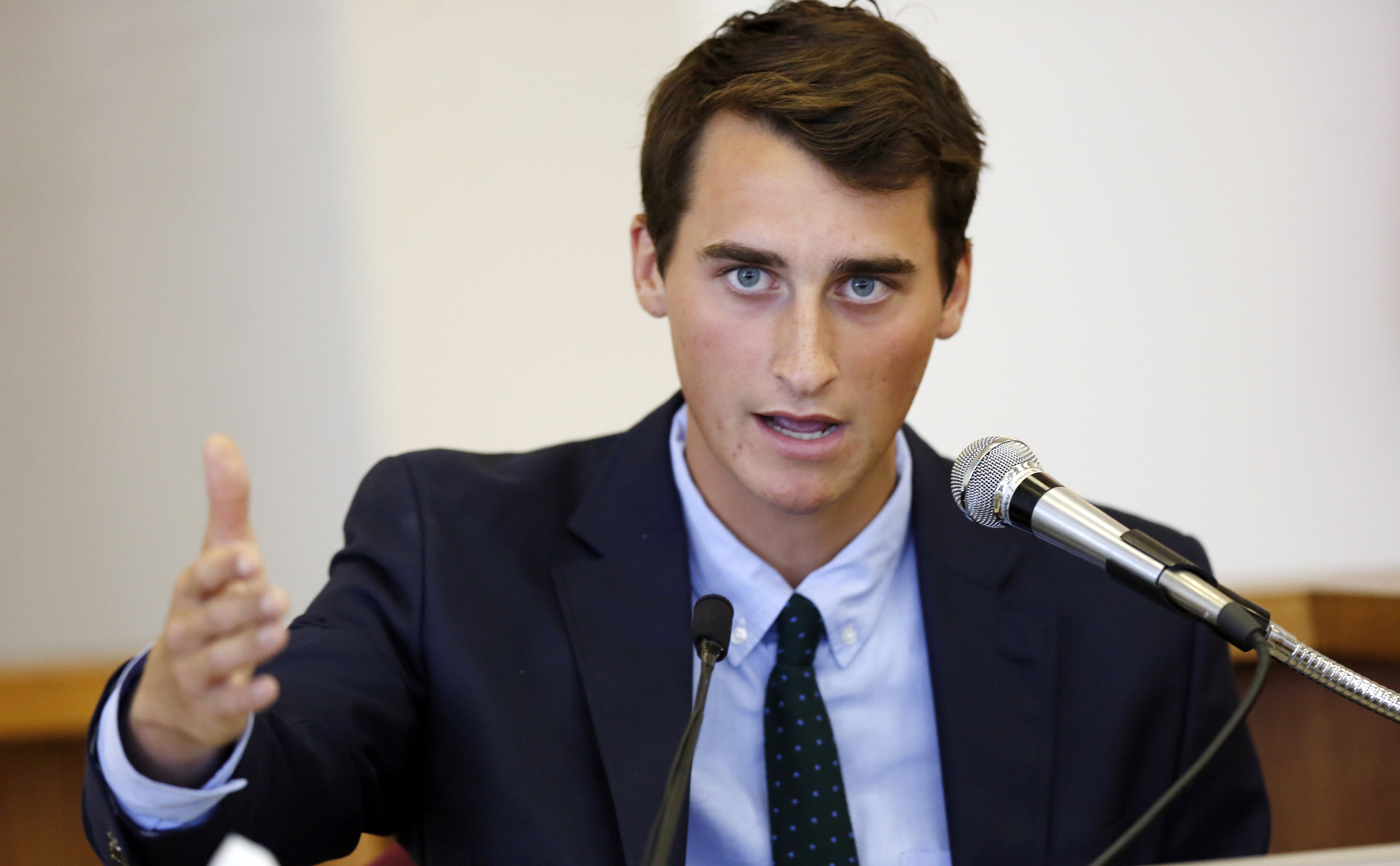 Labrie sent over-the-top messages to the girl and his friends. In one, at the start of what prosecutors are calling Senior Salute “season,’’ he wrote to Marchese: “Welcome to an eight-week exercise in debauchery …. An exploration of the innermost meanings of the word sleazebag.’’

Malcolm Salovaara, a 2013 graduate who now goes to Dartmouth College, explained the meaning of “Senior Salute.’’

“It was a term that was used to explain … the feeling of a last-chance-dance kind of atmosphere in the last spring term of every year,’’ said

Though he had graduated a year before, Salovaara was in a Facebook group with Labrie and another recent grad called “Slayers Anonymous.’’ He said it was just a way to keep in touch, he said, and wasn’t any kind of competition.

Slaying, what does that mean, prosecutor Catherine J. Ruffle asked. A synonym for scoring or hooking up, Salovaara said. What was scoring? The same thing, he said, anything from kissing to sexual intercourse. 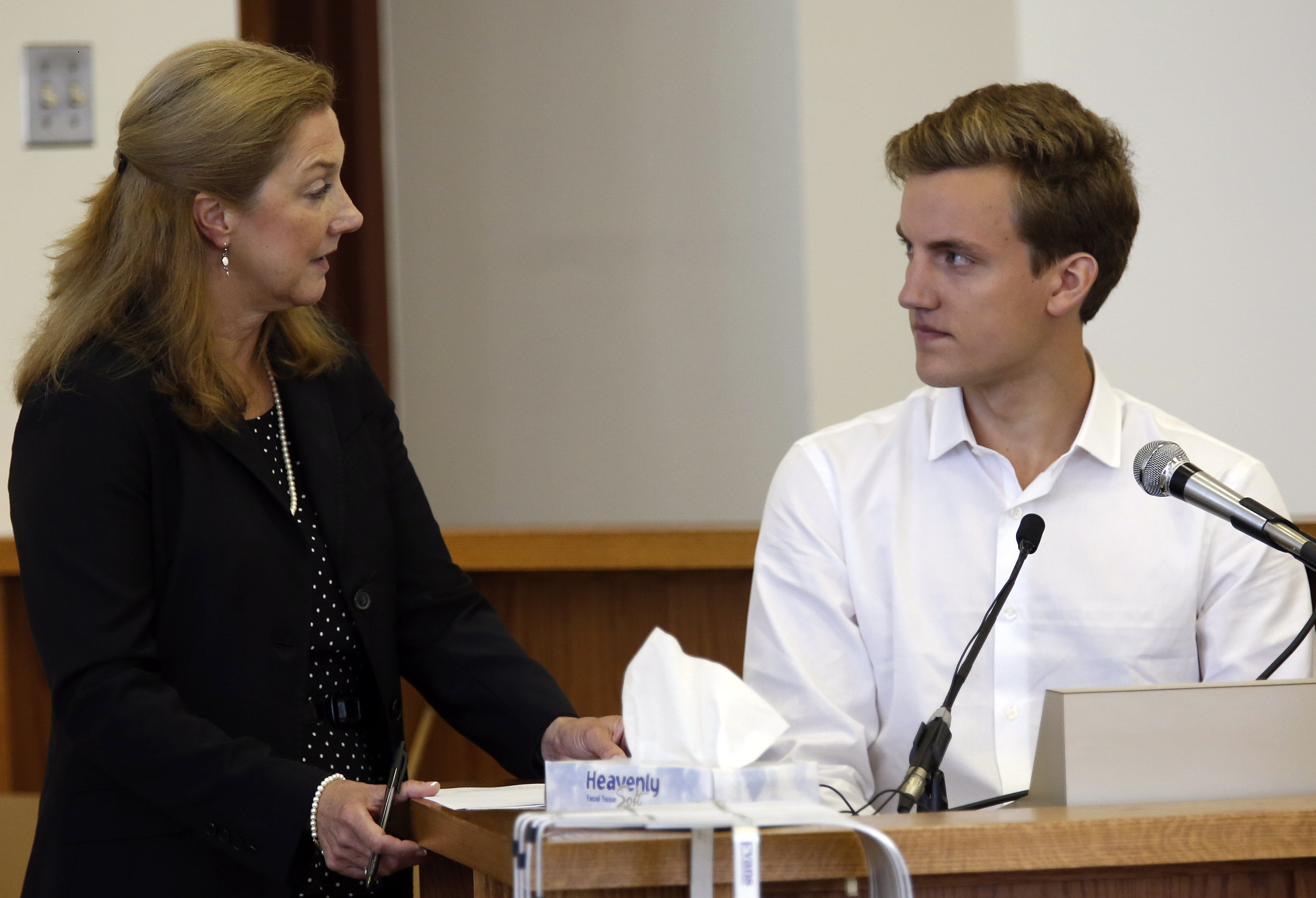 Malcolm was the one witness Monday who refused to say in court if Labrie had told him that he and the girl had sex. He maintained Labrie had only said he “hooked up’’ with the girl.

Thomson said the Senior Salute meant a lot of things to different people. It could be a walk around campus, a kiss, or a sexual encounter.

“It was just kind of a way for people on a secluded campus to express an interest in someone else, whether it be for friendship or romantic,’’ said Thomson, who now attends Brown University.

Others testified that Labrie and Thomson were in a Senior Salute contest, something Thomson on the stand vehemently denied. 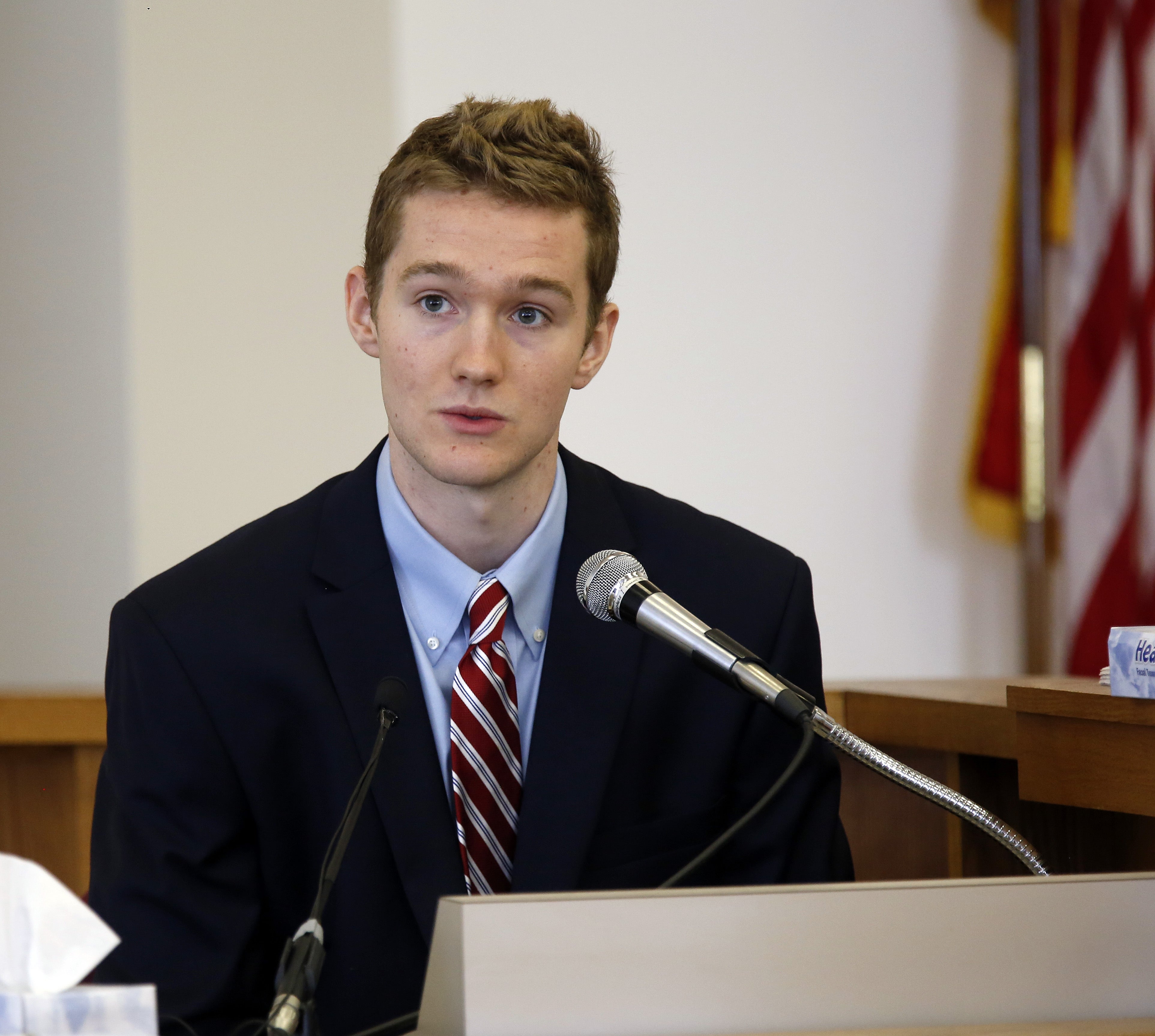 Andrew Thomson, now at Brown University, was the former roommate of Owen Labrie.

Whatever it meant, Labrie told his friends he was interested in the girl. Thomson said it was clear he had a crush on her – Labrie called her a princess – and he’d see the two occasionally flirting.

“Who do you want to pork, more than anyone, bro?’’ Salovaara asked in a Facebook chat in January 2014, four months before the encounter.

Labrie replied with the girl’s name.

At least one of the friends cautioned Labrie against a hookup with the then 15-year-old girl.

“I told him it probably wasn’t a great idea and I warned him that she was a lot younger than us,’’ Thomson said. 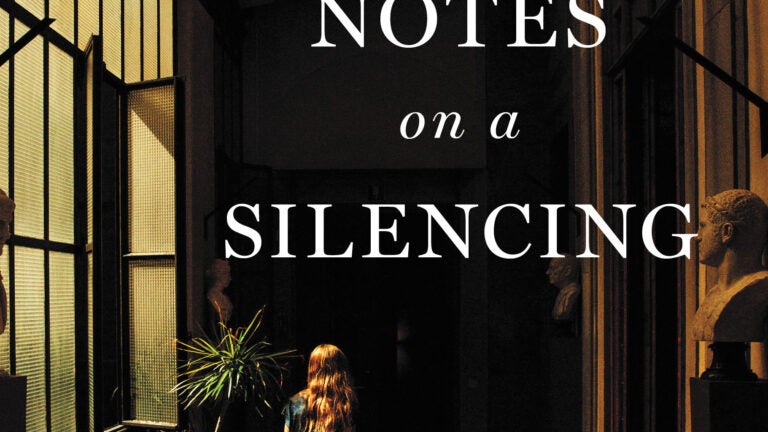