A prep school graduate who was Harvard-bound until his arrest last year was found guilty Friday of misdemeanor sexual assault of a 15-year-old girl, but acquitted of more serious felony assault charges.

Owen Labrie, now 19, was convicted of three charges of misdemeanor sexual assault of a female classmate in May 2014. He was also found guilty of one felony charge of using a computer to solicit the girl and a misdemeanor count of endangering the welfare of a child.

Labrie could face 12 months of incarceration for each misdemeanor conviction and a maximum of 3 1/2 to 7 years for the felony charge. He will be forced to register as a sex offender for the rest of his life, but can apply for release after 15 years.

Labrie, who has dark curly hair and wears glasses, broke down and cried while the verdict was read. Afterward, while the lawyers discussed sentencing with the judge, Labrie reached back and grabbed the hand of his mother, who was hunched over in tears.

The girl was surrounded by her family, who had their arms around her. Outside the courthouse in Concord, New Hampshire, Laura Dunn, a spokeswoman for the family, said in a statement on their behalf that “a measure of justice’’ has been served for victims of sexual violence.

An attorney for the family, Steve Kelly, did not rule out the possibility that the family might file a lawsuit against St. Paul’s School.

“We still feel betrayed that St. Paul’s School allowed and fostered a toxic culture that left our daughter and other students at risk to sexual violence,’’ the family said in the statement. “We trusted the school to protect her and it failed us.’’

In New Hampshire, people under the age of 16 cannot legally consent to having sex. So if the jurors determined that Labrie and the girl did have sex, they were obligated by law to convict him of misdemeanor sexual assault whether or not they believed it was consensual.

Because the age difference between Labrie and the girl was less than four years, he was charged with misdemeanor sexual assault, not felony statutory rape.

His defense attorney, J.W. Carney, said Labrie’s felony conviction of using Facebook and email to solicit the girl was based on a law that was never intended to be used against a teenager, but rather for people who pretend to be teenagers in order to prey on children.

Carney said he expects to file an appeal on this issue in the next 30 days.

“In essence, what happened as a result of this trial,’’ Carney said, “is that one teenager was found guilty of having consensual sex with another teenager.’’

Labrie will be sentenced on Oct. 29. The judge set a new bail of $15,000 and imposed a nighttime curfew on him.

“We hope this will send a message to future victims, that they will have the strength and courage to come forward,’’ prosecutor Catherine J. Ruffle told reporters outside the courthouse.

Labrie was two days away from graduating when he invited the then 15-year-old girl to spend time with him as part of a “Senior Salute.’’

To some, a Senior Salute was a last chance to spend time with an upperclassman before he or she left campus. Prosecutors say for Labrie, it was an opportunity to see how many girls he could “slay’’ before graduation.

The night of May 30, 2014, Labrie and the girl went to a secluded mechanical room on a campus building, where they began kissing. They gave very different accounts of what happened next.

Labrie said they had a mutual hookup that ended as he put on a condom and had a sudden moment of “self restraint.’’ The girl testified that he ignored her pleas to stop, despite frantically holding onto her underpants as he tried to pull them down.

Labrie was acquitted of three charges of aggravated felonious assault, which carried 10 to 20 years in prison. Labrie was also acquitted of a simple assault charge of allegedly biting the girl’s chest.

The girl testified over the course of three days, describing in graphic detail how she stared at the ceiling as she felt his hands inside her and felt something pushing in her. She said she felt frozen during the encounter.

But Carney pointed to the girl’s friendly emails and Facebook messages after the assault. She called Labrie “an angel’’ and chatted with him in French.

Were those the words of a rape victim? Carney asked.

The girl testified that she didn’t tell anyone what happened for four days because she didn’t want to bother her family during the busy graduation weekend. But a Facebook post from another student the Monday after the encounter pushed her over the edge, and she called her mother, she said. They went to the police the next day.

Jurors heard from 16 prosecution witnesses, including the now 16-year-old accuser, her mother, her best friend and five of Labrie’s friends. Labrie was the sole defense witness.

Four of Labrie’s friends told jurors that he said he had sex with the girl, but Labrie said he was just bragging.

His DNA was found inside the girl’s underpants, along with sperm, though the sperm couldn’t be matched to him or anyone else. Labrie testified that he may have preejaculated.

The son of a public school teacher and a landscaper, Labrie grew up in the tiny Vermont town of Tunbridge and was a scholarship student at St. Paul’s. He was a prefect, a student leader and the soccer captain. He wanted to become a minister after completing his studies at Harvard, where he also won a full scholarship.

Since his arrest, St. Paul’s has distanced itself from the former star student. It rescinded the Rector’s Award – a recognition of his outstanding character – and his name is absent from the wall of alumni. He is not enrolled at Harvard.

Boston criminal defense attorney Martin Weinberg, who is not involved with the case, said it was “saturated with doubt’’ because of the conflicting testimony and the texts and Facebook messages exchanged between Labrie and the girl after the attack.

“I was expecting that verdict, and it doesn’t mean the jury embraced the defendant or rejected the victim,’’ Weinberg said. “It means in a system where a defendant is presumed innocent, you need compellingly high evidence for a fair jury to extinguish liberty.’’ 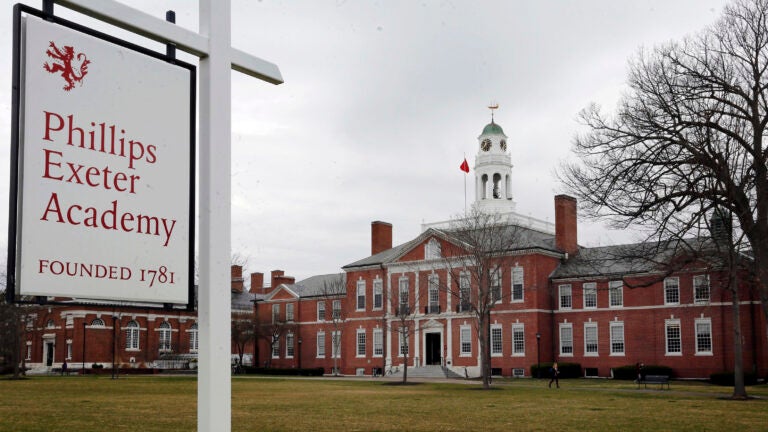