East Boston, Franklin Park, and Mattapan are a bundle of blue, Chinatown is thick with green, and purple decorates the western part of Dorchester in this fascinating, color-filled map of immigrant populations in Boston.

The interactive dot map is the creation of TCU assistant professor Kyle Walker, who used demographic data from the 2009-2013 American Community Survey and the U.S. Census.

Each color represents an immigrant’s native region: blue for Latin America, green for East/Southeast Asia, orange for Europe, and so on. A dot represents about 20 immigrants in that given area.

Walker said in an interview with Boston.com that he has studied immigration trends broadly, but the map really made individual immigrant populations stand out.

“Being able to look around the country and see clusters of different colored dots, and then look into that a little bit further and learn something new about a place – that’s something that was really interesting to me,’’ he said.

“That’s something the map can inform and reveal. It’s something I wasn’t familiar with beforehand,’’ Walker said. “That’s the real power of data visualization.’’

With those colors in mind, we picked out a few notable migration patterns in Boston and in the rest of Massachusetts. You can see the full map here. 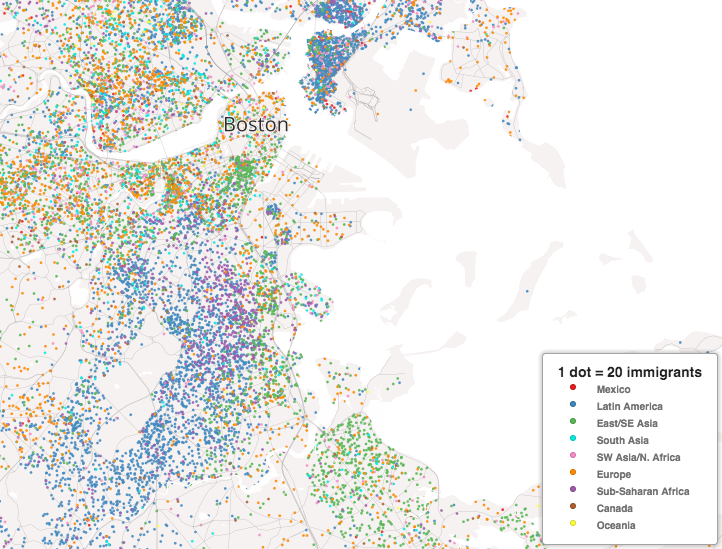 There’s plenty to note here, including the heavy blue Latin American population in the southern parts of Boston, including Mattapan, Franklin Park, and parts of Dorchester.

East Boston, located just northeast of the “Boston’’ label on the map, is densely colored and largely blue for its Latin American immigrants. About half of East Boston’s population is foreign born, the highest percentage of all Boston neighborhoods, according to the Boston Redevelopment Authority, and a majority of those immigrants come from Colombia and El Salvador.

Cambridge, located just to the northwest, is thick with European immigrants (orange) as well as sprinklings of South Asian (teal) and East/Southeast Asian (green). That green is also pronounced in Chinatown and in Quincy to the southeast. 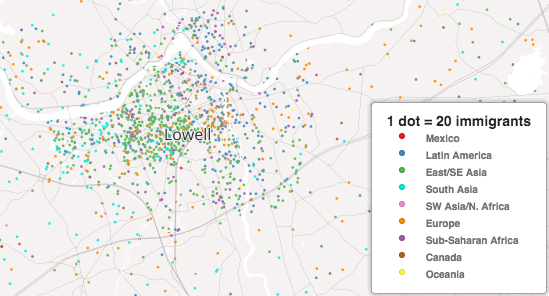 The map of Lowell shows a bevy of green dots for East and Southeast Asian immigrants. About 20 percent of Lowell is Asian American, the majority of which are of Cambodian descent, according to the 2010 Census. 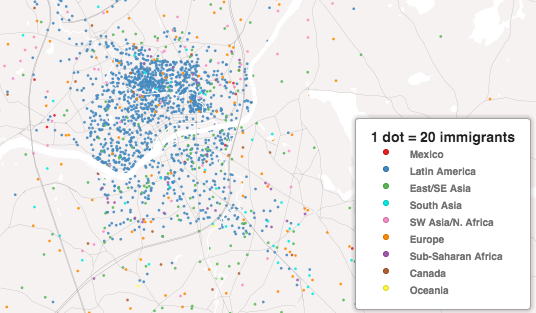 The heavy blue hue of Lawrence on the map represents its Latin American immigrant population. About 74 percent of Lawrence residents identify as Hispanic or Latino, largely of Puerto Rican and Dominican descent, according to the 2010 Census. 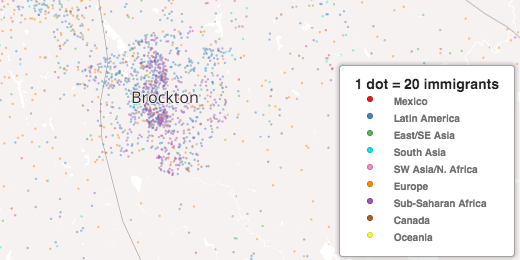 As Walker noted, Brockton’s influx of immigrants from Sub-Saharan Africa gives it a purple tint. Brockton has the largest population of Cape Verdeans of any city in the United States, according to the 2010 Census. 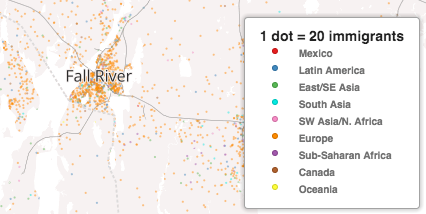 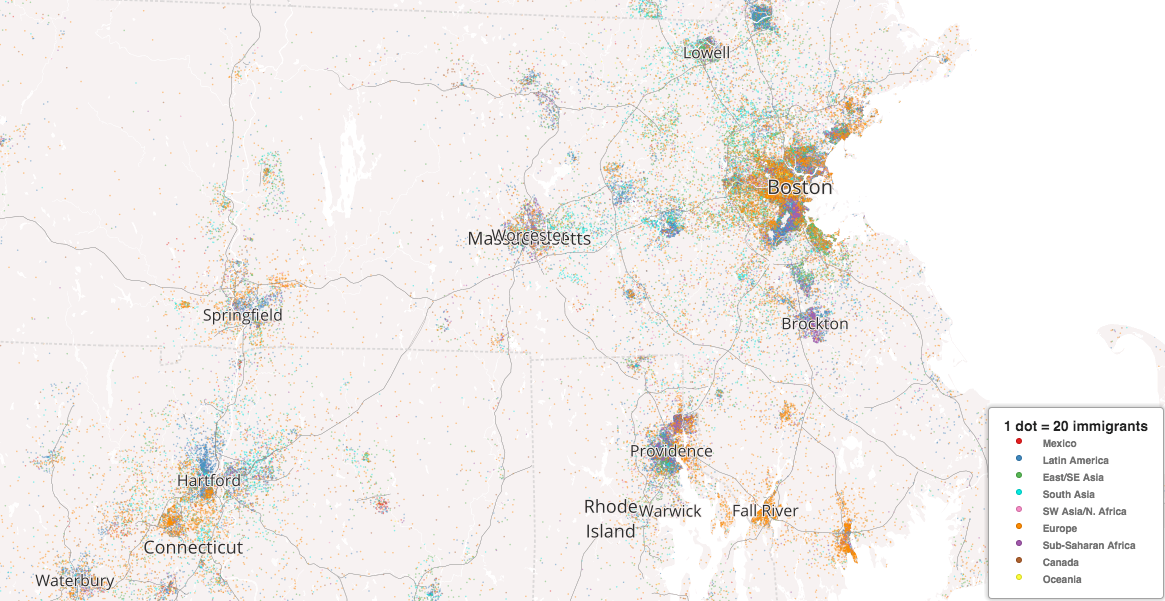 Pretty colors all around the Commonwealth! You can dig into the interactive more on your own here. 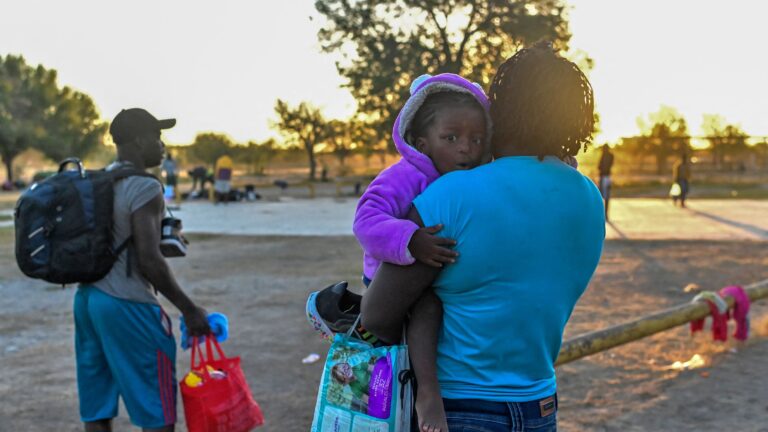