MIT students showed their support for 14-year-old Ahmed Mohamed this week by building a clock of their own.

Ahmed, a ninth-grader in Irving, Texas, rose to fame earlier this week after he was arrested over bringing a clock that teachers mistook for a bomb to class. Ahmed is Muslim, and many think he was racially profiled by teachers. To show him some support, they took to Twitter with the hashtag #IStandWithAhmed.

On Friday, MIT students put the hashtag beneath a clock they made and hung both over a university building entrance.

This isn’t the first time those at the school are expressing their support of Ahmed. On Wednesday, an astrophysics fellow invited him to visit the campus and take a tour of the Center for Theoretical Physics. Ahmed responded by saying MIT is his “dream school.’’

MIT began taking down the clock around noon. José Gómez-Márquez, an MIT medical device researcher who tweeted the photos, told Makemagazine that, “This is normal… [these hacks] go up in the middle of the night and MIT eventually takes them down.’’

Related gallery: MIT through the years 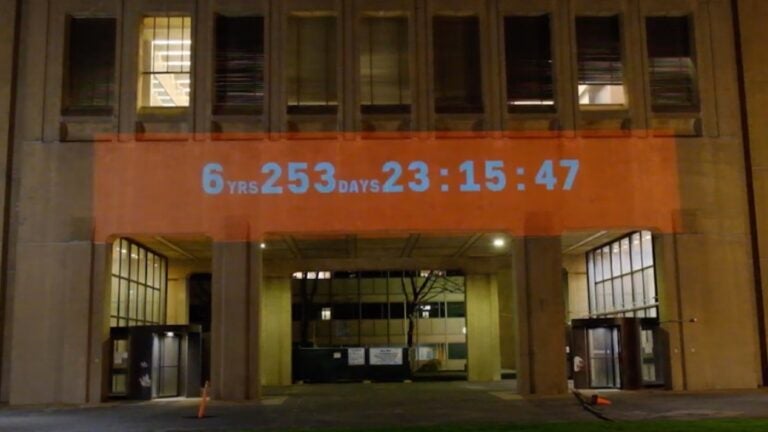