The view looking east/southeast across the newly demolished West End toward the elevated tracks along Lowell. A few parallel streets (Lowell, Billerica, and Nashua) on the far side of the tracks survived the urban-renewal clearing.

In the early 20th Century, the West End was a vibrant, if poor, neighborhood, where residents from all nationalities lived together. Then the Boston Redevelopment Authority came in, much to the chagrin of residents like James Campano.

The agency cleared out huge swaths of houses in the neighborhood and built new concrete and brick edifices all in the name of “urban renewal.’’ Campano was 18 at the time, and at 74, he still hasn’t forgotten how this affected him and his then-neighbors. He writes The West Ender newsletter and founded the West End Museum, which is dedicated to preserving the history and culture of the neighborhood.

Now, the BRA is owning up to its past actions by partnering with the museum on an exhibition about urban renewal. The collaboration with the museum will allow the agency to showcase a Future of Urban Renewal in Boston exhibit.

“What happened in the West End is not something we’re necessarily proud of, but urban renewal by and large has had very positive effects for the city of Boston,’’ Corey Zehngebot, a senior urban designer and architect for the BRA, said. “[Urban renewal] is definitely a phrase that people hear and have a visceral negative response to. We knew it would be challenging to go out and talk to people about a topic that has a lot of historical baggage.’’

Zehngebot explained that the agency is set to go through a year-long urban renewal extension process, which they haven’t done since 2005. The BRA is about to begin Imagine Boston 2030, which is a city-wide plan; The last time it conducted something city wide was in 1955—because of urban renewal. 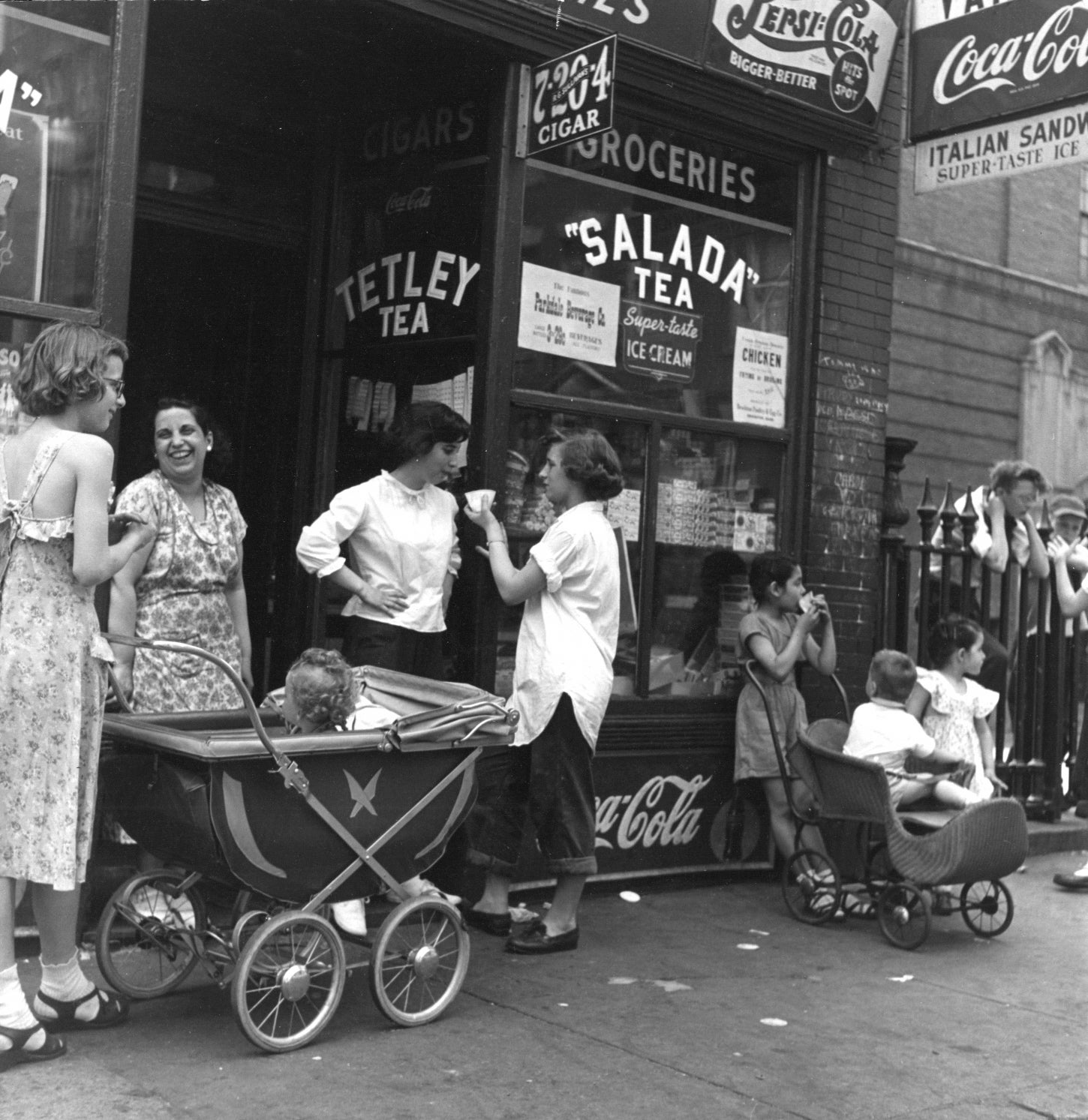 “We tried to be a little more creative in how we could reach out and demonstrate that BRA is doing things differently,’’ she said.

Campano’s West End home was taken under the power of eminent domain. When he learned about this collaboration, he was cautious.

“I said [to the BRA], ‘It’s all right as long as you don’t make it like what you did was the greatest thing in the world,’’’ he told Boston.com. “They have to realize that their decisions affect people’s lives.’’ 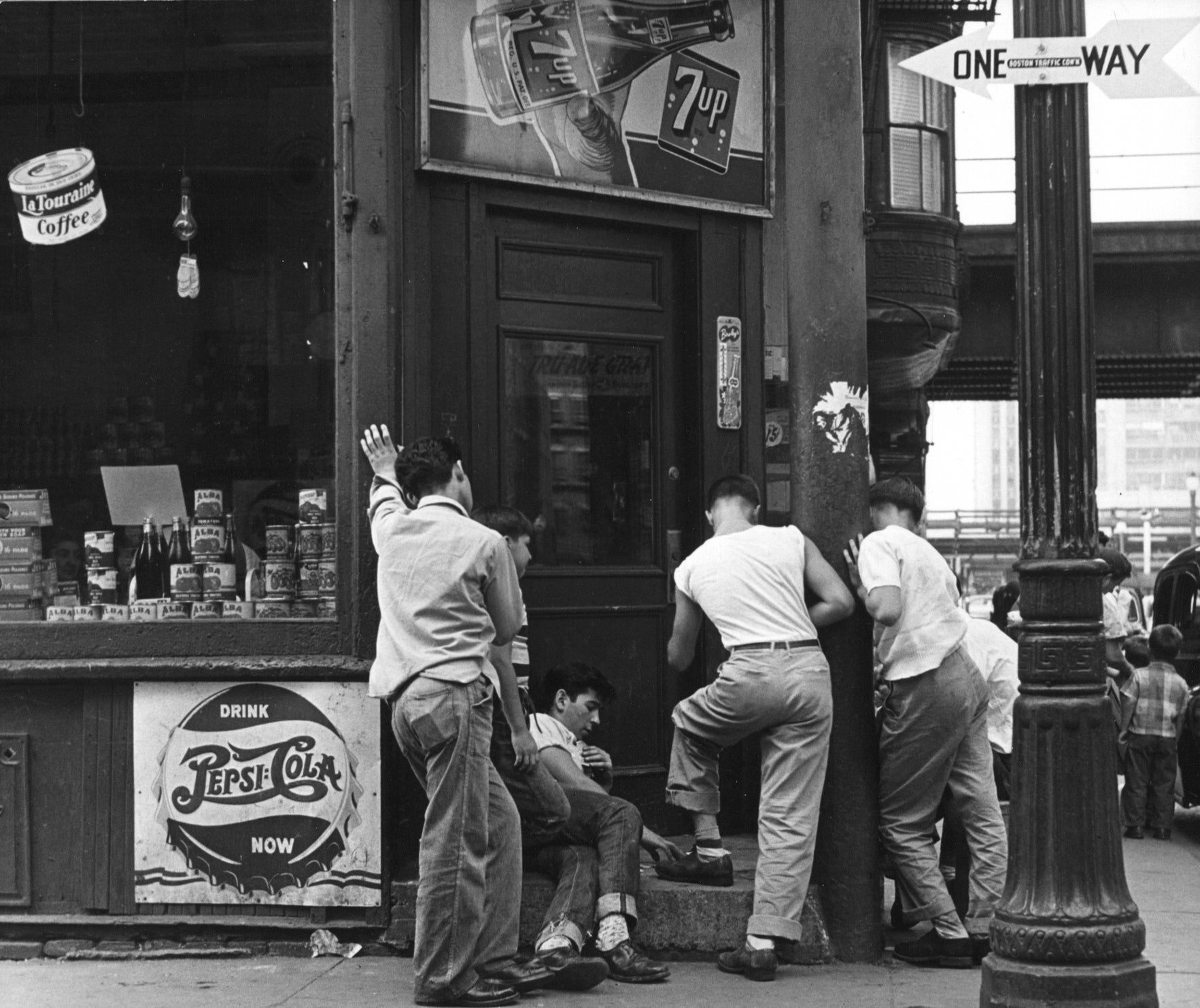 Campano said the West End was very social, a place where you knew all your neighbors. Here, boys are seen hanging out at a local business in 1950.

Campano said in the ‘50s, the agency barely helped relocate those they displaced, but did admit that eminent domain processes are different now. He’ll attend the opening reception at the museum Thursday.

The BRA’s portion of the exhibit will showcase maps, archival photos, and documents about the ongoing urban renewal extension process. The museum’s feature exhibit, titled Dewey Defeats Truman/The Housing Act of 1949, focuses on the general history of urban renewal practices.

The title is a nod to an infamous headline from the Chicago Daily Tribune that incorrectly said President Harry S. Truman had lost his campaign for re-election. Truman actually won and would go on to establish the Housing Act of 1949 as a response to a nationally rising demand for housing. This was the federally-funded start of the “slum clearance’’ urban renewal strategy, which took place in the West End.

Story continues after gallery: How the Boston skyline has changed

To Campano, the West End was a rich, cultural center, but it was manipulated by the city before the renovations.

“When they took the West End, they claimed that there were like 2,000 code violations, but 90 percent of them were about not enough closet space,’’ he said. “They stopped street cleaning, and garbage pick up became spasmodic. It started looking like a slum.’’

Zehngebot said she’s hopeful that people will react to the exhibit well. Campano said he doesn’t know what to expect, but he’s open to seeing it.

The exhibition will be on display until January 2016. The reception is free and open to the public on September 24 from 6:30 to 8:30 p.m. at the West End Museum.