While his attorneys and prosecutors picked a jury for his murder trial last week, Philip Chism silently clenched his fists and hoped someone would enter the courtroom and kill him, a psychologist testified he told her Wednesday.

The 16-year-old, who was charged with killing and raping his high school math teacher two years ago, wasn’t in Salem Superior Court as Dr. Colleen McMillan testified that Chism said “a voice’’ told him not to trust his attorneys.

At one point during the competency interview on Wednesday morning, Chism started talking, but not to McMillan. When she asked who it was, he replied: “He doesn’t want me to tell you.’’

Chism refused to come into the courtroom and the audio was instead piped into his holding cell.

McMillan recommended further evaluation for Chism. At question is what that evaluation will be. Judge David A. Lowy asked attorneys to bring in their experts who had already spent months evaluating Chism for trial. But neither were immediately available.

The court will meet on Thursday to decide who will evaluate Chism and how long that will take. Meanwhile, jurors who have already made it through several steps of the selection process won’t return until Wednesday.

Defense attorney Denise Regan asked for a full competency evaluation for Chism, noting he told the psychologist he was so stressed in court that he couldn’t listen to what was being said.

“Is that a choice he’s chosen not to listen or something he doesn’t have control over?’’ she said. “I don’t have the answer and I don’t think the court does either.’’

“The Commonwealth’s position is everything that’s happened in the last 24 hours is not real,’’ she said. “It is fake.’’

During the meeting with the psychologist, Chism stared into the corner of the holding cell, tracing patterns with his finger. Instead of listening during the three days of jury selection last week, McMillan said Chism told her he was thinking of other things.

“He hoped somebody would come in with a gun and shoot him,’’ she said.

McMillan asked him about the different roles of various court officials and the charges against him. Chism questioned why he was even having a trial, saying the judge “had enough knowledge to make a decision.’’ Asked what would happen if he pled guilty, McMillan said he “didn’t care what the consequences were.’’

Chism also told her that he was afraid of being attacked whenever someone moved behind him in court.

The judge questioned whether Chism was now incompetent or just malingering. Reluctant to postpone a trial that’s already been delayed, Lowy told both defense attorneys and prosecutors that he’d like to have an evaluation on Thursday with experts from both sides testifying regarding Chism’s competency and mental state.

Chism was 14 when he was arrested in October 2013 and charged with the death of his 24-year-old Danvers High School teacher, Colleen Ritzer.

He was given a mental health evaluation shortly after his arrest at Worcester State Hospital. But it’s unclear whether he ever had a separate competency evaluation.

Finding a defendant incompetent to stand trial is different from finding a defendant not guilty by reason of insanity, which means the person had a mental disease or defect and did not understand that the crime committed was wrong. Chism’s attorneys have also hinted at an insanity defense during jury selection proceedings. 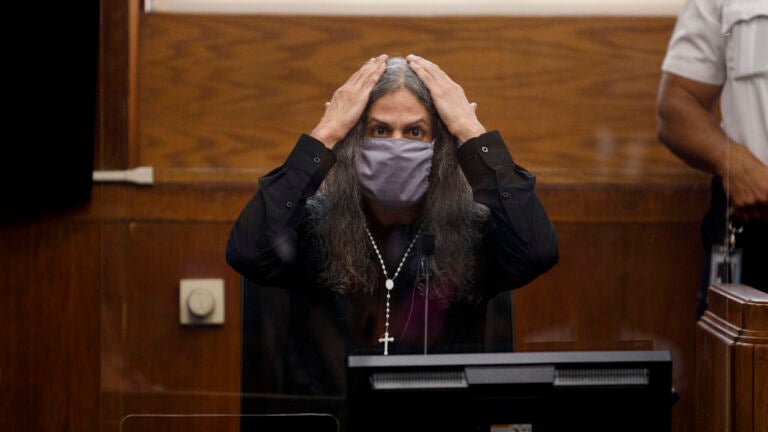 On the stand, Victor Peña testifies he was trying to help his alleged victim