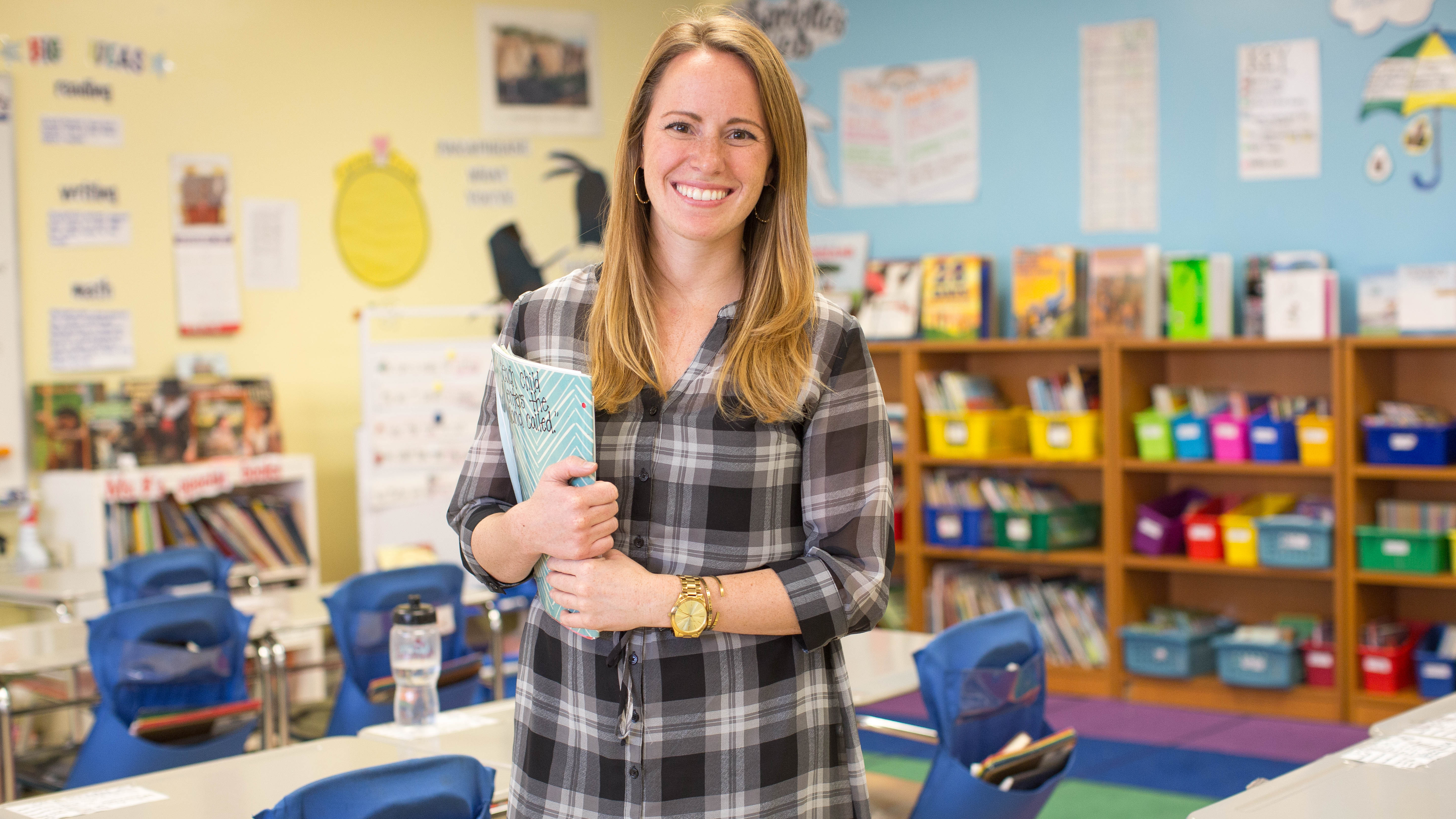 Third grade teacher Nicole Bollerman, in her classroom at Up Academy in Dorchester.

Last December, third grade teacher Nicole Bollerman submitted an entry to a contest sponsored by Capital One. Her entry read: ‘My #wishforothers is that my voracious, adorable, hardworking, loving scholars all leave for their December break with a book in their hand.’

Bollerman won the grand prize of $150,000, which she promptly donated to Up Academy, the Dorchester charter school where she works. The media frenzy was immediate, with Bollerman and her students featured on the front page of The Boston Globe and an invitation to appear on the Ellen Show. Almost a year later, Bollerman reflects on her decision and why she made it.

Nicole: I applied with this adorable photo of my students, and I wrote that I wished each of my students would have a book to take home over Christmas break. I ended up winning the grand prize, which came with a prize of $150,000. So part of it was used to grant the wish. And the rest was given directly to me.

2. How did the decision to give the money to your school come about?

Nicole: It didn’t feel like I won the lottery. It felt like I got something because my kids are just unbelievable and adorable, and our school was doing really great things. It never felt like the money was a gift to me. It wasn’t really up for discussion. When I told my parents they were totally supportive.

3. How much of a role have you had in determining how the money is spent?

Nicole: So when I donated the money, I earmarked it for certain things. I sat down with the administration and talked about it. We are starting a computer lab. There’s no way that would have happened. So we’re able to really get technology into the school.

4. Do you think kids in high-risk neighborhoods are used to feeling let down by the system? Did that play into your decision to give the money back to the school?

Nicole: That’s why I wanted to do it. I wanted them to realize, ‘You should get the beautiful new computers just like the kids in Newton get. You are no more or less important than any other kid. And you are so incredibly important to me.’ The best thing to come out of this was giving these kids the feeling that ‘I am important. I have value, my life truly matters.’ We can say that until we’re blue in the face, but I had this opportunity to really show them that. And I think, honestly, all my co-workers and other teachers in Boston. So many of us that are committed to serving underserved kids – every single one of them would have done the exact same thing I did. Bollerman won the award after requesting books for every child in her classroom.

5. Were you expecting the media attention? What was that like?

6. What did your students think about all the media attention?

Nicole: It was hard for them to understand what was going on. But I think it definitely sunk in. we did a lot of talking about it. And they were like, ‘Wow,’ this is a big deal. When they saw their faces on the newspaper, that to them was like – ‘Wow.’

7. Can you describe what you remember about your own education?

Nicole: I grew up in Ridgefield, Connecticut. The community of Ridgefield is very affluent. It wasn’t a very diverse community. It was kind of white cookie cutter. The schools are very well funded. There are a lot of AP classes.

8. When did you decide you wanted to teach?

Nicole: When I went to college, I went to Stonehill, which is also not very diverse. I had a professor who encouraged me to read a book called Savage Inequalities, which is about urban education and the differences between education in affluent suburbs and poor historically underserved urban areas. It made me realize if I was going to go into education, I wanted to go into a community where I could serve kids who really needed it. My first teaching job was at a charter school in D.C., teaching second and third grade. Then, I read about Up Academy, and it sounded like a great opportunity. It’s now my third year here.

9. How different is Up Academy from the elementary school you attended?

Nicole: I was struck by not only the difference of the resources and the buildings, but I was also struck by the similarities of the kids. They were eager and excited to learn. Our kids – they recognize that they live in a historically underserved area. They’re excited about school. So it was different but it also had the things I remembered from my school experience growing up.

10. What challenges do you see your students facing?

Nicole: I think it’s just the adversity of what they’re facing. We have a large population of homeless students who don’t know where their next meal is coming from, or if they’re going to sleep in someplace that’s safe. Bowdoin Geneva – the community where I work – is historically underserved. The parents I’ve met are wonderful, but they have a lot of chips stacked up against them. 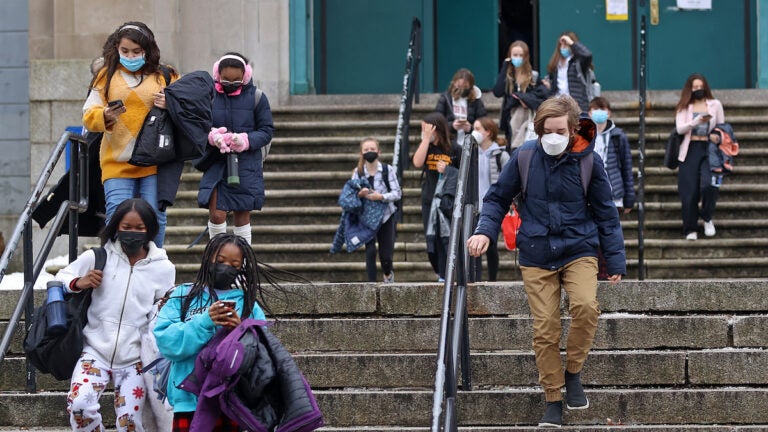