Epic, a 2-year-old dog from Kingston, N.H., is living up to his name by making Newburyport history as the first dog to graduate from the city’s first K-9 program. 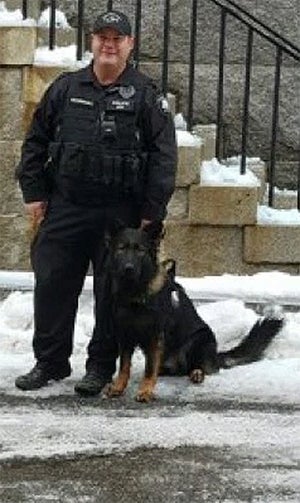 “We are very excited about this program,’’ said Mark Murray, Newburyport’s acting city marshal, in a statement. “Officer Marshall and Epic make a great team and I know they will serve our community well.’’

Epic trained with K-9 officer Eric Marshall for 600 hours this past fall at the Boston Police K-9 Academy in Jamaica Plain. The pair received training in tracking, obedience, searches and aggression.