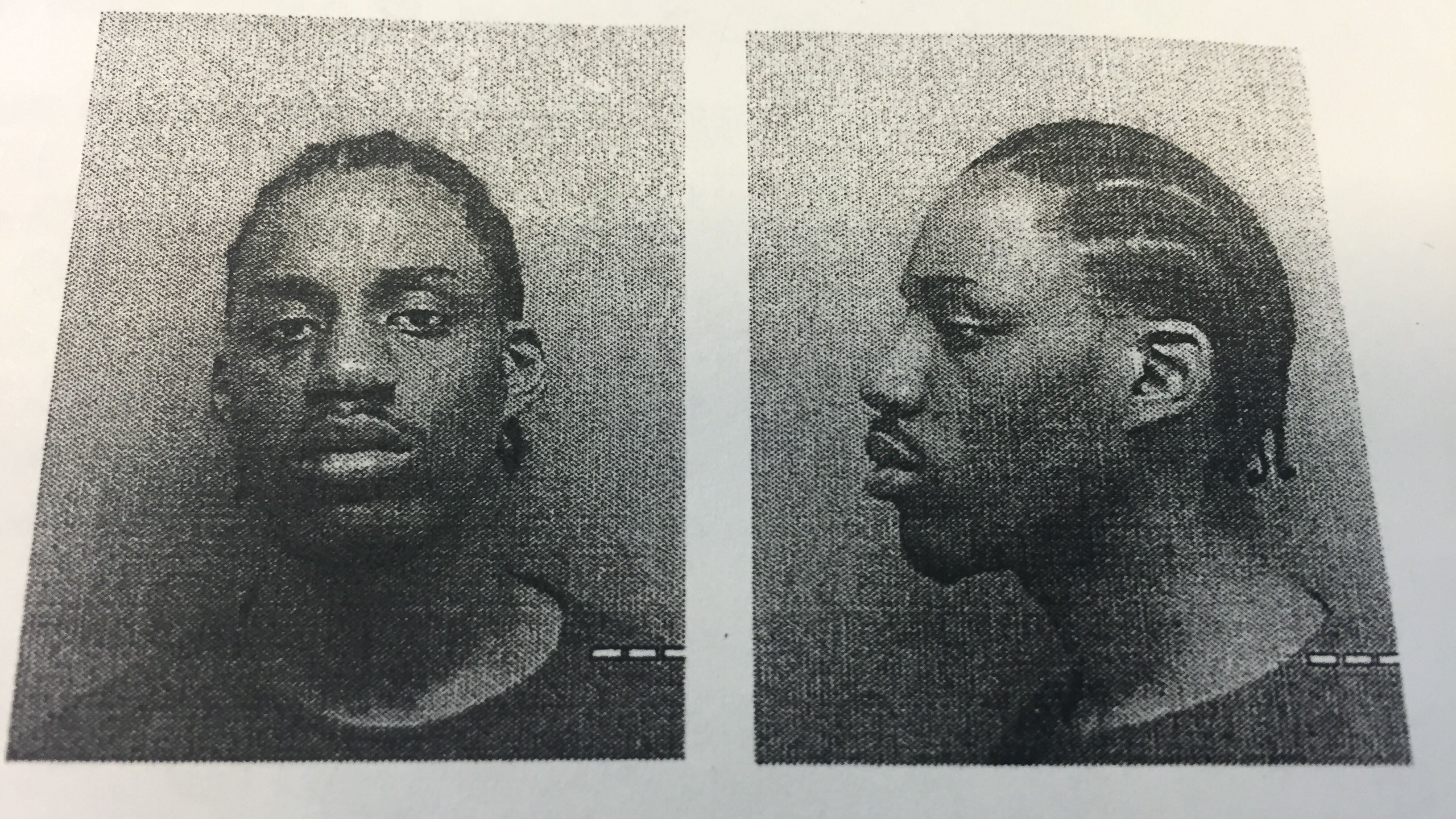 Grant Headley, in a 2009 mug shot included in his court records

For almost his entire adult life, Grant Headley has lived with the shadow of an arrest, prison time or probation over his head.

His criminal record includes drug and gun charges, and he’s spent time locked up for both.

At 27, Headley was labeled an “armed career criminal.’’

And now, after police say he emerged from his vehicle firing unprovoked rounds at a Boston police officer Friday morning in Dorchester, more serious charges are likely ahead.

The officer, a nine-year veteran who was working with the Mattapan drug unit, is expected to recover after being shot in the leg during a traffic stop, Boston Police Commissioner William Evans said Friday.

Evans and Mayor Marty Walsh spoke with the officer, identified Saturday as Kurt Stokinger, in Boston Medical Center’s intensive care unit within hours of the shooting, and thanked him for his service.

“In our minds, he’s a hero,’’ Evans said he told Stokinger, “because he’s out there doing God’s work, and that’s taking guns off the street.’’ 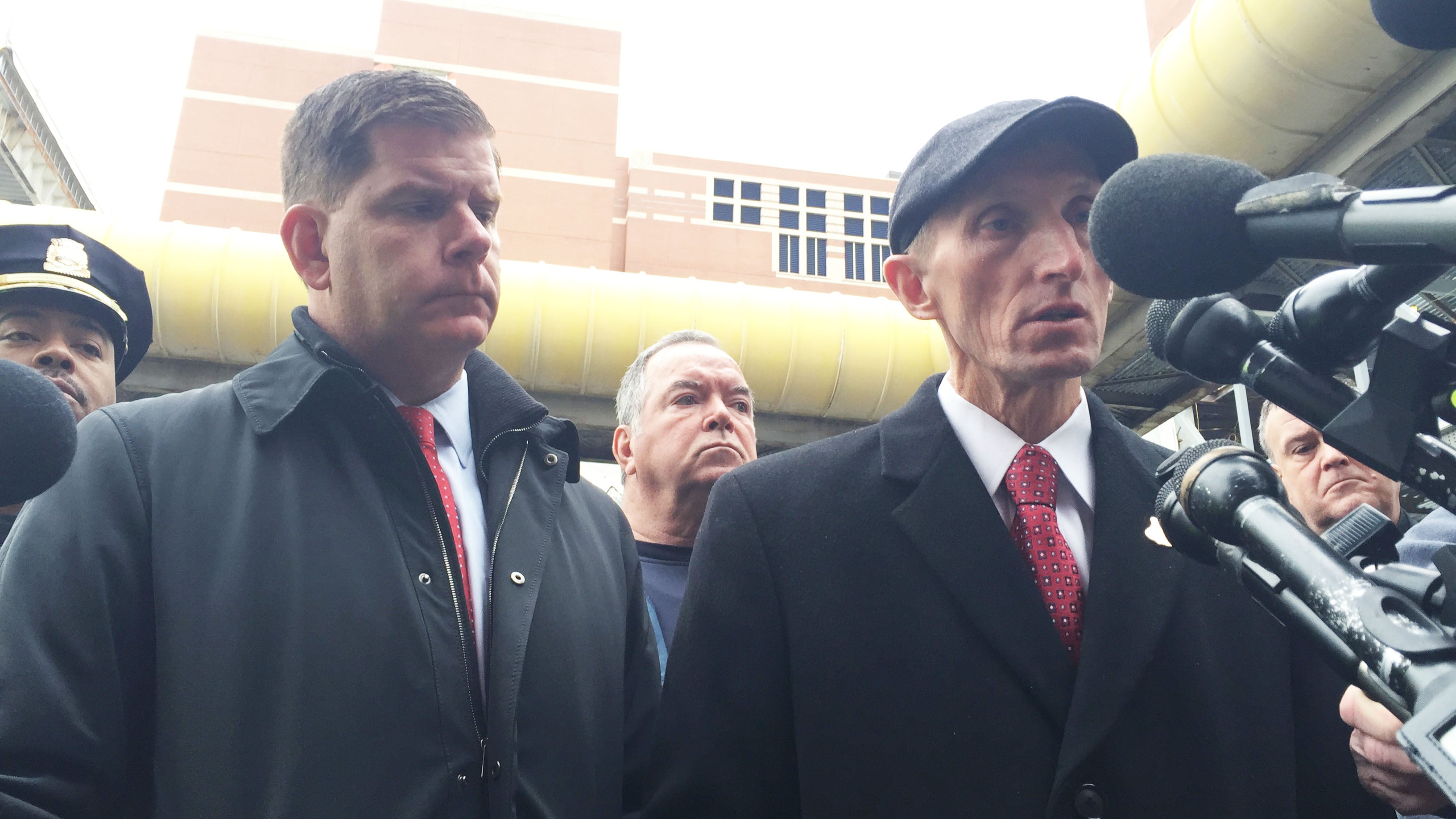 The confrontation began around 10:20 a.m. on Mount Bowdoin Terrace, when undercover officers spotted Headley driving down the street. He’d just been released from prison in April, and officers knew he didn’t have a license, Evans said.

Officers boxed him in, and “unprovoked,’’ Evans said, Headley jumped from the vehicle and started shooting. Headley ran, and other officers tackled him two streets away on Geneva Avenue.

Evans couldn’t say whether Headley still had the gun when he was captured. He was arrested without injury, which Evans commended his officers for. They’d just seen their colleague wounded by the suspect, and they exercised restraint, he said.

Headley is well known to police, Evans said. After being released from prison on gun charges in April, he restarted his drug business while on probation, the commissioner said. He’s referred to as an “armed career criminal’’ in court records. 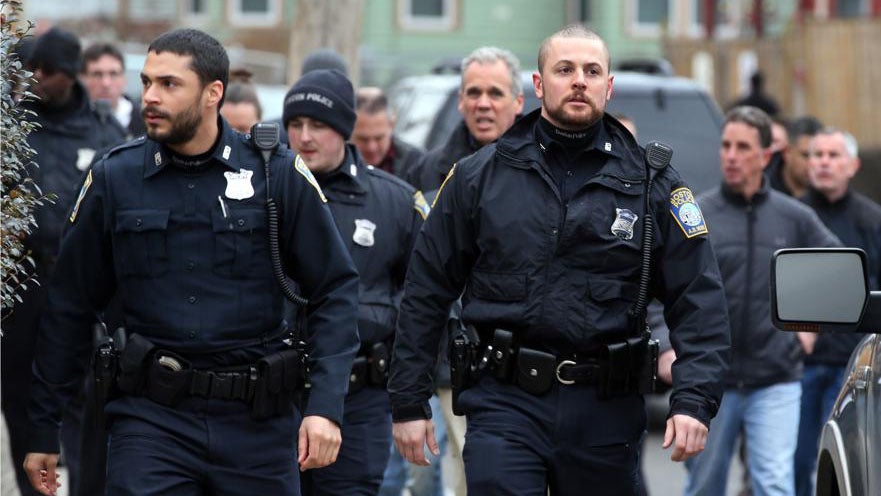 Authorities investigate the crime scene on Rosseter Street after an officer was shot Friday morning.

Headley, who lives in Dorchester, spent five years locked up after he pleaded guilty to charges of having a firearm without a license and possession of a Class D substance with intent to distribute, according to Suffolk Superior Court records.

While awaiting trial on those charges, he had an “outburst’’ in a Suffolk Superior courtroom in May 2012 and tried to attack a court officer, records indicate.

Those gun charges stemmed from a raid on a Four Corners apartment on New Year’s Eve 2009, where officers found loaded guns, drug paraphernalia, a police scanner and other items.

But his troubles with police began long before that. His criminal record as an adult begins in August 2005, when officers saw a 17-year-old Headley pass a loaded firearm to another man at the annual Caribbean festival near Franklin Park. Officers arrested the men, who they said were members of the Greenwood Street Posse.

In January 2006, a judge sentenced him to two years in jail, with five years of probation.

Later that same month, Headley admitted to two firearms charges in Dorchester District Court: carrying a gun without a license and without a firearms identification card. He was sentenced to 18 months in jail, with one year concurrent with another sentence from the earlier firearms charge.

In November 2007, he was stopped with several other men outside a barber shop on Harvard Street in Dorchester. The officers, members of the Youth Violence Strike Force, said Headley had loose marijuana in his pocket; he was charged with possession of a class D substance. The charge was dismissed after six months of probation.

When a reporter visited the Dorchester address listed for Headley, the people there wouldn’t respond to questions. 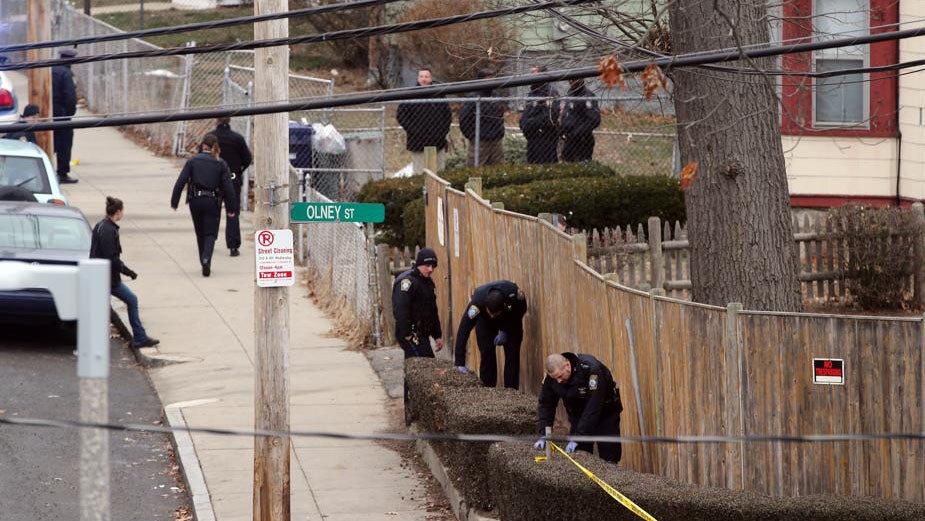 Investigators combed the scene for evidence after Friday’s shooting in Dorchester.

Friday marked the second shooting of a Boston police officer in the last nine months. In March, Officer John Moynihan was shot in the face by Angelo West during a traffic stop in Roxbury. West was killed in an exchange of gunfire by police.

“The public should not stand for this,’’ he said. “It’s outrageous.’’

Walsh, who was in Washington, D.C., Tuesday as President Barack Obama announced new gun control measures, said there are still too many guns on the street in Boston.

“We’re not going to tolerate anyone going after the Boston police department,’’ he said. “Their job is to protect the neighborhoods and that’s what they do day in and day out.’’