“You have a tremendous heroin problem here,’’ said Trump. “Like, it’s incredible. I don’t understand it. We’re going to stop it.’’

When asked what he’ll do with President Obama’s executive action to tighten gun control, he quickly said, “It would be terminated.’’

“Look, I’m a big Second Amendment person,’’ said Trump, to much applause. “Gun-free zones, that’s like candy. When these sickos see a gun-free zone, their eyes light up.’’

“We need protection. We are absolutely going to protect the Second Amendment,’’ he said.

When asked if he would be a bipartisan president, he said, “I thought that Barack Obama would be a great unifier. He’s turned out to be a great divider. I’m a unifier. I get along with everybody.’’

Trump said if voters back Democratic candidates Hillary Clinton or Bernie Sanders, the country would essentially have another four years of Obama. 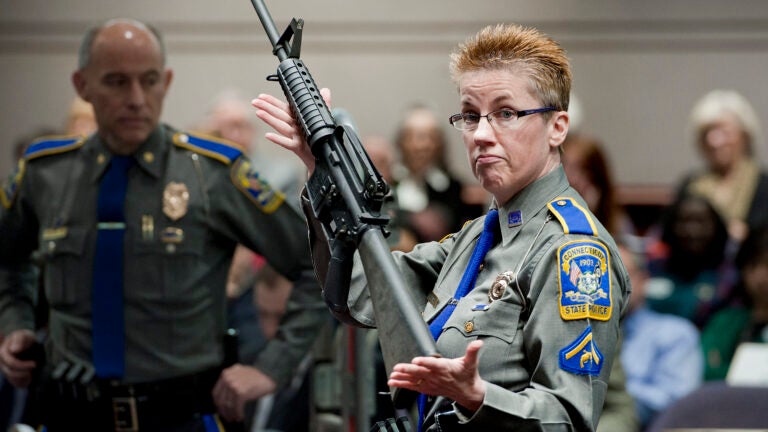