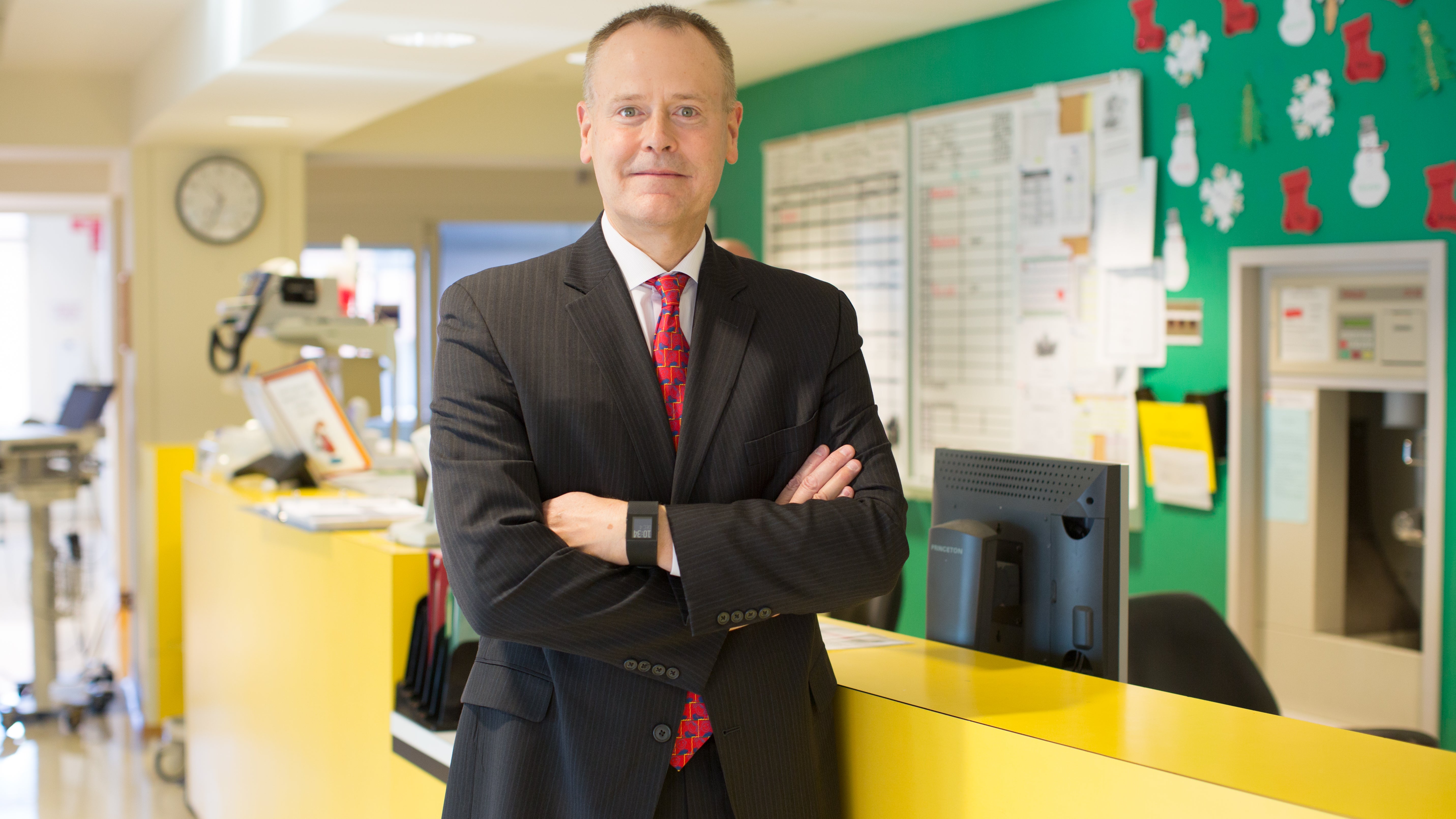 John O’Neill became Administrator of Shriners Hospital a couple of months ago, and he has been hard at work trying to raise awareness of the hospital ever since. He’s also new to Boston – he lived in Texas prior to taking on his new role.

I’ve only been here four months, so I’m still learning about the Shriners and Freemasons myself. Shriners have to be Masons first. It’s a fraternity of all men. An impressive list. George Washington, Paul Revere. And John Wayne was a Shriner. To be a Shriner, you gave to be a third-degree Freemason first.

I’m not a Freemason. The guy I replaced – who was here for 10 years – he was a Shriner. But of the 22 Shriners administrators, right now there are only two Shriners. When I interviewed, one of the things they asked was would I be interested in doing it. But it’s not a requirement.

It is a fraternity. You meet people, and you do things. And I want to meet more people and get involved in more volunteer activities.

3. Does not being a Shriner make you feel in any way like an outsider?

4. How does Shriners operate differently from other hospitals where you’ve worked?

I’ve worked in hospitals for 30-plus years and it really, really is different here at Shriners. One factor is that until four or five years ago, we never billed third party insurance companies. It was fully funded by the Shriner endowment. When the economy went down, the endowment went down. That was the only thing funding it.

So they looked at various options. One option was to close some locations. There are 22 hospitals. The Shriners felt very strongly that they were committed to the communities they served and they put into bylaws that they cannot close a location. So basically, third-party billing had to be part of it. 5. So in that sense, isn’t Shriners operating the same way other hospitals are operating?

Well, no. The majority of funding continues to come from the Shriner endowment. And our philosophy continues to be the way we treat children regardless of a family’s ability to pay.

6. What else is unique about how Shriners operates?

A group of Shriners are drivers for us. They will drive families. About one-third of our families are international. And while they’re in-patient, they obviously can’t go back to Guatemala. So we connect them with someone in the community for housing, or if they can’t pay, we will help pay. And the drivers will get them back and forth. And parking is free here. I dont know that other hospitals in Boston offer that.

7. Shriners in Boston focuses on burns – has that always been the case? Is it true of all Shriners hospitals?

Shriners started out as a polio hospital in the 1920s, and had to evolve. Now, four of the 22 Shriners hospitals are burn centers. We have the best children’s hospital in the world in Boston. And when they see a burn [at Boston Children’s Hospital], they know where to send it. So we make sure emergency rooms know about us. We try to spread awareness through education and burn prevention.

8. What types of burns are most frequent?

Some are burns from fires, those are more common internationally. Scalding is a big one. We’ve seen a number of campfire burns when a child trips and falls into the fire. And electrical burns.

Reintegration is an issue, definitely. We have great programs to reintegrate children back in the community. You can imagine a child that’s scarred or looks different going back to school. So there’s a school reentry program and a community reentry program called Team Brave. We have weekly field trips where they get a chance to be paired with a firefighter and go on fun adventures out in the community.

10. What does Shriners do other than burns?

We talk a lot about burns, and getting referrals from all the other hospitals. We’re known for burns, but we also do some orthopedic work, especially when the burns impact bones.

We’ve expanded that over the last year, even doing orthopedics not related to burns.

Editor’s note: This story has been updated to clarify John O’Neill’s title, as well as the difference between Shriners and other hospitals.