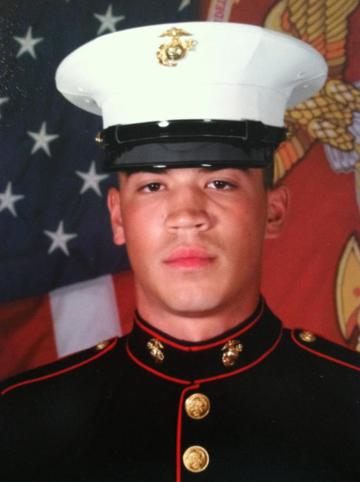 Orlando’s family is returning from Hawaii, where 23-year-old Orlando and 11 other Marines went missing after two helicopters crashed. The Marines were declared deceased on Wednesday, after a five-day search.

State police will escort the family from Logan Airport to Hingham, with Hingham police joining in at the town line. The family’s flight is scheduled to land at 6:12 p.m.

Hingham Veterans’ Services will provide hand-held flags, according to police. Police invite participants to line up along the family’s designated route. All streets will remain open to traffic, so police asked residents not to stand on the road for safety reasons. The family will travel north on Main Street, continue on East Street, and wind up on Summer Street.

Police said they organized the tribute as a way to honor Orlando while accommodating the family’s request for privacy.