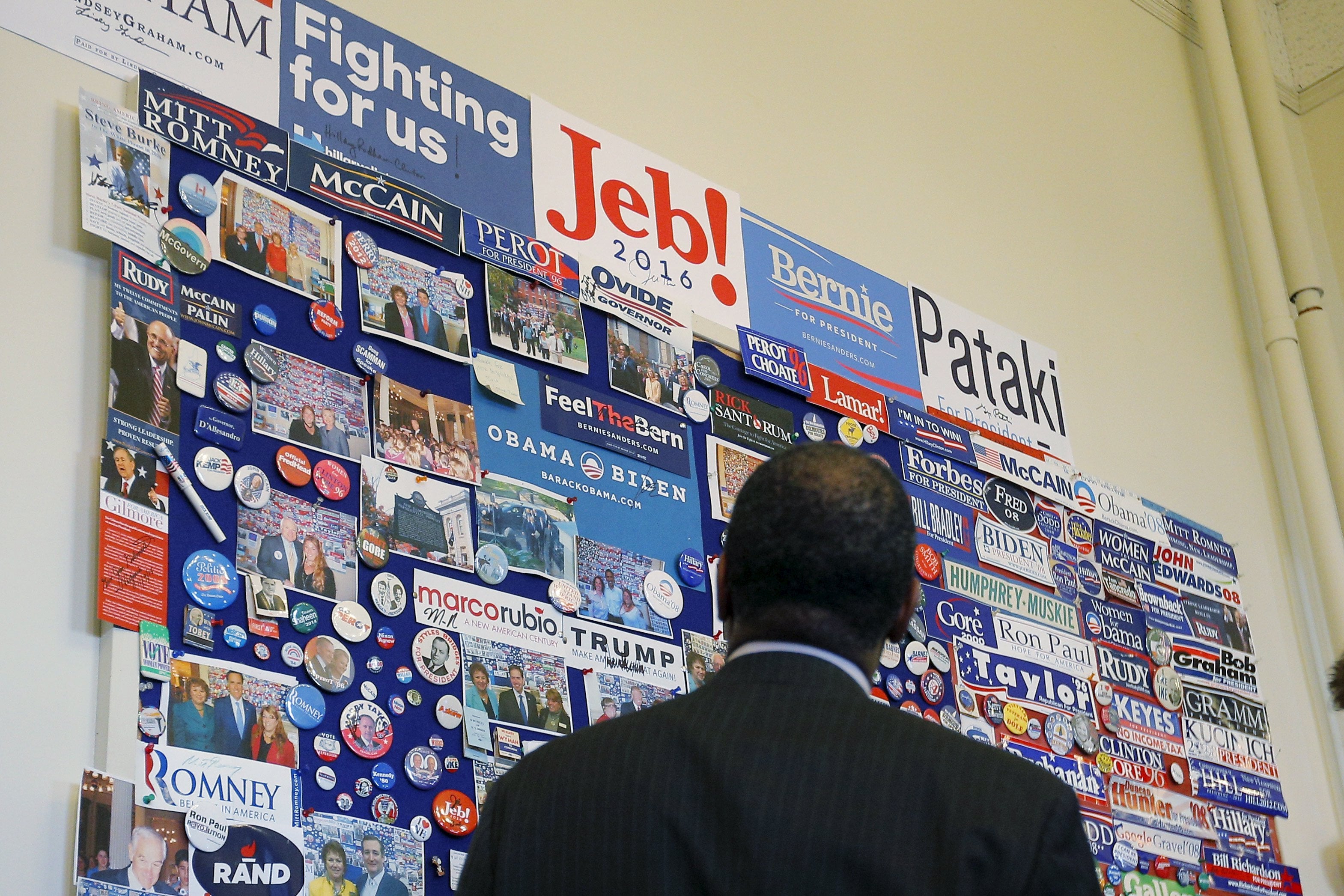 Nine months ago — before Donald Trump topped the polls and most of the country hadn’t even heard of, not to mention felt, “the Bern’’ — Bridge Café owner Dave Perry noticed a group of young professionals gathering daily in his Manchester, New Hampshire restaurant.

They would cluster together when the downtown cafe was busy and then spread out among the tables during off hours, taking advantage of the free wireless Internet. Eventually, he figured out who they were: Hillary Clinton campaign staffers.

“They came in for quite awhile and then it just carried through,’’ Perry said. “They’d come in all the time. Some of her staffers come in every day, some come in twice a day.’’

As the months passed, politics continued to permeate the Elm Street eatery, whether it was a campaign staffer picking up a coffee and muffin in the morning or a $1,000 catering order for a candidate rally. In total, campaigns have comprised at least five to 10 percent of the popular cafe’s business during the last two months, he said.

The former secretary of state herself even paid the cafe a visit in November.

“I thought they were just sort of bull——- me, like ‘Oh she really likes your food,’’’ Perry said of his conversations with staffers beforehand. “And then I talked with her and she actually knew our menu.’’ 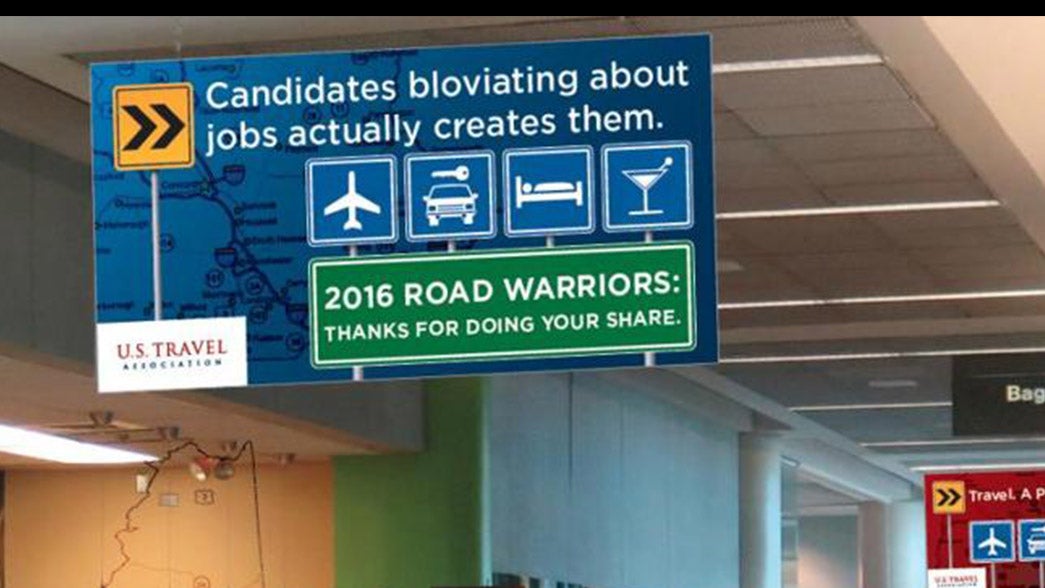 As New Hampshire’s Feb. 9 primary approaches, businesses clustered in the state’s major cities are enjoying a boom thanks to the political cottage industry that has descended upon this normally quiet part of New England. But while tables are packed and restaurants are busier, past studies show the economic impact of political tourism may not be all that significant.

Jonathan Grella, a spokesman for the U.S. Travel Association, compared the economic boost of primary season to the summer tourism season in beach communities like Cape Cod.

“If you look at the numbers, you could probably tell when summer is,’’ Grella said.

According to the U.S. Travel Association, roughly 33 reporters spending one week in the state supports about one New Hampshire job, mostly in the travel industry.

Whether it’s flights, car rentals, meals, drinks or rooms, Grella said the primary supports “quality upwardly mobile jobs, which are at the heart of our industry.’’

During an election year, car rentals go up 12 percent and hotel tax revenue jumps by about 9 percent, said Daniel Lee, a tourism economist for the state.

Yet when the focus is widened beyond the limits of cities like Manchester, Nashua, or Concord, the impact of the first-in-the-nation primary appears to be a drop in the bucket of the 1.3 million-person state.

The last time an in-depth analysis of political primary economics was conducted was in 2000, when New Hampshire hosted a contested primary in both parties.

Ross Gittell, then a University of New Hampshire professor, found that from March 1999 to February 2000, campaign spending generated a total economic benefit of $231 million for the state, along with $32 million in free media exposure. That amounted to less than 1 percent of the state’s overall economy in 2000.

Some of the perks of being first-in-the nation do trickle back down to local New Hampshire residents, however.

In addition to its direct economic impact, the attention the primary brings has a multiplier effect. And it certainly doesn’t hurt if a leading presidential candidate visits your business, either.

“People came in for the next three or four days after that and were like ‘Oh, we saw you in the paper, saw you on the news,’’’ Perry said. “So there is a bump in publicity for that.’’

According to Raymond Buckley, chair of the New Hampshire Democratic Party, the candidates themselves benefit most from state’s first-in-the-nation primary.

“Every single former president says they were a better president because of the conversations they had here in New Hampshire,’’ Buckley said.

UNH professor Dante Scala, perhaps the foremost expert on the New Hampshire primary, says the state’s retail politics can be helpful for candidates who would otherwise be insulated from the public.

“For those sorts of politicians, they have to reach out to voters and meet them in an environment where the voters aren’t necessarily impressed,’’ Scala said.

But most New Hampshire natives say the real benefit of the New Hampshire primary is that it fosters an engaged electorate. The state has one of the highest voter turnout rates in the country, topping out at more than 70 percent in the 2004, 2008, and 2012 presidential elections.

Plus, with statewide elections every two years, 400 state representatives and the near-constant presence of campaigns, Scala says the barriers to entry in New Hampshire politics are “remarkably low.’’

“I didn’t think that was an unusual thing,’’ Buckley said. “Now I realize that other 11-year-olds and 15-year-olds across the country aren’t sitting there contemplating who they’re going to be supporting for president.’’

Gittell, now the chancellor of Community College System of New Hampshire, said his children grew up expecting to “meet presidential candidates, to be involved in campaigns, and to understand the issues.’’

“As an economist, I really can’t put an economic value on that,’’ he said. “As someone who cares about our democratic process, that’s huge.’’