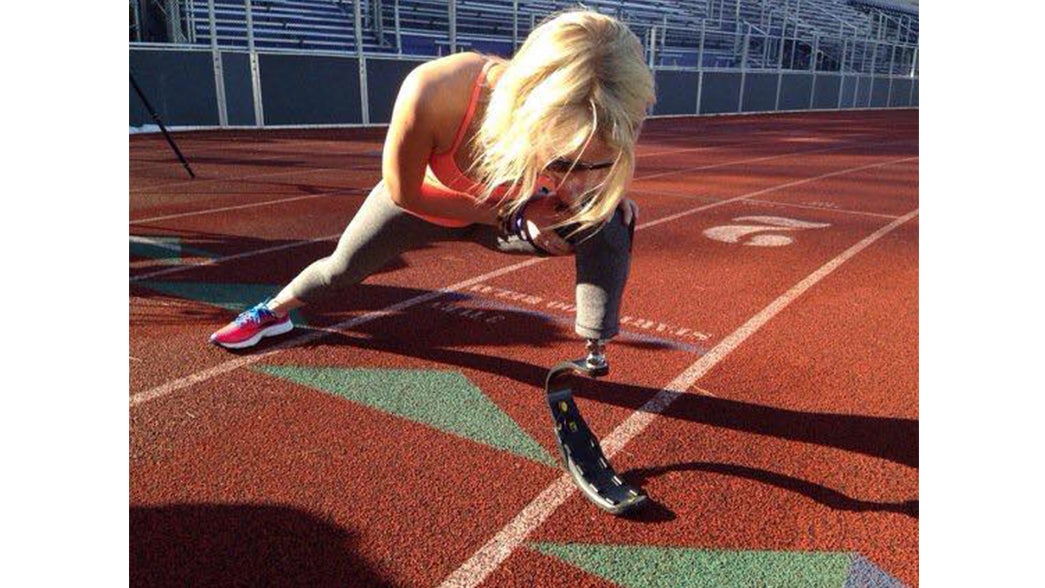 Adrianne Haslet-Davis, a Boston Marathon bombing survivor who lost her left leg below the knee, recently announced that she’s training for this year’s 120th Boston Marathon.

Haslet-Davis has been hitting the track, getting used to her prosthetic. On Monday, she posted photos of herself training on Facebook:

Though never a runner before, Haslet-Davis said that she vowed to run the marathon after the bombing—the professional ballroom dancer has already followed through on her vow to dance again.

With her team, #AdrianneStrong, Haslet-Davis is running the marathon to help raise money for the Oklahoma City-based Limbs for Life Foundation.

“I’m going to cry the whole time,’’ she previously told Boston.com. “For me, [the finish line] has been defined by triumph, blood, sweat, tears, and tragedy—and with victory—and everyone who crosses it crosses for a different reason for themselves. And maybe it’s even a different reason from when they first cross the starting line.’’ 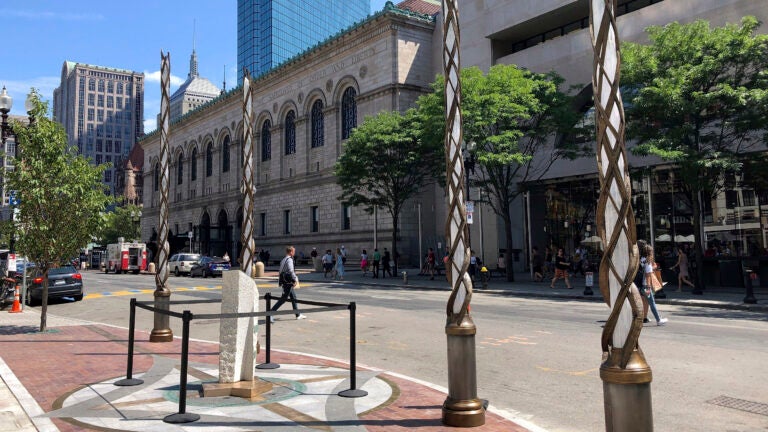