A Trump supporter near downtown Pittsburg shows their allegiance.

PITTSBURG, N.H. — At the northernmost tip of New Hampshire, the tiny town of Pittsburg is more likely to get mobbed by snowmobile enthusiasts than presidential candidates.

Of the hundreds of visits made by White House hopefuls to the state over the last nine months or so, this town of about 800 people known for its beautiful lakes, trails and fly fishing, has been largely ignored. The lone presidential candidate who paid Pittsburg a visit — South Carolina Senator Lindsey Graham — isn’t even running anymore.

But if residents were to lobby for a candidate visit, they’d want Donald Trump, who is the clear favorite up here. The outspoken businessman’s signs are outnumbered only by those decrying the Northern Pass, a proposed 180-mile, $1.1 billion power line that would run right through the town’s scenic vistas. 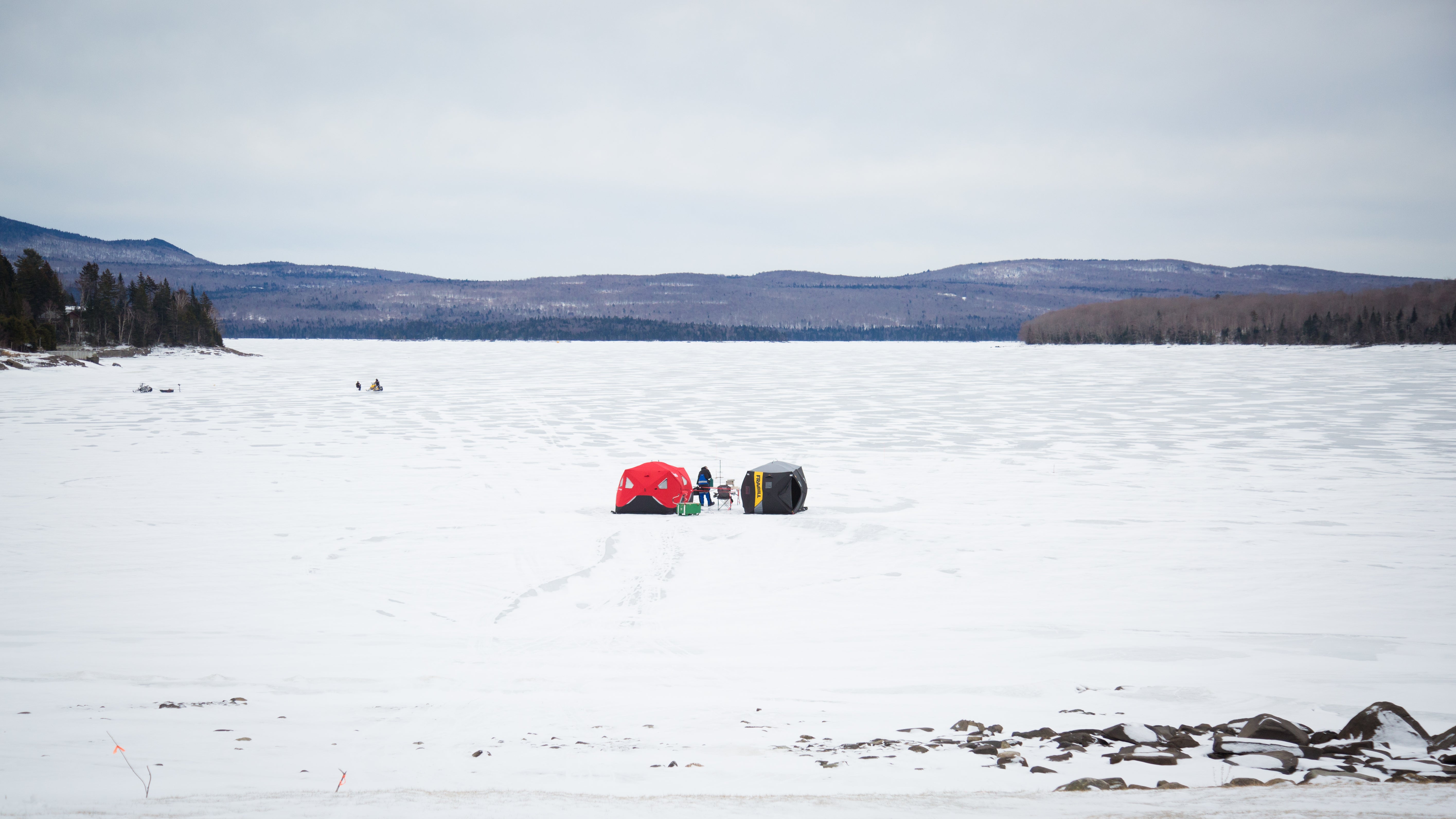 The “live free or die’’ motto is taken very seriously in Pittsburg, where voters overwhelmingly supported Mitt Romney in 2012, giving him almost 63 percent of the vote.

But not everyone is disappointed with the lack of political attention. In fact, some residents are happy to let the political circus pass them by.

“I won’t have anything to do with politics in any way, shape or form,’’ said Al Goudreau, who owns Treats and Treasures General Store, an establishment that caters to residents looking to pick up a six pack or gallon of milk, or tourists seeking homemade fudge or a “Live Free or Die’’ t-shirt. Al Goudreau measures out some of the fudge his wife makes to sell at their general store.

Goudreau grew up in southeastern Massachusetts and used to drive through Pittsburg on the way to Canada with his family. Eight years ago, he spotted the 50-year-old store for sale along Rt. 3 in town, and he and his wife decided to buy it.

The store’s Facebook page, which has almost 4,700 likes, or about five times the population of Pittsburg proper, advertises loads of smelt, shiners and other ice fishing bait.

“We get a lot of people who like to come to the end of the earth and get away from it all,’’ he said. Goudreau’s store on Rt. 3 in Pittsburg.

Kneiland Wheeler, 87, stopped by Treats and Treasures the day before the primary to chat with Goudreau. Wearing Bean Boots that are probably older than many of the suburban kids buying them these days, he said he’s still “jumbling around,’’ trying to decide which Republican to vote for. He’s not telling who his frontrunners are. In his eight years running the store, all of them during President Obama’s tenure, Goudreau hasn’t had to turn away too many politicians. He can’t think of one presidential candidate who visited this year. When the odd senator or representative does stop in, the message is clear.

“We’ll just let them know we’re just not into the political scene,’’ he said. “We’re nice about it.’’ Photos of hunters and their game line the wall at Treats and Treasures, the most northern deer check station in the state.

Though Pittsburg might escape from the physical presence of candidates, they’re not immune from the political fervor that has taken over New Hampshire.

Luckily for him, by Wednesday, those calls will finally cease. “Leonardio DeMoosio,’’ an animatronic moose, on display at Treats and Treasures.