Former Boston Globe editor Marty Baron emphatically approves of the Oscar-nominated film Spotlight, in which he is portrayed by Liev Schreiber.

But there’s one scene Baron wishes had been in the movie.

Reflecting in The Washington Post ahead of Spotlight’s turn at the Academy Awards, Baron writes that a particular real-life speech railing against the Globe’s investigation into the Catholic Church sexual abuse scandal has stuck with him almost 15 years later.

“Occasionally I have been asked what I would have liked to see in the movie that was not portrayed,’’ he writes. “One answer, I confess, is a product of my own anger that the years have yet to extinguish.’’

I’m referring to a Nov. 4, 2002, speech given by Mary Ann Glendon, a Harvard law professor who would later become U.S. ambassador to the Vatican. “All I can say,’’ she declared before a conference of Catholics, “is that if fairness and accuracy have anything to do with it, awarding the Pulitzer Prize to the Boston Globe would be like giving the Nobel Peace Prize to Osama bin Laden.’’

Glendon’s infamous analogy came amid a lengthy criticism of the Globe. Glendon also said that the Globe had created a “climate of hysteria the likes of which has not been seen in Boston since the Ursuline convent was burnt down.’’

As Baron tells it, that speech was emblematic of larger issues.

“A brief glimpse of the speech might have said volumes about the culture of denial and defiance that afflicted the Church before, and for long after, our investigation,’’ he writes.

Despite Glendon’s bin Laden analogy, the Globe would go on to write 600 articles on the scandal. The paper was awarded the Pulitzer Prize for Public Service in 2003 for its “courageous, comprehensive coverage’’ that “pierced secrecy, stirred local, national, and international reaction, and produced changes.’’

And on Sunday night at the Oscars, the reporters who worked on those stories will be ready and hoping to accept another award. 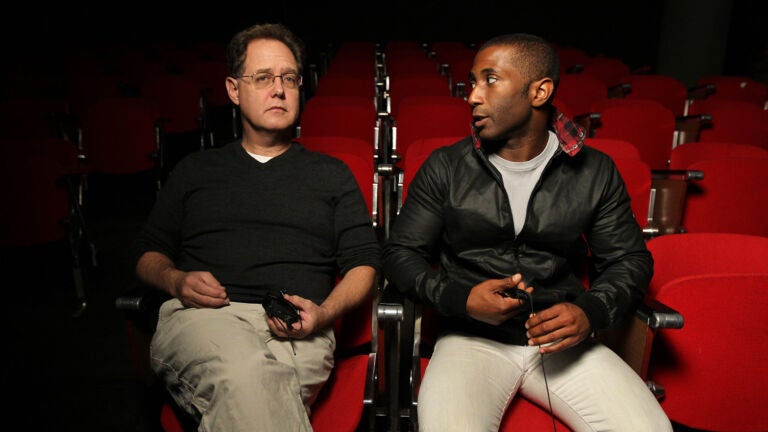