Hillary Clinton’s campaign has been “reminded’’ not to solicit votes near polling sites after President Bill Clinton ventured into a polling location in Boston on Tuesday, the Secretary of the Commonwealth’s office said.

Massachusetts election rules forbid the solicitation of a vote for or against a candidate, party, or position within 150 feet of a polling place.

Alongside Boston Mayor Marty Walsh, Clinton greeted election workers and voters on Tuesday at the Holy Name Parish School, a polling location in West Roxbury. The former president chatted up voters, kissed an old lady on the head, posed for photos, and bought a cup of coffee, MassLive reports.

Brian McNiff, a spokesman for Secretary of the Commonwealth William Galvin, said he had heard about Bill Clinton’s presence. McNiff said that Hillary Clinton’s campaign “has been reminded’’ of the 150-foot rule.

Bonnie McGilpin, a spokeswoman for Walsh’s office, said Walsh joined Clinton to thank poll workers, but “they were not campaigning inside the polling location.’’

McNiff was asked if Clinton’s presence would, on its own, constitute a solicitation.

“He’s a well known person. And he’s a spouse of a candidate,’’ McNiff said. “That should answer the question.’’

He declined to further elaborate.

However, Galvin told The New York Times it was acceptable for Clinton to enter a polling place—so long as he did not solicit votes. He said he had to remind poll workers “that even a president can’t go inside and work a polling place.’’

“He can go in, but he can’t approach voters,’’ Galvin said. “We just took the extra precaution of telling them because this is not a usual occurrence. You don’t usually get a president doing this.’’

At one point during Clinton’s visit in West Roxbury, a woman asked to take a photo with Clinton.

“As long as we’re not violating any election laws,’’ he said, according to MassLive.

The visit to West Roxbury was the first of four planned stops Clinton made in Massachusetts on Tuesday to promote the candidacy of his wife Hillary.

Bill Clinton also stopped for photos and hand-shaking at the Free Library in Newton, where a crowd of about 200 people had assembled, The Boston Globe reports.

Clinton’s campaign did not immediately respond to a request for comment. 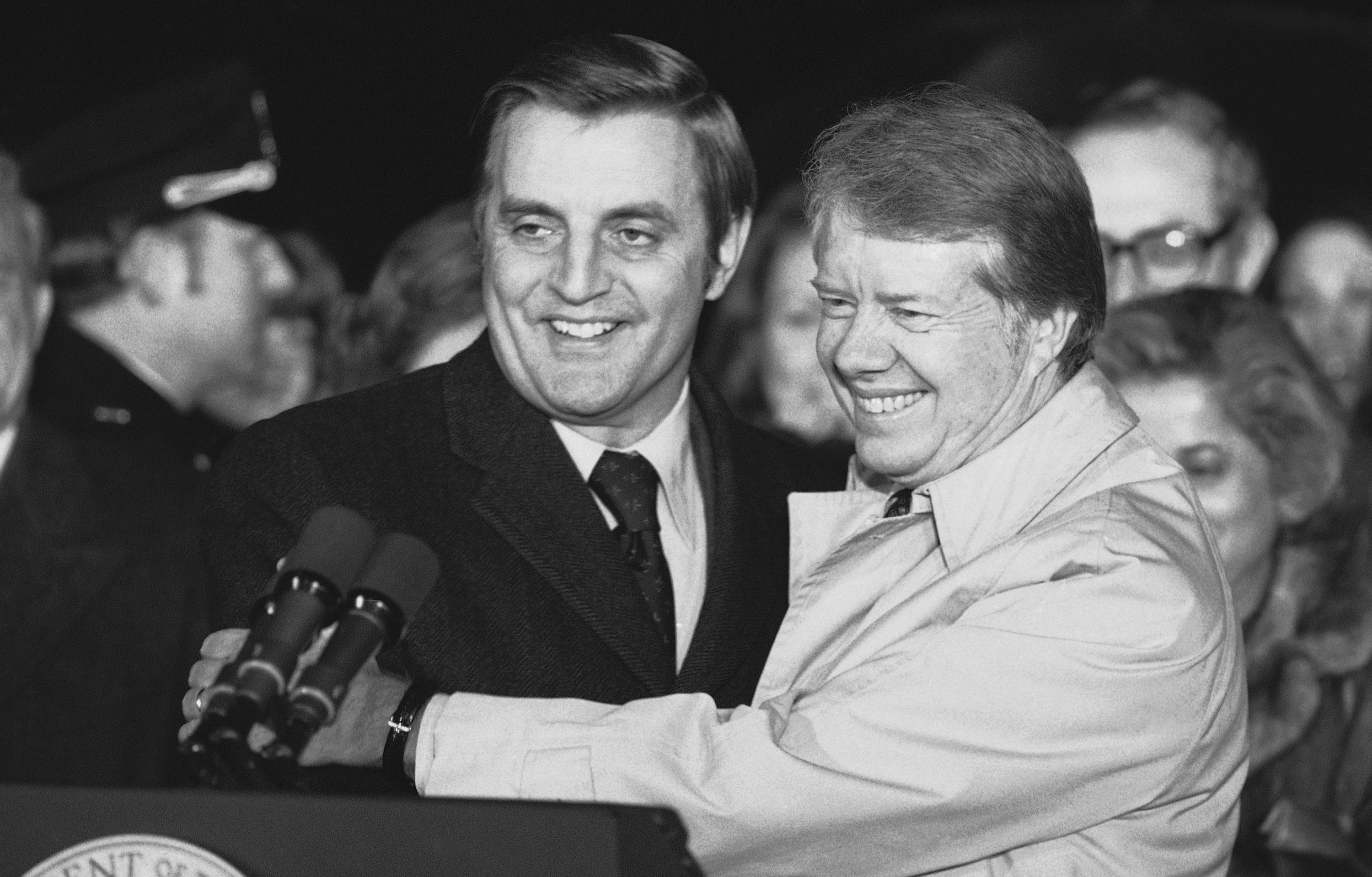