An early morning crash in Randolph left one person dead, according to Massachusetts State Police.

The single-car crash happened on Route 24 southbound at 1:39 a.m., when a Chevrolet van veered off the road and into the grass median, according to a statement from police. The van then crossed the roadway and rolled over the guardrail on the right shoulder.

Police say the driver was ejected and pronounced dead at the scene. A passenger suffered serious injuries and was taken by ambulance to Good Samaritan Medical Center in Brockton.

The crash was cleared before the morning commute. The cause of the crash remains under investigation. 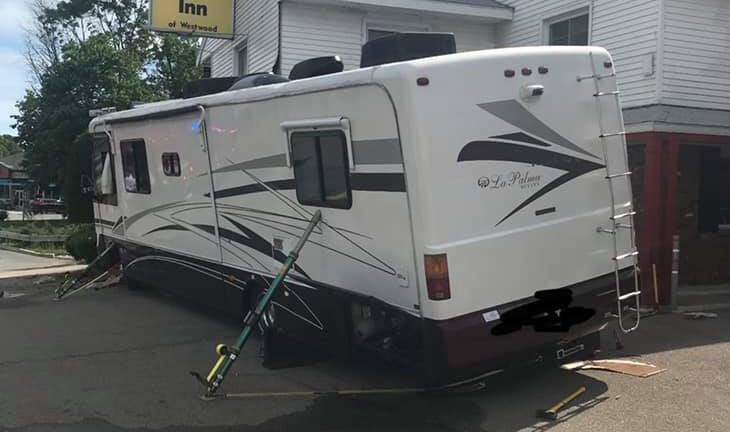 One hospitalized after RV crashes into Westwood hotel